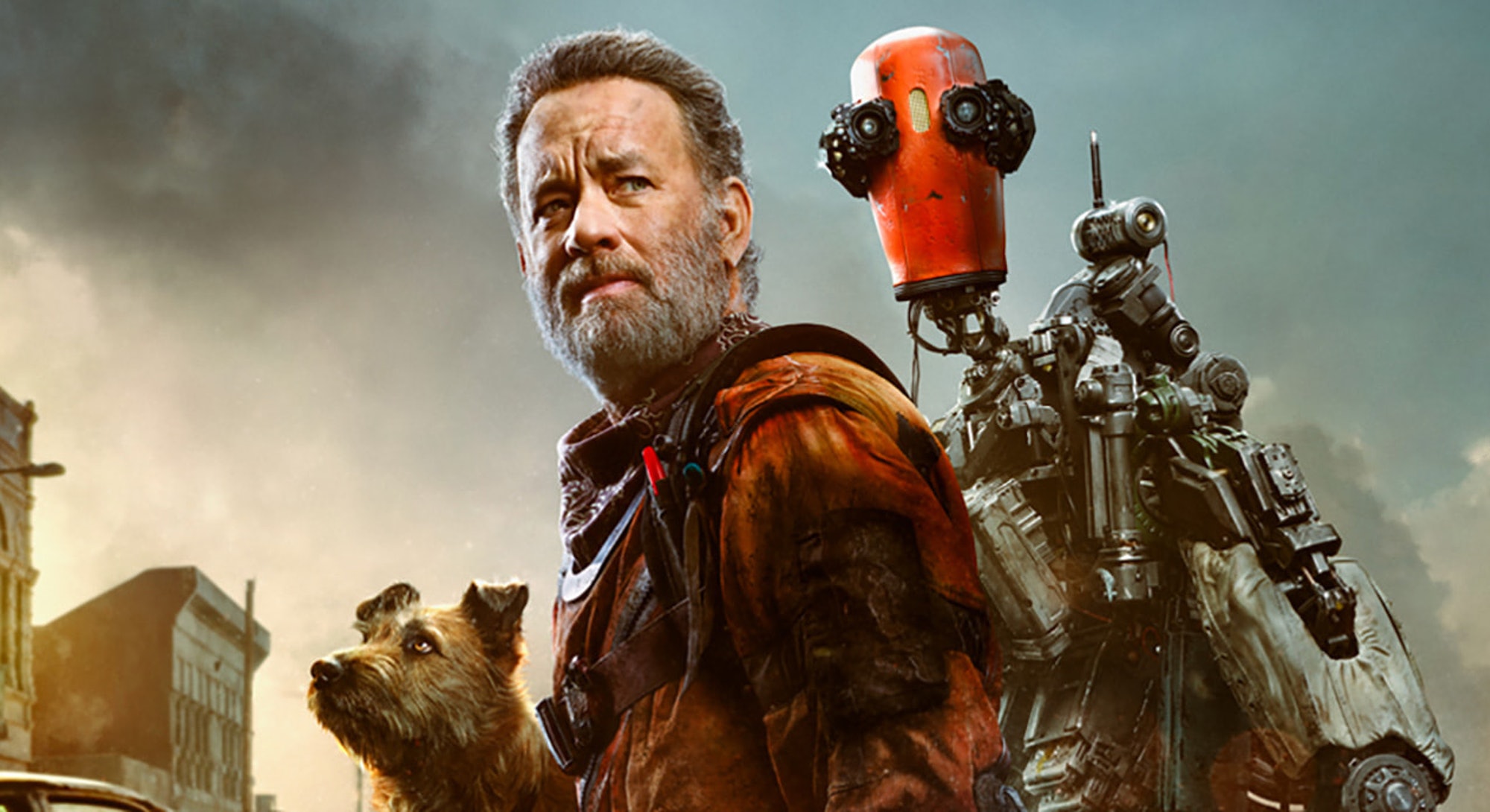 Finch, an Apple TV+ original movie, is marketed as a post-apocalyptic sci-fi drama. But you could also describe it as Tom Hanks’ Greatest Hits.

There’s a heart-warming bond between man and man’s best friend a la Turner and Hooch, albeit with a lot less slobber. Just as he did in the majority of Cast Away, Hanks has to carry the entire picture without any other human interaction; apart from a brief, tragic flashback, his grizzled, world-weary face is the only one shown. And echoing the heroes in Joe Versus the Volcano and Philadelphia, his titular character also has to deal with the knowledge he’s not long for this world. The film is even executive-produced by regular partner-in-crime Robert Zemeckis.

Hanks retreads familiar ground in Finch, and the movie’s low-key approach means it is unlikely to do better than the Best Sound Oscar nod that Hanks’ previous Apple TV+ venture, Greyhound, received earlier this year. Yet, this sci-fi drama is second only to CODA as the platform’s best original feature film to date.

The long-delayed film – it was initially intended to hit theaters in October last year – has inevitably taken on much more prescience, too. Finch takes place in a post-apocalyptic America devastated by a radioactive solar flare which, in a vampiric kind of way, has made sunlight the number one enemy. As presumably one of the few men left on Earth, Hanks’ inventor spends his days scouring barren cities for resources, outfitted in full hazmat gear before returning to an underground bunker with only a canine and some primitive robots for company. Self-isolation to the extreme, you could say.

However, Finch has plans to upgrade to an all-seeing, all-knowing android capable of caring for his beloved pet Goodyear for when all the coughing and blood-spluttering eventually turns fatal. It’s here where the movie evolves from a relatively straight survival tale to a blend of apocalypse pic, road trip movie, and buddy comedy as the motley crew head to San Francisco — the Golden Gate Bridge, in particular — to escape an impending storm and tick off one last bucket item list.

Finch is by no means a cuddly, family-friendly caper.

Jeff, as the robot later christens himself to Finch’s amusement, is an instantly lovable creation brought to life by a man more renowned for playing creepy oddballs. Caleb Landry Jones (Three Billboards Outside Ebbing, Missouri, Get Out) provides plenty of light relief early on, not only as the often apologetic voice of the substitute dog sitter but with the gangly movements captured by the actor sporting a displacement suit on stilts.

All the pratfalls and recycling of encyclopedic details at any opportune moment (“Did you know Albert Einstein was born with an abnormally large head?”) will delight viewers awaiting that proposed Short Circuit reboot. Yet even with an adorable mutt along for the ride, too, Finch is by no means a cuddly family-friendly caper; see the decomposed bodies which litter the opening supermarket scavenge, for example. This is also a film that spends much of its second hour attempting to explain the concept of trust to a bemused Jeff, only to extol the message of “trust no one.”

That slightly contradicts Hanks’ recent claims that Finch is free of the cynicism that typically defines the end of the world genre. But showbiz’s ultimate Mr. Nice Guy is right to applaud the fact that Finch doesn’t need to rely on “bloodthirsty bikers from hell” or “murderous zombies” to heighten the sense of jeopardy.

No stranger to awe-inspiring action sequences (his credits include the “Battle of the Bastards” episode of Game of Thrones), director Miguel Sapochnik throws the trio into the eye of a storm during the most perilous scene. Towering dust clouds and the unforgiving skin-blistering heat further prove that the elements are far more threatening than any Mad Max-esque renegades.

Sapochnik, whose last film was the much bloodier sci-fi Repo Men in 2010, captures the beauty of this new world, too, from the long stretches of glistening New Mexico sand that’s remained intact to the breath-taking Aurora Borealis now clearly visible in St. Louis. It’s a shame such arresting imagery cannot be experienced on the big screen.

Hanks’ performance, though, is much better suited to the small one. Craig Luck and Ivor Powell’s script doesn’t give Finch much of a tear-jerking backstory to recall – we don’t know much more about his pre-apocalyptic life at the end credits than we do the opening — nor does it ask him to answer any big universal questions.

At its heart, Finch is an intimate old-man-and-his-dog tale that just happens to be set amidst the most epic of scenarios. And Hanks’ quiet, dignified turn helps to keep things grounded. Even his most obvious awards-baiting scene, a resignation that he hasn’t lived life as fully as he’d liked, is delivered with impressive restraint.

Finch’s best moments culminate in a memorable if uneven sci-fi picture that stands out as one of Apple TV+’s best films.