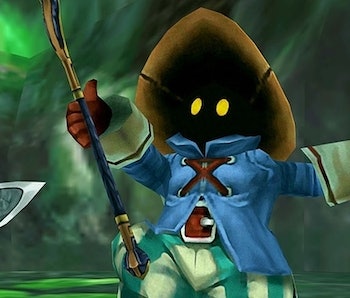 One of the best Final Fantasy games ever is about to return in a big way. As reported by Kidscreen in June 2021, an animated series based on Final Fantasy IX is currently in development more than two decades after the original game’s release. What’s particularly surprising about this is that outside of crossover games like Dissidia (where many Final Fantasy heroes and villains come together to brawl), FF9 has seen nothing in the way of spinoffs or tie-ins in other media formats. Why now? Who’s making it? And what sort of narrative will it explore? Here’s all that and more.

When will the Final Fantasy 9 animated series be released?

The short answer is that we don’t know yet, but it will likely take several years before the series is released. It was announced in June 2021, and production presumably began in late 2021 or early 2022.

By comparison, the series Droners from the same production company was announced in March 2017 and it took more than three years before it premiered. It’s possible Final Fantasy IX might be on an accelerated timeline. The best-case scenario here is probably early 2023 in all likelihood.

Is there a Final Fantasy 9 animated series trailer?

No, there is not. However, Bruno Danzel d’Aumont from Cyber Group Studios revealed to Animation Magazine in May 2022 that the show would make some kind of debut at the Licensing Expo taking place in Las Vegas from May 24 to May 26, 2022. "[The Expo] will be a great opportunity to share our upcoming plans with our licensees, agents, and new partners," d’Aumont said. "Additionally, our most recently developed shows — Digital Girl, The McFire Family, Press Start!, and Final Fantasy IX — will be presented for the first time.”

As the vice president of international licensing and marketing for the studio behind the series, he’s certainly privy to such knowledge. So it would seem that we’ll get some kind of trailer. In any case, we’ll update this space once anything official comes through.

What is the Final Fantasy 9 animated series story?

An official press release says that the upcoming series will be “an adaptation of the timeless classic.” So that makes it pretty clear that the show will follow the same story as the original game.

Set during a war in a medieval fantasy world called Gaia, FF9 follows a roguish thief with a monkey tail named Zidane who kidnaps Alexandrian Princess Garnet Til Alexandros XVII as part of a scheme with the neighboring nation of Lindblum. Along with a colorful assortment of fantastical friends they meet along the way, Zidane and Garnet are gradually entangled in a grave quest to save the world.

Here’s a look at a trailer for the PlayStation 4 remaster:

Final Fantasy VI, VII, VII, X, XII, XIII, and XV lean heavily on science fiction and cyberpunk or steampunk, but Final Fantasy IX is much more in line with the classic style of medieval high fantasy. You get a thief, summoners, traditional knights and black mages, and plenty of other iconic imagery reminiscent of the first few entries in the franchise. The central romance is a major part of the story, but despite that, the overall experience is easily one of the most lighthearted and kid-friendly Final Fantasy stories ever. The grand tale, which begins political and gradually spirals outward into mind-bending cosmic drama, is memorable, wholesome, and heartbreaking.

Who is producing the Final Fantasy 9 animated series?

Cyber Group Studios will produce the animated series at its Paris and Roubais, France locations. Most of the studio’s previous work is animation aimed at pre-teens and younger children.

“We are honored and enthusiastic to participate with our friends of Square Enix in such a great adventure,” Cyber Group Studio’s Chairman of the Board and CEO Pierre Sissmann said in an official press release.

While the new animated series will likely cater to a younger audience overall, the official release makes it seem like the studio hopes that it’ll appeal to older fans as well. “8-13-year-old kids” is the specific target audience, however.

“The opportunity to reach such a large crowd with hundreds of millions of fans around the world as well as a new public of both kids and adults is an immense challenge that we feel extremely proud about,” COO Dominique Bourse said. “It is a dream come true for our teams in France and in the U.S and we already look forward to creating a great piece of entertainment that respects this fantastic brand.”

Is the Final Fantasy 9 animated series an “anime”?

The answer here might depend on who you ask. Many would say that an anime has to be produced in Japan, similar to the fact that all scotch has to be made in Scotland. Beyond the specific classifications that come with the country of origin, it seems like the FF9 series will be something closer to a children’s cartoon than anything resembling anime in the traditional sense.

This article was originally published on June 28, 2021