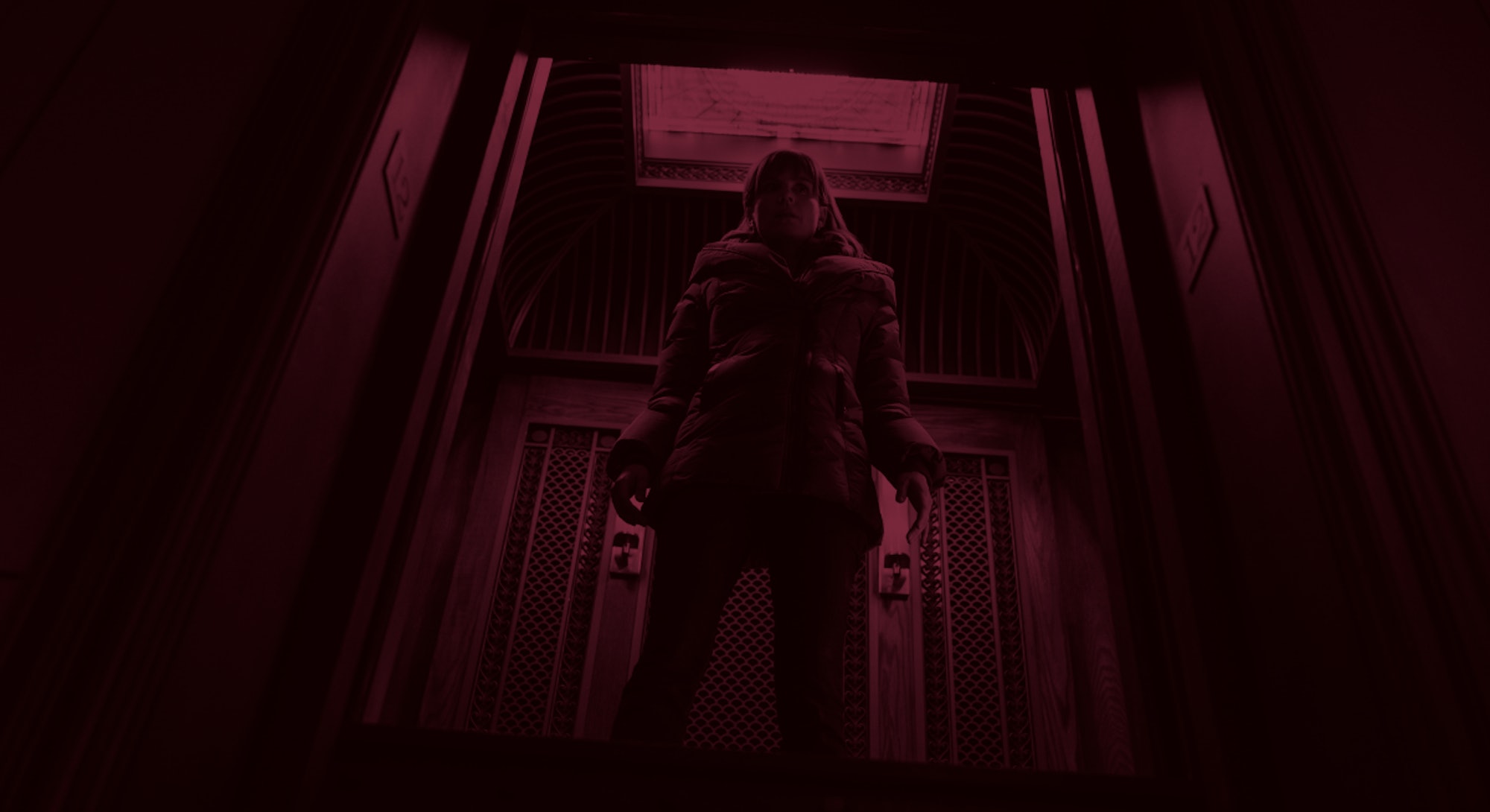 Over Zoom, Dutch actress Katja Herbers runs through the Ten Commandments in her head.

She doesn’t list all of them. But Herbers knows which ones Dr. Kristen Bouchard, her role in the acclaimed television drama Evil, is guilty of most. “Lust, definitely,” she tells Inverse.

But what about: Thou shalt not murder?

On June 20, Evil returns for its anticipated second season. This time, new episodes premiere on the streaming service Paramount+ instead of on CBS where it first aired during Season 1.

But Evil hasn’t lost a step. The brainchild of TV auteurs Robert and Michelle King (The Good Wife), Evil is still a gripping, scary, sometimes funny, sometimes sexy show that at first champions science over the supernatural — until a point when science can’t explain everything.

Still at the center is skeptic Kristen Bouchard, who works on alleged demonic cases with dry tech expert Ben (Aasif Mandvi) and priest-in-training David (Mike Colter), with whom Kristen shares an insatiable, will-they-won’t-they dynamic reminiscent of Scully and Mulder of The X-Files.

But while the three take on demons (again, allegedly), it’s Kristen now battling demons of her own. In Evil’s Season 1 cliffhanger finale from pre-pandemic 2020, it’s heavily implied Kristen murdered Orson LeRoux, a convicted killer and rapist who threatened her and her four young daughters. Season 2 at last provides a picture to Kristen’s actions. The details are grisly.

As the first few episodes more or less confirm, Kristen did kill Orson LeRoux. And she shows little regret, even though it could destroy her world.

“She’s relieved this guy is no longer going to kill her daughters, but [she is] forever haunted by what she did,” Herbers says. “I don’t think she’s lying awake at night. She thinks she did the right thing. But she is now forever a murderer.”

In Evil Season 2, Herbers believes Kristen has become “more powerful” even if she’s compromised by her conscience.

“I think what she did and the exploration of her sexuality, it’s definitely coming from a place of incredible force and power,” she says. “It’s definitely opened the floodgates for all kinds of behavior that may not be considered ‘good.’”

In an interview with Inverse, Herbers previews Evil Season 2, how Covid-19 has changed the making of the show, whether she’d ever return to Westworld, and the perks of moving from CBS to streaming.

Probably both. Getting caught would mean going to jail and not being with her children. Her children will be safe, however, she would no longer be able to be their mother. I think that’s a real, huge fear.

[As far as] her soul, she doesn’t believe in God and she doesn’t think she is now going to hell or anything like that. But I do think such a thing would eat away at someone. She gets these hallucinations and she starts to act out in her life in different ways. She’s in a very interesting place for an actor to get into. That was wonderful for me.

What else awaits Kristen — and her friends, and family — in Evil Season 2?

We’re going to go deeper into how she is dealing with what she did. Her hallucinations are going to become worse and I think she’s going to have to do something. She is going to act out more and become sort of — “unhinged” is not the right word, but things are going to start happening to her. She is also still trying to be a good mother. My husband is going to come back at some point. He obviously doesn’t know about any of this. I am now flirting with adultery. That’s happening. Those scenes were great to play.

There was so much sexual tension between Kristen and David in Season 1 of Evil. Will we see more of that in Season 2?

Yeah, I think so. These two characters are very attracted to each other, not just physically but intellectually, which just makes it more yummy, right? I don’t think that’s going to go away as long as they are seeing each other on a daily basis and working with each other. However, she does respect him and wants to be respectful to his path, and [she] cares for him, genuinely, as a friend. But up to what point? We’ll have to see.

Evil wasn’t the only show to resume during the pandemic, but how did filming Season 2 feel different from Season 1? I noticed there are lots of episodes with sparse extras and fewer crowds.

Yeah, absolutely. There were very specific protocols of what you could and could not do on set and one of the things was how many extras you can have. But I don’t think that impacted the story we wanted to tell, it just meant less people on the screen.

“Filming Season 3 is going to be such a breeze.”

The crew is now always masked. We [actors] are masked up until we take them off right before action. That was a little hard, and I’m very proud we got to even film 13 episodes during a pandemic. Filming Season 3 is going to be such a breeze, we’re going to all be naked all the time. You’re going to be able to see people’s faces and connect, which is something I’ve missed so much.

Speaking of, there are minor references to Covid-19 in Evil. But does the pandemic exist in the world of Evil as it does in ours?

References do exist, but you don’t have to worry that we’re all wearing masks. It doesn’t hit. There is a reference to a plague, which is from the Bible. And I think Ben on his board with notes, you do see the Covid spiky thing on the wall. We do have that, but we’re not going to be masked. Don’t worry. People don’t want to see masked people anymore.

Evil found a huge audience on Netflix last year. What was making Season 2 like knowing it was on Paramount+ instead of broadcast TV? Did that change the content?

We only heard about the move to Paramount+ when we were deep into filming Season 2. So I would say no. But we did go back and add a bunch of stuff in ADR where I could take out “Darn it” for “Fuck it,” which seems so much more appropriate for the situation Kristen is in.

I’m very excited about the move for a variety of reasons. One, I think TV is dead. Two, I think it allows us more freedom going forward. We do not have to conform to 43 minutes exactly, which is what you have to do on CBS. And it just means people can watch it on their own time which is just the modern way of watching TV. I’m happy about it.

I know it was a long road to Season 2, but is there talk of Season 3?

I’d like to talk about it. We haven’t been officially picked up but I don’t see a world we don’t, especially after being a hit on Netflix. We were trending for four weeks in the top ten. I think it would be quite silly not to give us a third season. I would be very excited to tell more of this story.

“I do believe there is more than we can see with our eyes.”

A quick detour to another universe: You had a key role on Westworld. Do you think you’ll come back for Season 4?

There could be so many more of her because she was wearing that hat and the hat had that copy system in it. There’s so many versions of me somewhere in the Delos system. There could be infinite copies of me brought back at any time if they wanted to.

Do you believe in ghosts? Demons? Angels?

I’m not religious. I do believe there is more than we can see with our eyes. I think life is so magical, there is a lot we don’t understand yet. But I think science would have a way to explain it once we get there.