'Thor: Love and Thunder' is about to do one powerful thing the MCU has never done 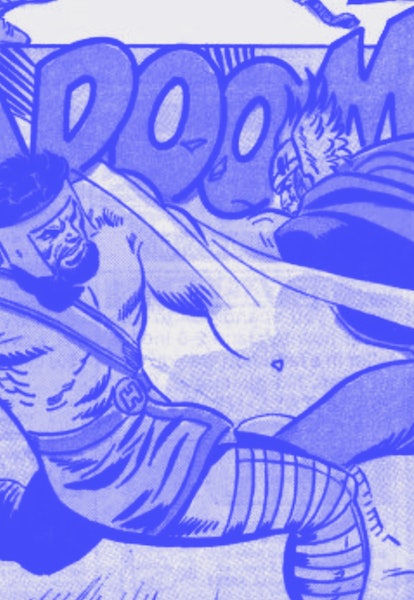 Are they mortal beings who possess power beyond the average denizen? Or do they transcend mortal form, their legacies granting them immortality and the power to change the universe long after they’ve perished?

In other words: Are superheroes gods? And if so, what does that mean for the actual “gods” of these fictional universes?

It’s popular to argue that characters like Superman, Black Panther, the Hulk, and Wonder Woman make up a modern mythology on par with the Greek Gods (though plenty of people have argued the exact opposite). In a 2012 essay for The Guardian, Loki star Tom Hiddleston even wrote that “superhero films offer a shared, faithless, modern mythology, through which these truths can be explored,” offering a shared canvas in our modern, secular society.

Superheros may fall short of religion (for now), but there’s no question these stories have shaped people’s lives and even given them hope.

But I’m curious if the deification of superheroes can exist within the text of the Marvel Cinematic Universe. In that universe, in which men and women have saved the world many times over — and where the Norse gods of legends are in fact an alien race only once believed to be gods — is there still room for religion?

What place do gods have amidst heroes and aliens?

The MCU’s pantheon is about to expand. Chloe Zhao’s Eternals and Taika Waititi’s Thor: Love and Thunder are ushering in new gods (sorry, DC Comics). In the process, it could change the MCU forever. Here’s how.

Spaning centuries, Zhao’s Eternals will introduce an immortal race of beings who, based on Jack Kirby’s work, were once believed to be the Greek gods of myth during ancient times. Inspired by Erich von Daniken's book, Chariots of the Gods, Kirby’s Eternals proposed that the beings mankind once believed to be gods were in fact extraterrestrials. The names of the Eternals — Ikaris, Thena, Sersi, Zuras — are obviously shared in part with their Greek counterparts: Icarus, Athena, Circe, and Zeus.

While The Eternals originally existed as its own distinct narrative, largely separate from the rest of the Marvel Universe, the book’s cancellation and the characters use in Roy Thomas and Mark Gruenwald’s Thor tied the Eternals to the rest of Marvel, which had already established the existence of Greek Gods.

A retcon established the Eternals and Marvel’s Greek Gods as separate beings, with the Eternals serving as benevolent posers. They were given permission by the gods of Olympus to be their representations on Earth, but eventually, the gods grew jealous and war broke out between the two factions. The Greek gods won, proving the superior might of the Olympians.

When Eternals was first announced by Marvel Studios, I considered the possibility that, in an effort to streamline the mythology, the Eternals might actually be the Greek Gods, akin to the Asgardians being both the actually deities who were once worshipped and aliens. But that doesn’t appear to be the case given another upcoming Marvel movie.

We know Waititi will introduce Greek gods into Thor: Love and Thunder but we don’t know much beyond that.

It’s unknown at the time how many gods appear or what role they’ll play, but Russell Crowe has been confirmed to play Zeus in the film. Theoretically, Zeus is an entirely separate character from Zuras, who does not appear to be featured in Eternals. There’s a likelihood that Crowe’s role will be small and only serve as a show of strength for Gorr the God Butcher (Christian Bale) as he makes good on his name.

We may not get much of the Greek gods in the film, but the existence of Zeus suggests an eventual appearance by his son Hercules, a Marvel Comics mainstay who has been a long rumored to make his MCU debut in Phase 4.

A long-time time member of the Avengers (and the former romantic partner of She-Hulk), Hercules highlights the thin line between Marvel superheroes and Marvel gods (arguably even more so than Thor). In the comics, Hercules is a showboat.

This isn’t so different from the myths surrounding his character, but the demi-god thrives on the public attention that comes from being a superhero and over the years consistently found himself vying for leadership positions and team placement.

If Waititi’s sticking to Jason Aaron’s Thor run there’s a good chance we’ll see other gods appear as Gorr begins his crusade against the gods. In the comics, Gorr’s hatred comes from his loss of faith. When his people and world died, he thought that gods did not exist. When he found that they did exist, but did nothing to save them, he sought to wipe them from existence. Gorr’s crisis of faith eventually sets up to serve as a foil to Jane Foster’s The Mighty Thor.

Faith in the MCU

Jane Foster’s atheism is a major theme in Jason Aaron’s run on The Mighty Thor. As Jane faces dying from cancer, the tragedies of her life strip away her ability to believe in a higher power.

She is, of course, aware of the irony, given her place among the Asgardians. But similar to the MCU, her view of those gods takes the Arthur C. Clarke route (magic is science we just don’t understand yet) so it would stand to reason that divinity is just another form of science too.

For Jane, gods are superheroes: Imperfect and fallible beings who do their best but are not all-mighty. Yet, in taking up Mjolnir, Jane sets out become the god she wishes she believed in, and the one that Gorr so desperately wanted to save himself and his people.

She takes on the mantle of Thor as a means to be more than a superhero, but to ignite the spark of belief that gods are present, listening, and active in the lives of believers and non-believers alike.

There is brilliance in what Jason Aaron achieves through this arc, and it’s something that I fear Waititi, given his preference for comedy and the long list of characters appearing in the fourth Thor film, may gloss over for the sake of a joke.

The MCU has a real opportunity to explore how the presence of superheroes changes humanity’s faith and the need for religion. After witnessing the might of the TVA and He Who Remains in Loki, it’s worth wondering if higher power in the MCU all boils down to aliens, time-travel, and cosmic forces. If so, how does that affect heroes whose faith helps define them, like the Kamala Khan (aka, Ms. Marvel)?