How Covid-19 brought Danny Elfman back to rock

"Sex is just the monster that’s in every human." 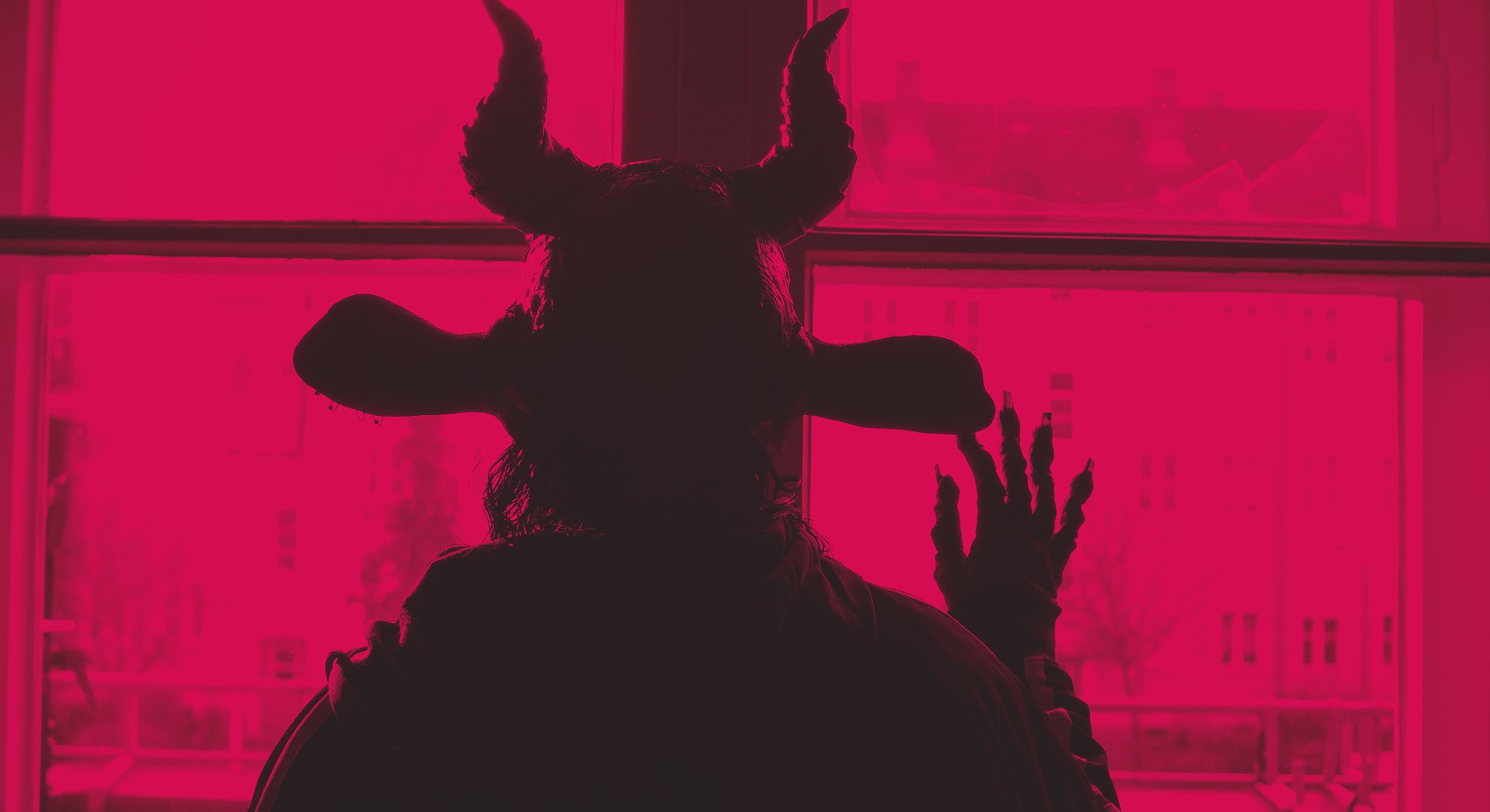 Danny Elfman was supposed to be busy in 2020.

From cello concertos in London to Coachella, the 67-year-old composer and former frontman of Oingo Boingo was going to have such a crazy year he didn’t even know if he’d score a movie, a trade that’s earned Elfman numerous Oscar and Grammy nominations. Then, “It all collapsed.”

“I had like, 22 concerts booked, and I’ll try to work a film in somewhere,” Elfman tells Inverse. But by March 2020, the musician felt a “catastrophic double-whammy.”

“Not only were there no concerts,” he says, “but I also didn’t have films in the pipeline.”

As Covid-19 spread and brought the spinning world to a halt, Elfman found himself with a lot of time. While most people took up hobbies like bread-making or quilting, Elfman, whose film scores include Beetlejuice (1988), Batman (1989), The Nightmare Before Christmas (1994), Spider-Man (2002), Alice in Wonderland (2011) — plus Marvel’s Doctor Strange in the Multiverse of Madness in 2022 and the upcoming Adam Driver sci-fi film 65 — returned to what he thought he had left behind: rock music.

“The weird hobby for me was, after a quarter-century moving on, banging away songs with the electric guitar,” Elfman says. “I hadn’t expected I was going to do that. That’s just where I was in quarantine. I started writing.”

At the start of the pandemic, Elfman and his family retreated to an isolated second home outside Los Angeles where he spent the rest of the year on a new, untitled solo album, his first since 1984’s So-Lo. Following the release of “Happy” in December 2020 and “Sorry” in January 2021, he released a third single in February titled “Love in the Time of Covid,” a darkly funny song about sexual frustration and social distancing. The song debuted with a music video by German director Sven Gutjahr and transgender performer Shrek 666 in the lead role.

Inverse: “Love in the Time of Covid” is about love, lust, and a lack thereof while living in lockdown. What does Danny Elfman know about being single during a pandemic?

Danny Elfman: I didn’t know anything, other than I was single for a long time in my life. I’m a hermit. Me in my twenties was not substantially different than somebody in quarantine in the 2020s.

I was not a social person. I didn't go to parties, didn’t go to bars, I didn’t have a lot of friends. There is no doubt in my mind that if we had dating apps back in those days, that’s where I would be. It wasn’t that big a stretch of my imagination to go, That’s what I would have been doing. I know what it feels like, even though I didn’t experience that specifically in the last year.

What inspired “Love in the Time of Covid”?

The music video for “Love in the Time of Covid” juxtaposes eroticism with monstrosity. What’s monstrous about sex, and what’s sexy about monsters?

There’s nothing monstrous about sex. Sex is just the monster that’s in every human. Sex or lackthereof, or too much of it, with the wrong person or the right person, defines our entire existence. It drives the human bus, as it were.

You have a new album coming up. Are there other songs on it like “Love in the Time of Covid” that explores the bizarreness of the past year?

There’s gonna be more that in less direct ways deals with 2020. As these songs come out you’re gonna find a mixture. I got a lot of frustration and anger, especially living in America the last four years. That’s how I was feeling in those months.

I’m someone who really relies on family interaction. I don’t have a lot of outside friends, but the friends and family I have I see frequently. For a decade I’ve had a Sunday volleyball game. It’s this highly competitive thing that is part of my social existence. We’re all nerdy people who write or compose behind computers in art and films, and we let out steam with a ball. And we have a big meal afterwards. Letting that go was huge for me.

Do you think a rock song about Covid will scare away anyone looking for escapism?

If anybody’s looking for pure escapism, they’re not going to find much joy in the work I’m doing now. A lot of what I’m doing is my own anger and frustration, balanced with absurdity. I finally came to live with the fact that this year, more than ever, two sides of me exist side by side. It’s the thing I’ve wrestled with being in Oingo Boingo for years: I wanted to be in a different band. No matter what I did, part of me was angry and not happy and wanted to do something else. That’s just my nature.

When I became a film composer, I realized that very thing that made it difficult to be in a band worked to my advantage. I can shoot from one extreme to another. I can do a heavy film, I can do a silly film, I can do a small, personal film. No matter what I did, I knew something opposite was coming, and that kept me happy.

We’re about to enter “Year Two” of Covid-19. What advice do you have for anyone trying to make it through this second year?

The idea of “Year Two” is hideous. We just have to focus. The end is in sight. It’s the only way I get through the day. I was looking forward to playing the Hollywood Bowl for Halloween last year. I just found out that won’t happen even next October. It’s still not in the safe zone. But I also know that’s close. Here we are in February, and as we push into January 2022, we’re gonna cross that line. We’ll go to movie theaters and concerts. I’ll get on stage if I’m still alive. I’m focusing on next winter.

You’ve said in the past you’re not interested in an Oingo Boingo reunion due to hearing problems onstage. Has the past year, a year without concerts, changed your mind at all?

There’s not going to be an Oingo Boingo reunion. When I say concerts, there’s different kinds of concerts. Orchestra doesn't challenge my hearing. Orchestras are simply not that loud. Being on stage, I was getting used to in-ear monitors. That’s the big change in my life, being able to stand in front of the drums and not kill my hearing.

You’re right, I did reach a point where I never wanted to be on a live stage again. But with this new technology, I think I can manage better because you have the ability to turn yourself down.

Out of curiosity, Michael Keaton is returning as Batman for The Flash in 2022. Do you know if you’re contributing any music to that movie?

I don’t have a say in how I’m going to participate. I’m either asked or not. People have an illusion a composer can choose what to compose but it doesn’t work that way. Just because it might be a storyline or an actor Danny might be good for doesn’t mean the director feels that way. Studios have their own agendas, and directors have people they’ve already worked with they like to work with. I have no idea who’s directing it, whose project it is, the personalities involved. Any project is likely no more than yes. But on the other hand, it’s not impossible.

I am starting to do bits of pre-work for Doctor Strange 2 that Sam Raimi’s directing. Even though I don’t start it for some months, there’s bits of recorded music they need for the sets. I believe I could announce I’m scoring this fantasy action sci-fi movie called 65. It’s a pretty wild piece of imagination.

"Love in the Time of Covid" is available to listen now.