“It was sort of waiting for me there.” 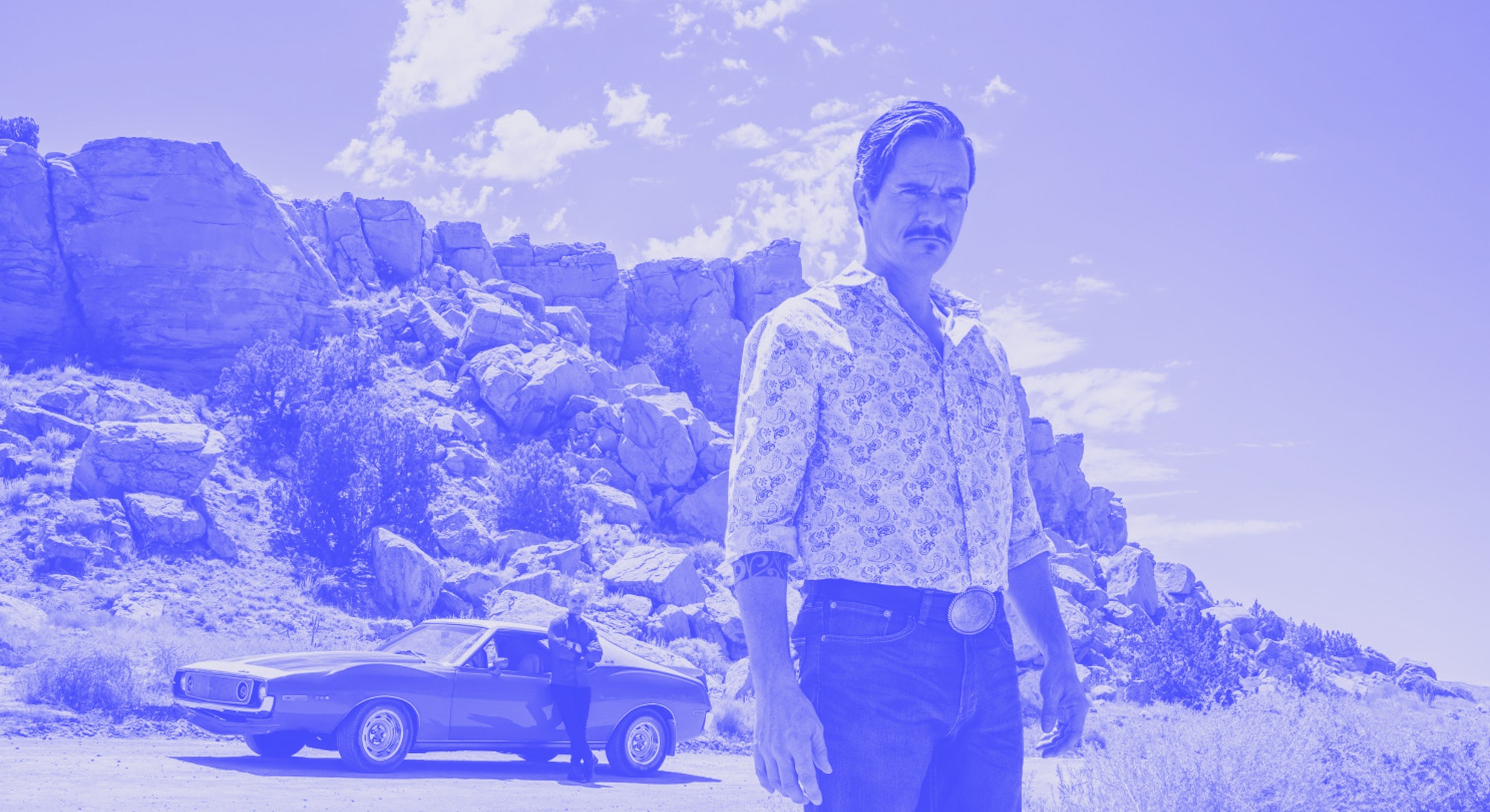 Over seven years, Better Call Saul has proven that prequels to beloved franchises can, in fact, be excellent.

One reason behind its success is that Better Call Saul, which dives into the life of egomaniac defense attorney Saul Goodman (Bob Odenkirk) before he met Breaking Bad meth concocters Walter White (Bryan Cranston) and Jesse Pinkman (Aaron Paul), is helmed by the AMC franchise’s original creators, Vince Gilligan and Peter Gould.

The second reason? Bringing in memorable characters from Breaking Bad and characters that were merely alluded to and expanding their roles, like Lalo Salamanca, who went from being a name uttered by Saul in Season 2 of Breaking Bad to part of the ensemble cast for Better Call Saul Seasons 4 and 5.

Lalo, portrayed by Texas-born Mexican actor Tony Dalton, is a member of the Juárez Cartel and nephew to drug kingpin Hector Salamanca. But instead of relying on cartel stereotypes, Dalton was given the creative liberty to make his character less of a caricature and more earnest, resulting in a truly terrifying blend of gregariousness and viciousness.

Dalton, best known for his roles in Sr. Ávila, Hawkeye, and Dueños del paraíso, feels that Better Call Saul was the perfect job.

“The character, which I love, fits in perfectly with my own background and my career. It was sort of waiting for me there,” Dalton tells Inverse. He also credits the role for opening doors to more English-language projects in Hollywood, like the aforementioned Marvel miniseries on Disney+. His addition to Better Call Saul “made everything fall into place.”

Now Dalton is preparing to say goodbye to Lalo Salamanca — for now, anyway — during the first half of the show’s sixth and final season, which begins on April 18 on AMC (the second part of Season 6 airs in July).

Dalton chats with Inverse about his favorite scene, what it was like to film during Covid, and what it means to become a familiar face of one of the biggest pop culture franchises in television history.

This interview has been condensed for length and edited for clarity.

Inverse: Tony, you've got a knack for playing antagonists, villains, and characters that fall in a morally gray area, like Jacques Duquesne on Hawkeye and Lalo Salamanca. How do you channel that Big Bad energy for these roles?

Dalton: One of the things that is most important when you're approaching a character like this is you got to have a pretty clear understanding of the genre of the story that is being told. In the case of Better Call Saul, it’s very different than Hawkeye because that’s sort of a children’s action show. It is much more lighthearted. Better Call Saul, on the other hand, is very serious and very dramatic. There’s a lot of collaboration on set between actors and the writers and the director to see which way the characters go and how this character should approach a certain scene without giving away too much. These guys have been doing it for 10 years now, so they have a pretty clear vision.

What have been some of the more memorable scenes that you’ve filmed while on Better Call Saul?

I won’t get into Season 6 — I would never spoil it because I’d get fired. I love the scene that I did with Bob (Odenkirk) and Rhea (Seehorn) in the last season when I go into their apartment. We were rehearsing a couple of days before, and it was very powerful. Everybody was engrossed in it. And Thomas Schnauz, the writer and director of that episode, “Bad Choice Road,” had a clear idea of the tension that he wanted us to bring in and what shots would work.

We all fell into harmony because Schnauz came in prepared. It ended up being the kind of scene that as an actor you dream of because all the actors got it right, and the directors and the photographers were in agreement — it was just perfect.

What was it like to film Season 6 during COVID?

It was kind of rough, to be honest. I was doing stuff for both Better Call Saul and Marvel, so I was flying back and forth from Atlanta to Albuquerque. And you know, the whole Marvel thing — I had to stay in the hotel at all times, and the restrictions ensured that there were no rehearsals with other actors. Everybody had to be in their own space, which is fine. I was just grateful that I had a job and that things were still moving forward.

There are a lot of people that I know who were in New York on Broadway that suddenly found themselves out of a job for months. So yeah, it was difficult, but I was able to do something that I loved, so it outweighed any kind of Covid difficulties on-set. It was annoying to wear a mask all day and sit in my trailer or hotel all day and not talk to anybody outside of your pod, but I was working, so I was grateful for that.

You’ve been cast in shows and films with big followings, like the telenovela Rebelde, but what was it like to enter the huge franchises of not only Breaking Bad but also the MCU?

It’s great! I didn’t expect the number of people that are so emotionally involved. I think it’s wonderful, and it means that the way a story is being told is really capturing an audience. It’s nice to see that people are excited about what you’re working on and that people get invested in a character.

It’s one of the best things that you can ask for as an actor, and that’s one of the reasons why you do it. You do it so that you get to play a character that has some kind of connection with the audience that is believable, and that they can become emotionally involved with.