"I cannot wait for every other little Black girl in the world to be able to see her." 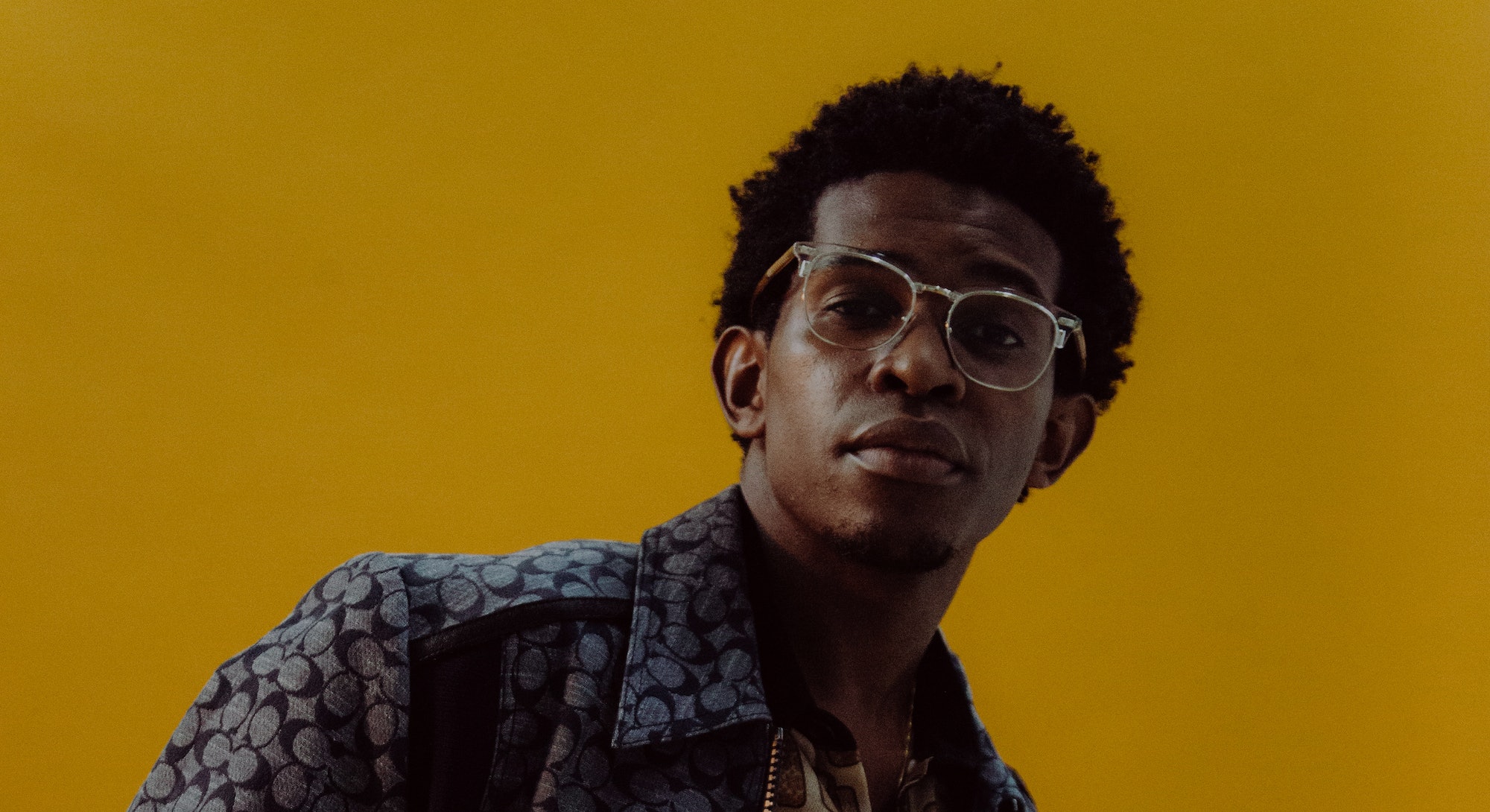 The Batwoman actor had never directed an animated short prior to taking on Grab My Hand: A Letter to My Dad. He describes the film as a gift to help his father grieve the death of his best friend, who Johnson considers an uncle. The short has since racked up an impressive array of awards and nominations on the festival circuit and is eligible for an Oscar, but Johnson says he never expected this passion project to resonate with audiences in the way that it has.

“The film got into the New York International Children’s Film Festival and that's actually what made the film Oscar qualified," Johnson tells Inverse. "Sometimes it makes me emotional watching it because it reminds me of my dad and how he feels. It all means so much.”

Johnson spoke with Inverse about connecting with his dad through Grab My Hand, directing a music video through Animal Crossing, what’s next for Luke Fox on Batwoman, and the significance of Javicia Leslie donning the iconic Batsuit.

The interview has been edited for clarity and brevity.

You only intended for your family to see Grab My Hand. How did this film come together?

Me and my animator [Pedro Piccinini] were working on another short film and whenever my uncle was in the hospital, I realized that I didn't really know how to communicate with my dad. On the phone, he was very clearly keeping his emotions down and I was too. After we made this for my dad, I showed it to some friends and [they] cried, which surprised me.

I never even thought that it will remind other people of their families. Maybe it can be a healing mechanism. So, I thought if I try to get it out there into some festivals, then it could connect to other people and make them want to reach out to their loved ones.

This is your directorial debut. Talk to me about the process of making the film.

We made [Grab My Hand] in a few months. I felt like [my dad] seeing actors playing him, me and my uncle would feel too real, so we tried to find a very simple way to accomplish that. It was Pedro’s idea to just write a couple of pages of dialogue, narrate it, and he'll animate it with direction from me. We let the emotion drive the project.

How did your dad react when he first saw Grab My Hand?

It was my third time ever seeing him cry. We cried, we hugged, and then we didn’t talk about it after. It's almost sad that I have to use art to communicate with him, but if that's what I have to do, then that's what I'm going to do. I'm just glad that he likes it. It can be his outlet to releasing all the emotions that he's keeping inside, and a reminder of his best friend whenever he needs it.

You also directed the short film Blue Bison. Do you see more directing in your future?

I think so. Directing is interesting — that way, I make sure the stories that I'm writing are received and told exactly how I want. That's really important to me as a storyteller. I don't want them to hear a story I was telling that then got changed into something else... I guess that's a fear of mine right now. I kind of want to direct all my things. I think I will fall more in love with it as I have more practice.

I saw the Animal Crossing music video you directed. Were there any challenges of directing through a gaming platform?

I've never directed through a video game before, so I literally bought a [Nintendo] Switch and Animal Crossing before the music video and had to figure out how the game worked. [At one point], I had the camera moving while I had the character spinning in circles. It was so hard to accomplish, but I did it.

One of the challenges was figuring out how to make it feel alive and not feel so much like a video game. The way to overcome that was with a lot of props, a lot of “sets,” and a lot of wardrobe changes. I think it turned out so sweet and cute and adorable.

What inspires you as a director?

I really love watching things that I feel like I could never do — when I watch a project that takes me so long to figure out how to do it just like that, or better. That's when it inspires me to learn more, to do more. If you got me, I want to do something where I surprise you in the future.

I don't know if I'll direct another short film. I am producing other short films on the side, but I really want to make features. That's where I'm heading for as a director, and what I'm mostly inspired by.

What does Luke’s dynamic with the new Batwoman look like in Season 2?

In Season 1, him and Kate didn't really get along at first, because he's so protective of Gotham and everything Bruce Wayne and Batman-related. Not only did he finally open up to this other person who's no longer around, now he’s got to do this all over again with this whole new person.

At the end of the day, he's a hero and he cares about people and the city more than anything. I don't know how long it's going to take for them to actually connect, but I think Luke will be okay with her being around as long as she's willing to save the day.

Are you excited for Javicia Leslie to suit up as Batwoman?

Oh, she's so awesome! I'm so, so excited to be working with her. I got to see her do a stunt and she broke into a huge smile before they even said cut. You could just tell that the little Black girl in her was like, “I cannot believe I'm Batwoman right now.” I cannot wait for every other little Black girl in the world to be able to see her, to be able to see a Black female superhero in the Batsuit. It's such a blessing to be in a show that can remind them that there are icons for them to look up to.

Luke discovered something fishy regarding his father’s death. What does his journey look like in Season 2?

I really loved what Luke had to show in episodes 15 through 17 [of Season 1] with his dad arc. We got to see a bit of the anger that he's been keeping down. He wants justice so bad and it's so hard for him, especially being the guy sitting in the chair.

I wonder if we're going to see him do a little bit more of [dealing with his anger] incorrectly, or if he's going to find a better way, whatever that means to him. We don't really know much about Luke still. Besides Julia [Pennyworth], we haven't really met anyone in Luke's life yet. So I cannot wait to meet someone this season that he's connected to.

You've joked about helping coin the term HamilFox. Are we getting a Luke and Mary relationship this season?

It's hard to say — Luke and Mary's relationship is sort of strange in the beginning of [Season 2] because [Kate] is no longer around. He's got a lot on his plate right now. I don't think dating anyone is in the cards anytime soon. But, I do love Mary and Luke's relationship. I love their chemistry. I think HamilFox is a fun idea. I know the fans love it. If they're meant to fall for each other, it should happen organically and naturally. Right now, I feel like it kind of goes either way.

Is there any advice that you wish you'd gotten that you want to pass onto others?

My advice is if you want to get into filmmaking, then do it. I did not know how to do anything animated. I never imagined any of this happening. So if you want to be a filmmaker, if you have a story that you care so much about, find a way to do it. You can shoot a film on your phone. Use what you have.

A lot of people think that if they don't have the perfect resources to make the film, that they should not make a film at all. You have to be okay with falling down first — you can't get up if you never fell down in the first place.