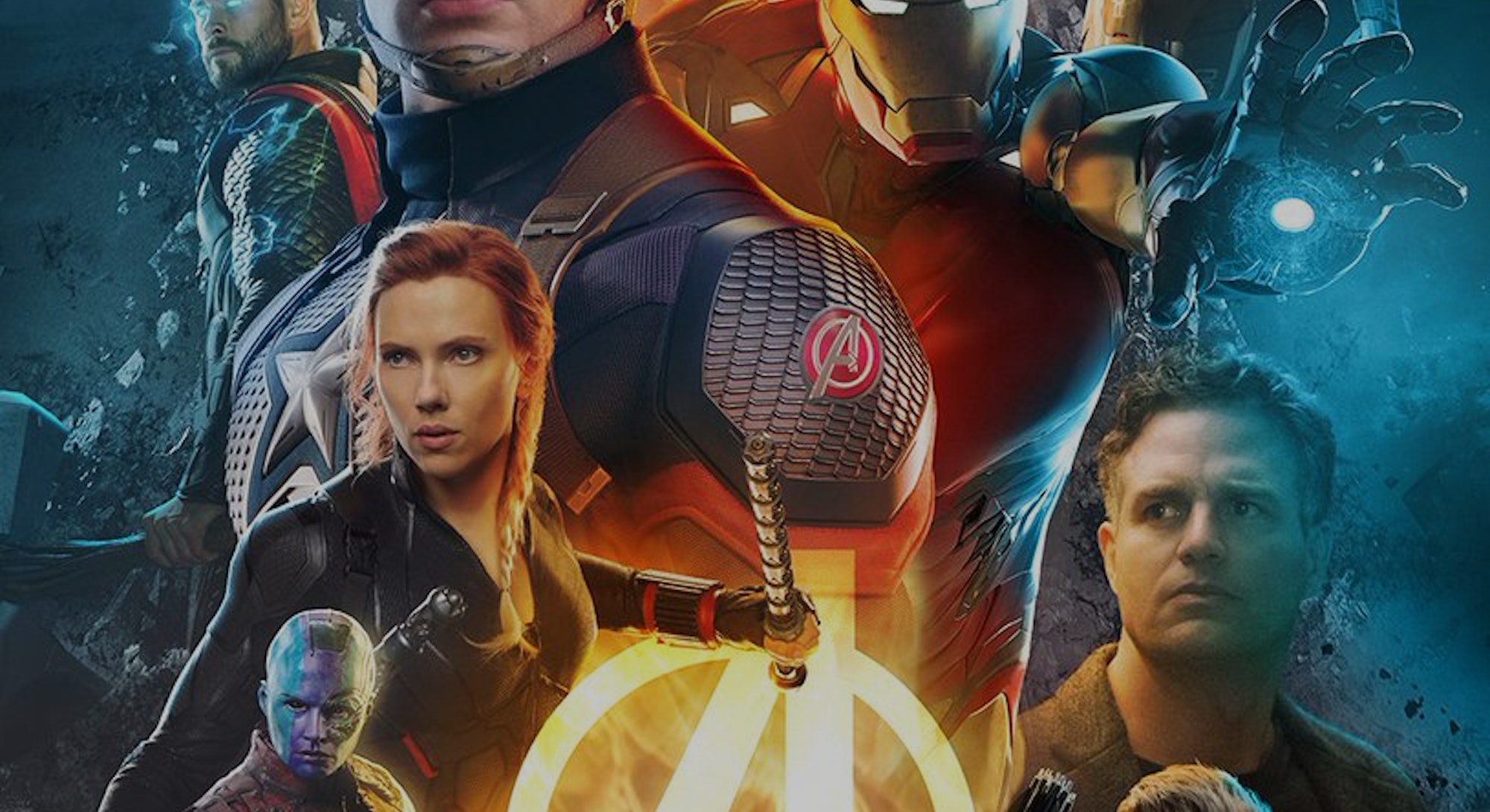 The biggest movie of all time premiered a year ago on April 26, 2019. But before Avengers: Endgame hit theaters, it got a boost from one of the biggest fan artists on the planet.

Kode Abdo (better known by his social media handle, BossLogic) announced an exclusive Endgame poster for Atom Tickets on April 2, 2019. The poster features the surviving Avengers (post-Snap) with a column of flames ripping through the center. At the base of the fire, Thanos wields the Infinity Gauntlet, far above him is Captain Marvel, forecasting an epic showdown between the two Marvel characters.

Take another look at that poster and memories of Endgame will flood through your mind, but look closer (especially at the empty space around Thor and Bruce Banner) and you might notice something new. It's almost like these two Avengers are fading into the background — as if they were turned to dust by Thanos himself.

These are the remnants of an early concept for the poster that didn't make the final cut: images of six core Avengers (Captain America, Iron Man, Thor, Hawkeye, Hulk, and Black Widow) turning to dust. Ahead of Endgame's one-year anniversary, Inverse reached out to BossLogic for any unused art. He sent back this haunting image:

"Here are some of the unused stuff, mainly the character posters being dusted," Abdo wrote in an email. "I loved the concept but it was too on the nose."

[Remember seeing Endgame in theaters? We're rounding up memories from the world premiere and we want to hear from you. Just fill out this form to be featured in an article later this week.]

Back at San Diego Comic Con 2019, Inverse interviewed Kode Abdo and asked how he ended up working on the Avengers: Endgame poster. He revealed that the collaboration was over a year in the making.

"They liked my work and they got in contact with me and then I ended up heading to the office and studios and we had a great chat in January 2018, but it was way too late for Infinity War,” Abdo said. “So they helped me get in to make stuff for Endgame and the rest is history. From that job I got other pitches.”

Abdo also discussed the tools he uses to create his art. In 2019, that included Photoshop for "90%" of his work, a Wacom Cintiq drawing tablet, and a computer mouse.

He offered the following advice for anyone looking to turn their own fan art into a career.

“All these people that ask me for advice, I just say: Stop thinking about it and just start. It’s always going to be slow, but as long as it’s your passion, the more you produce the better you’ll get. The money and all that sort of stuff will come in time.”

All week long, Inverse is celebrating the one-year anniversary of Avengers: Endgame, the epic conclusion of 22 Marvel films and the biggest box office movie of all time.

Read more: I love Marvel movies, but I refuse to watch Avengers: Endgame