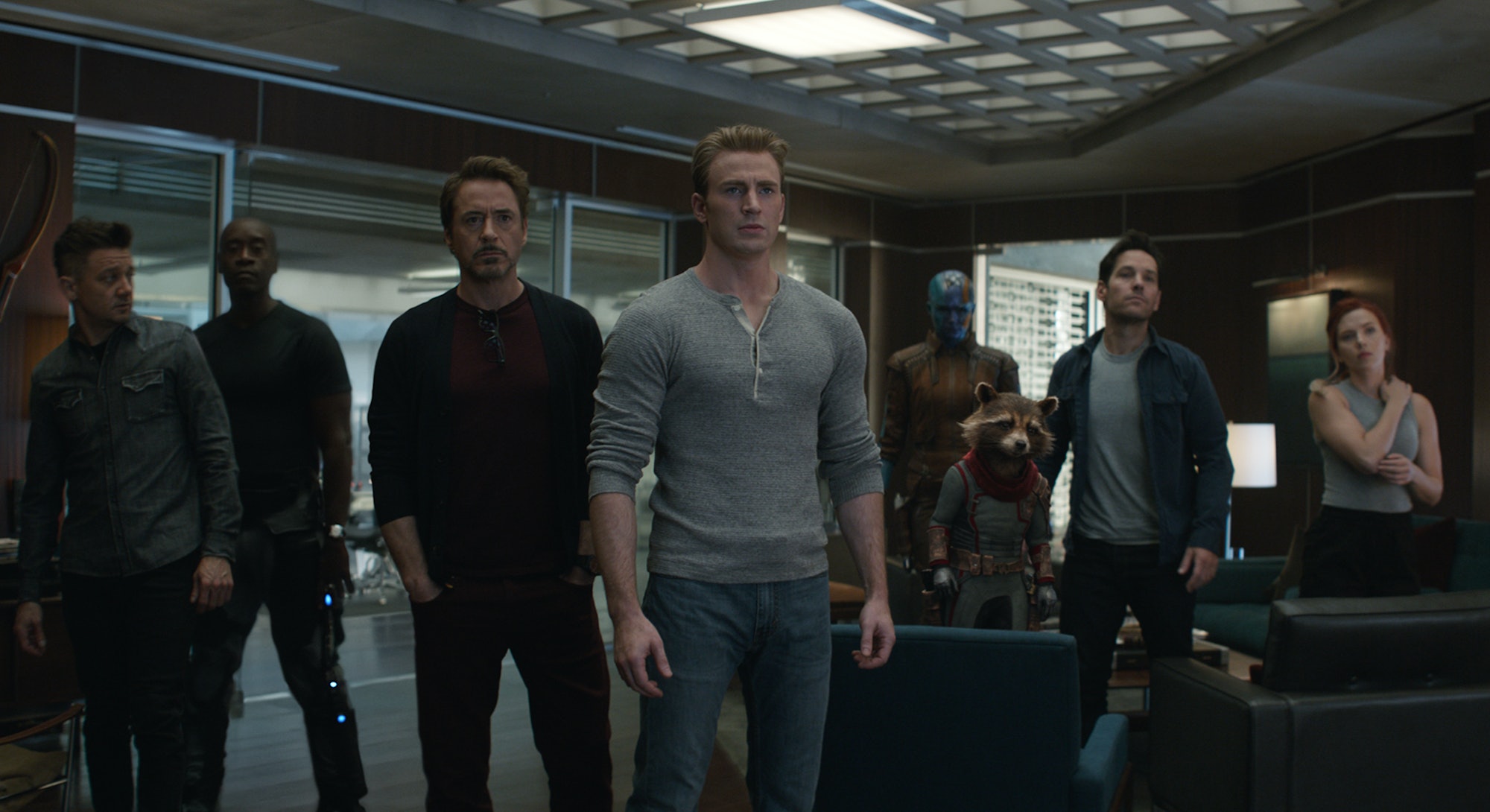 Years in the making, Avengers: Endgame brought all sorts of Marvel characters together onscreen for the first time. The epic final showdown with Thanos was well worth the wait. Once the battle was over and the dust had settled, however, fans began to wonder how exactly Marvel would be able to top themselves for the untitled Avengers 5.

At last year’s San Diego Comic-Con, Marvel president Kevin Feige announced 10 new movies and TV shows that will be released over the next few years, including Thor: Love and Thunder, The Eternals, Black Widow, and Doctor Strange in the Multiverse of Madness. These films are effectively the bread and butter of the MCU’s Phase Four. As was the case with its predecessors, the individual films will collectively build towards Avengers 5, culminating in another team-up film.

Granted, Feige hasn’t announced a release date for the already highly-anticipated movie, but it’s likely to be scheduled nearer to Phase Five. However, given how little is known about the film, the current slate of Marvel fare offers just enough information to speculate upon until we get more information. From Kang the Conqueror to a villainous Doctor Strange, here are the 10 best fan theories for Avengers 5.

The Avengers will fight Galactus

While Thanos proved to be an incredibly formidable enemy, Marvel Comics has a plethora of alarmingly threatening antagonists that could easily best his power. The first that springs to mind is the world-eating Galactus. One fan theory even suggested that Thanos’ decision to snap half the world’s population out of existence was in effort to save humanity from Galactus, who remains one of the most fearsome forces in Marvel Comics. Called the “devourer of planets,” Galactus is primarily known as a Fantastic Four villain, but his ability to destroy and consume the core of a celestial body makes him a major candidate to appear in Avengers 5.

The Avengers will finally take on the Masters of Evil

Avengers 5 might be a long way away, but previous MCU films may have already introduced all the bad guys the Avengers will fight in their next team-up. Fan theories have posited that the superheroes will be fighting against the elite criminal group called The Masters of Evil, which includes Baron Zemo and an incarnation of Ultron. The idea behind this theory hinges on the fact MCU has already gone out of its way to showcase multiple members of this cabal. We know that Zemo is already a part of Falcon and the Winter Soldier, so it’s possible that he will go on to recruit other supervillains and weaponize them just in time for Avengers 5.

Avengers 5 will finally introduce the X-Men

Now that Disney has acquired the rights to the X-Men, they may appear in the MCU in Phases Four and Five. While another standalone X-Men movie is probably not in the works, fans are speculating that the MCU will introduce the mutants in Avengers 5 at the latest. We’ve already gotten some fun connections to mutant-centric locations in The Falcon and the Winter Soldier and storylines that draw from X-Men comics. The only thing left is for them to do is finally show up and, considering how Avengers movies historically bring everyone together, this is the opportune moment to bring the X-Men into the fold.

The Avengers will fight the Deviants from The Eternals

The Eternals is set to make a major splash in the MCU when it hits theaters later this year. Notably, the film will be introducing the Deviants, powerful entities who developed advanced technology. They're essentially the mutated version of the Eternals, and stand as one of cosmic heroes' greatest enemies. In the comics, Thanos himself is a member of the Deviant race, so it's possible their rise following The Eternals will allow them to make plans that will affect the entire MCU. Naturally, this would culminate in a large-scale battle between the Deviants and the Avengers in Phase Five.

With She-Hulk, Ms. Marvel, and Moon Knight getting their own Disney+ series, fans have guessed that all of these characters will join the rest of the MCU in Avengers 5, effectively cross-pollinating Marvel's TV branch with the movie universe. We know that Falcon and the Winter Soldier, WandaVision, and Loki are already a part of the MCU, and that their respective shows will have key connections to Phase Four. With that in mind, it's possible that She-Hulk, Shang-Chi, and all other Disney+ Marvel characters will be included in the crossover fun. It would be a clever way to tie together all of Marvel's properties while bringing in some fresh faces in to help fight the big bad. After all, if Hulk can make his way to his cousin's television show, it's not a stretch to imagine the reverse.

Avengers 5 may be doing the Secret Invasion storyline

Marvel's post-credits scenes may not seem like big deals, but they go a long way to set up future movies in small ways. After all, Thanos was first introduced via a post-credits scene. Spider-Man: Far From Home's post-credits scene revealed that Nick Fury and Maria Hill were actually being impersonated by Skrulls, and many fans have speculated that the scene set up the "Secret Invasion" storyline from the comics. The arc saw the Skrulls impersonate high-ranking officials in a massive take-over.

While the Skrulls are not depicted as antagonists in the MCU (so far, anyway), Avengers 5 could take the basic premise of the storyline and adapt it differently, using other characters in place of the Skrulls. At the very least, the fifth Avengers film could see the alien conflict between the Skrulls and the Kree — which was first introduced in Captain Marvel — come to a head in an impactful way.

“You mess with time, it tends to mess back,” Tony Stark opined in Endgame. That may very well be the case regarding this immensely popular fan theory that suggests Kang the Conqueror will be the next big bad. In the comics, Kang the Conqueror is a complicated villain who’s essentially a time-displaced warlord.

There could be repercussions for time travel, and Kang’s emergence might stem from the Avengers’ very own actions. Loki’s continuing adventures in a potential alternate timeline and an unstable multiverse would serve to make Kang all the more wrathful. For those not in the know, the conqueror is arguably a more powerful villain than Thanos and all previous antagonists combined. Whatever happens, Kang would certainly make for a worthy adversary against the Avengers.

Scarlet Witch will be next big bad the Avengers will fight

WandaVision has easily become one of the most intriguing Marvel projects to date. The Disney+ series looks trippy, with Wanda Maximoff seemingly stuck inside some warped reality, her own consciousness, or a dreamscape of some sort. With that in mind, one of the most prevalent theories in circulation is that Scarlet Witch will be the next Avengers villain

Knowing she’s lost both her brother and Vision, fan theories suggest that she will become even more unhinged after the events of WandaVision. It’s possible Wanda’s powers will grow exponentially, leading her to alter reality to get Vision and her children back. The gist of the theory stems largely from the House of M storyline, which sees the X-Men teaming up with the Avengers to stop Wanda. With time travel, the multiverse, and villains who can warp reality in the mix, this theory is quite plausible.

Avengers 5 will finally do the Secret Wars storyline

In the comics, the Secret Wars storyline stood as one of the first major crossover events, with the majority of Marvel’s superheroes being hauled through time and space to fight each other. We know that Endgame directors Anthony and Joe Russo said they would return to the MCU if the studio were to do a Secret Wars adaptation. With time travel now possible and the multiverse formally being introduced into the MCU in Doctor Strange in the Multiverse of Madness, this theory is looking more and more likely.

Doctor Strange will be the villain to beat in Avengers 5

This is probably one of the wilder conspiracies out there, especially considering who is at the center. Obviously, Doctor Strange has been portrayed as one of the good guys in the MCU. His magic is powerful and, without the Sorcerer Supreme's help, Thanos probably would’ve never been defeated to begin with. That said, it’s possible that Doctor Strange has been slowly setting up plans to become the most powerful being in the multiverse.

After all, the Ancient One is gone and so is Iron Man, arguably two major characters who would have stood in his way. Doctor Strange still has a massive ego and, what’s more, he may have made a deal with Dormammu to accomplish his goals. Admittedly, it doesn't have the best chance of happening in Avengers 5, but it would be quite interesting if a hero decided to go rogue for once.