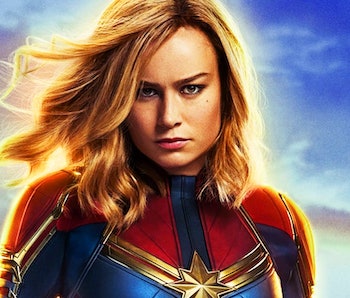 Avengers: Endgame saw the culmination of more than 20 movie storylines, bringing together a star-studded cast to defeat Thanos. It was an enormous, years-long process for Disney and Marvel, but given that Endgame quickly became the highest-grossing movie of all time, another Avengers crossover seems inevitable. Covid-19 has pushed back the release dates for Phase Four movies like Black Widow and The Eternals, so we're likely years away from Avengers 5.

Still, when Marvel Studios' next crossover does get a theatrical release date, there's good reason to expect we'll see some familiar faces from the bygone era of Marvel TV. Captain Marvel 2, due to release in July 2022, seems like the likeliest place for their return to the MCU.

The Inhumans have been a staple of Agents of S.H.I.E.L.D for several seasons, with agents Daisy Johnson and Elena “Yo-Yo” Rodriguez both members of the genetically altered human race. Tthe short-lived 2017 series Inhumans centered on the royal family of Attilan, the home island of the Inhumans.

Still, the superhuman species have yet to appear in any of the MCU films. With the Kree returning to the spotlight in Captain Marvel and beyond, the Inhumans may finally rise up to fight alongside Earth’s mightiest heroes in Avengers 5.

The Inhumans are a result of Kree experimentation, blending their own genetic code with that of humans. Inhumans were only able to manifest superpowers after going through Terrigenesis, a process that involved exposure to a mist created by the Kree’s Terrigen Crystals. The Inhumans’ first appeared all the way back in 1965’s Fantastic Four #45, but they're still relatively obscure compared to some other Marvel groups. They received their own comic series in 1970, but were practically nonexistent throughout major comic runs of the ‘80s and ‘90s.

The Inhumans largely kept to themselves until Ronan the Accuser, the radical Kree warlord you might remember mentioned in Guardians of the Galaxy, forced them fight a war with another alien empire. A new, unconfirmed leak reveals Captain Marvel 2 could function as a kind of mini-crossover for the Avengers. That means the Inhumans could appear in that film before eventually teaming up with the Avengers.

The Kree already played a major role in the first Captain Marvel, with Carol Danvers herself being a Kree-human hybrid of sorts. Considering how intimately Captain Marvel knows the Kree, she may already know that the Inhumans exist and may seek them out to help her fight whatever the next MCU villain will be.

In a previous post, we speculated Avengers 5 may introduce the Illuminati, a secret superhero team responsible for catapulting Hulk into space and launching the Planet Hulk storyline. Coincidentally, Black Bolt, the leader of the Inhumans, is a member of the Illuminati and his involvement may bring in the rest of the Inhumans to battle whichever villain comes next. Ronan the Accuser is dead, but there are plenty of other Kree who may call upon the Inhumans to help them in an upcoming war (Secret Invasion, perhaps?), only for the Inhumans to fight against them alongside the Avengers.

Marvel had planned a 2018 Inhumans as part of Phase Three, but eventually scrapped it. However, characters like Agents of S.H.I.E.L.D.’s Daisy and Yo-Yo prove that the inclusion of interesting Inhuman characters could still work. Kevin Feige has made magic with lesser-known properties (like Guardians of the Galaxy). We don't think we've seen the last of the Inhumans.