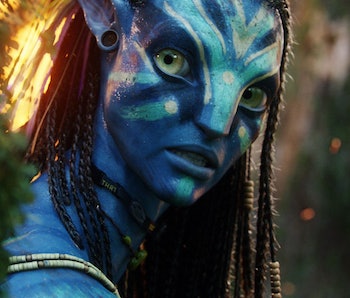 Avatar: The Way of Water has been a long, long time coming, and lots has happened on Pandora since we last checked in. The biggest change is that Jake Sully (Sam Worthington) and Neytiri (Zoe Saldana) have settled down and started a family, who will become key contributors to the sequel's plot.

But like many blended families, the Sullys are complicated. Here’s everything you need to know.

At first glance, the Sullys enjoy an ideal nuclear family straight out of the 1950s, aside from the fact that they’re Na’vi. Jake and Neytiri have two sons, Neteyam and Lo'ak, and one daughter, Tuktirey, or Tuk for short.

Simple enough so far. But they also have an adopted daughter, Kiri, born from the Avatar body of the late, great Dr. Grace Augustine. How is that possible? Your guess is as good as ours. Regardless, Kiri is mysterious and possibly has special powers, and considering she’s also played by Sigourney Weaver, her mother’s memory is alive throughout the film.

There’s one more leaf of the Sully family tree: Spider, a human who’s actually the son of Colonel Miles Quaritch. Despite his heritage, Spider considers himself more closely associated with the Na’vi, and Jake and Neytiri view him as their adopted son, despite Neytiri harboring some lingering suspicions of him.

So that’s five kids in the Sully-Neytiri family, three biological children and two adopted children of characters from Avatar. James Cameron is also a father of five, so perhaps giving his beloved characters a large family was intentional.

“I look around – I don’t want to specifically say the Marvel Universe, or the DC Universe – at current fantasy and science-fiction and all these heroes seem unbound in the mire of relationships,” Cameron told Empire magazine. “I thought, ‘What if I take these incredible characters of Jake and Neytiri and give them a family?’”

Jake is no longer a rogue Marine fighting to do the right thing for the Na’vi. Now, his stewardship of Pandora is personal. He’s protecting his biological children, the child of one of his closest friends from his human days, and a human who’s found a home with the Na’vi, just like he did.

Families don’t have to be biological, and in sci-fi they don’t even have to be the same species. Regardless of their composition, Jake and Neytiri are willing to do whatever it takes to keep them safe.

Avatar: The Way of Water premieres in theaters December 16, 2022.