"America can be a very different country for different people." 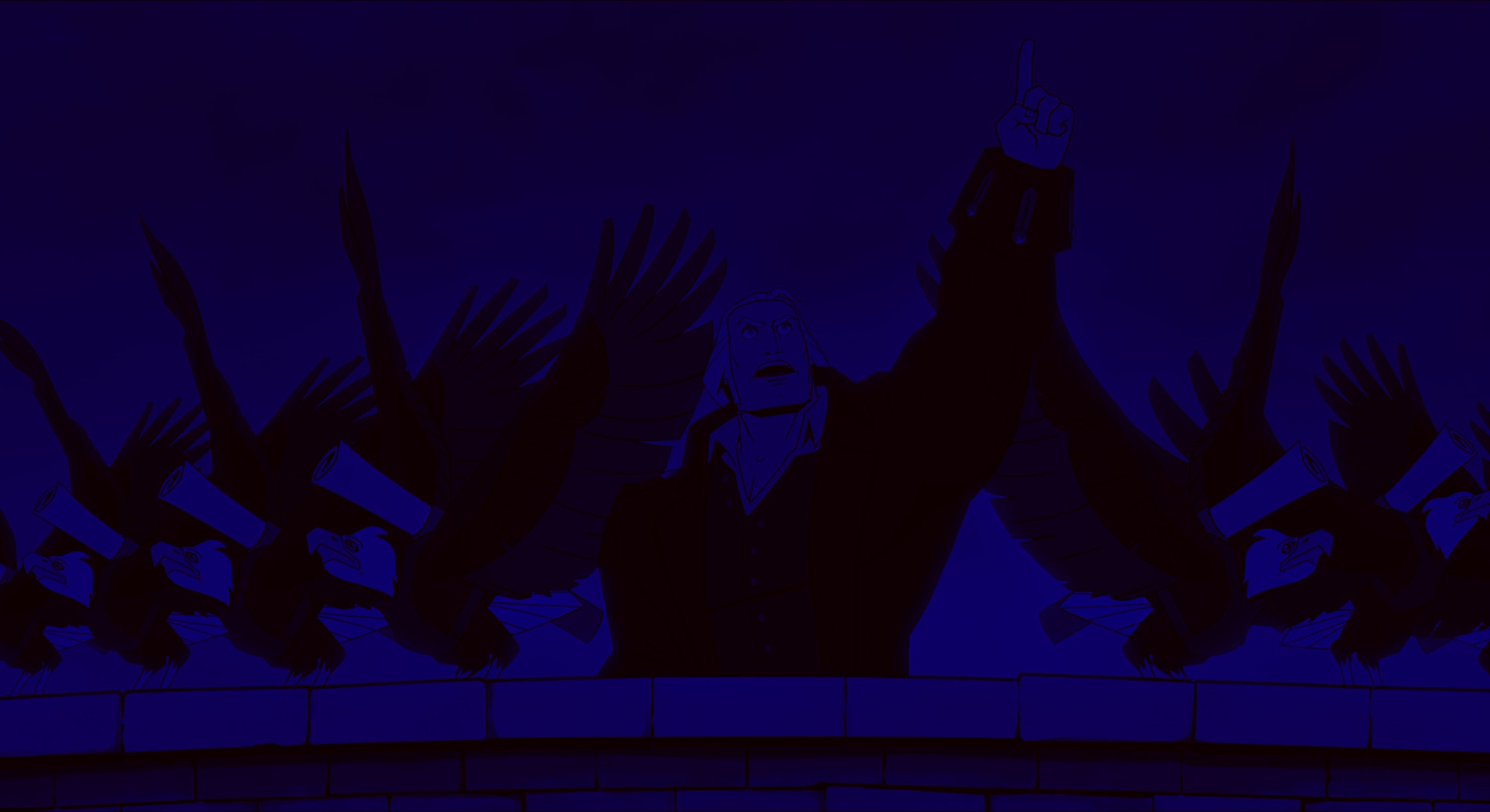 David Callaham is a lot like many Americans: he doesn’t know much about American history.

Born and raised in Fresno, California to Chinese-American parents, Callaham wasn’t the best student of history. But he believes this was an advantage when, ten years ago, the now 43-year-old writer started work on his latest movie, America: The Motion Picture.

“I had a simple rule: Do no research,” he says.

Streaming now on Netflix, America: The Motion Picture is the “story” of how the Thirteen Colonies rebelled against the British Empire — if that story were told by a buzzed fraternity bro fresh from an Independence Day rager. Ignoring textbooks with drunken enthusiasm, America instead incorporates giant bald eagles, underground horse racing, Paul Revere as a RoboCop centaur, Thomas Edison as an electric sorcerer (and a woman), and so much more.

As Netflix’s first R-rated animated film, America lives in the spirit of Mel Brooks and Team America: World Police: an anachronistic, satirically jingoist reboot of history where the founding of our republic is ridiculed as much as it’s revered. Directed by Matt Thompson and featuring an all-star cast including Channing Tatum as a bro’d out George Washington, America: The Motion Picture makes no effort to educate.

But America was an education for Callaham, a screenwriter of action movies like Doom and The Expendables, as it accomplished the one thing he wanted: His foot in comedy’s doorstep.

“My idea with America was so [there’s] proof on paper I can be funny,” he says. “Hopefully that would transition me into getting to write action comedies, which is in fact what happened.”

After penning America, Callaham wrote the 2019 action-comedy Zombieland: Double Tap. In September, he’ll make his Marvel Studios debut with Shang-Chi and the Legend of the Ten Rings, which will dish out action and humor in the familiar Marvel style. That Shang-Chi will also be Marvel’s first Asian superhero film is icing on the cake for its Chinese-American writer.

While America may come off like a reaction to the Trump years, Callaham started writing the script a decade ago, when the former president was just that obnoxious rich guy from The Apprentice.

“We’ve been watching America change, grow, devolve, and evolve in the way we’ve all been watching,” he says. “There’s things in our movie people might read as reactions to things that happened recently [but] aren’t.”

Callaham says the movie didn’t begin as a treatise on America’s grandiose self-image, but his identity as an Asian-American manifested in the script in ways he didn’t anticipate.

“I’ve grown emotionally, psychically, socially,” he says. “The Asian-American I considered myself has changed over the years. I’ve always been reckoning with my identity in America. Who am I? What am I? Am I welcome here? The truth is, America can be a very different country for different people.”

It was Callaham’s idea to race and gender-bend Thomas Edison into a Chinese-American woman. (Olivia Munn provides her voice.)

“When I started this I wasn’t trying to say too much about that side of myself,” he says. “Edison became an Asian woman because I wanted an Asian face onscreen in the most ridiculous way possible. I thought it would be valuable. There are jokes in the movie that are reflective of my experience as a person of color in America, what I see around me, and how I imagine things came to be, all told through satire.”

Unexpectedly, America also opened the door for Callaham to co-write the screenplay for Shang-Chi.

“Most comedies are action comedies now,” Callaham says. “The Marvel movies have quite a bit of comedy. Writing comedy is more fun than writing [about] people dying constantly.”

Marvel also has a history of plucking up comedic writers with a penchant for action and handing them to keys to its cinematic universe. The most famous example is likely the Russo Brothers, whose action-movie-spoofing paintball episodes of Community landed them in the director’s chair for Captain America: Winter Soldier and three additional films.

Callaham’s path to Marvel was slightly different, but if you’re starting to see a pattern between Community’s pop culture parody and America’s historical commentary, you’re not alone.

The film’s final punchline comes when, after America earns independence under a shining golden sun, citizens erupt over the abolition of slavery, women’s rights, indigenous land ownership, gun control, and health care. It’s the type of joke you’ll never see in a Marvel movie — even if it’s also the kind of humor that apparently gets the studio’s attention.

“We know America has problems,” Callaham says. “[Some] issues are not a laughing matter. But it feels cathartic to laugh at how insane this country is for two hours.”

America: The Motion Picture is streaming now on Netflix.