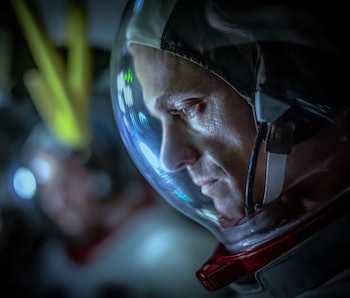 This article about Season 2 of the series For All Mankind was originally published on December 26, 2019 and updated on July 2, 2021 following the release of the season on Apple TV+. Read on for the original article, with some new changes to reflect the latest updates on this topic.

Sci-fi drama For All Mankind was among the first wave of original shows that debuted on Apple TV+ in November 2019. Starring Joel Kinnaman and created by Ronald D. Moore (Battlestar Galactica), the series offered an alternative view of the United States’ involvement in the 1960s space race. The Soviet Union becomes the first to land on the moon, setting off a chain of events that introduces some fun new twists in the timeline of innovation in NASA’s space program.

Here’s everything we know about the recently-concluded Season 2 of For All Mankind.

When was For All Mankind renewed for Season 2?

When was the For All Mankind Season 2 release date?

How many episodes are in For All Mankind Season 2?

For All Mankind ran for 10 episodes in Season 2, much like its first season.

Who returned in For All Mankind Season 2?

The following main cast members returned for For All Mankind Season 2:

How did For All Mankind Season 1 end?

For All Mankind Season 1 ended on a dramatic note for pretty much every character. Over the course of Season 1, the United States worked overtime to catch up with the Soviet Union. The timeline of innovations and developments within the U.S. space program sped up. By the time the show was a third of the way through, women astronauts had already been introduced, and there were conversations about traveling beyond the moon.

Golden boy astronaut Edward Baldwin, haunted by what could have been if he had ignored orders and landed on the moon before the Soviets, found his way back into the U.S. space program. By the end of the season, Ed and his wife, Karen, were left reeling from the sudden death of their son. Meanwhile, the relationship between Gordo and Tracy Stevens was troubled by the latter’s success. Used to being the sole astronaut in the Stevens clan, Gordo suffered a near-breakdown as Tracy succeeded at every turn. By the end of Season 1, the couple had come back together, ready to take on whatever new challenges lay ahead.

What is the plot of For All Mankind Season 2?

Showrunner Matt Wolpert gave the first tease of For All Mankind Season 2 speaking with IGN:

“What I think was an interesting throughline of Season 1 that continues into Season 2 is what sacrifices these people have to make for the greater good, for the bigger space program. You saw it play out on with Ellen in terms of sacrificing who she is as a person, or with the Baldwins in terms of being gone when that [kind of trauma] happens to your family. That plaque that’s in the Baldwin house is ‘We came in peace for all mankind,’ and it’s the underlying statement of ‘We came in peace for all mankind, but we sacrificed a lot for that.’”

Season 2 picks up almost a decade after the events of Season 1, as Jamestown has grown to accommodate more astronauts and equipment alike. Tensions with the Soviet Union are at an all-time high as the two countries attempt to work together on and off Earth. And the drama continues with the main cast of characters as well, with the life-or-death stakes of their missions only heightening things.

Was For All Mankind renewed for Season 3?

Yes! The series was renewed for Season 3 back in December 2020, ahead of its February premiere.

For All Mankind Seasons 1 & 2 are currently available to stream on Apple TV+.

This article was originally published on Dec. 26, 2019