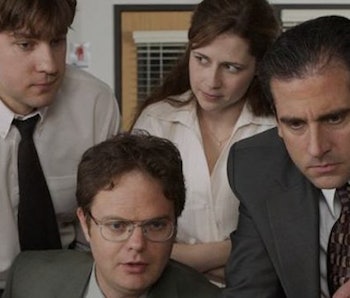 This article about the streaming service Peacock was originally published on June 26, 2019 and updated on May 27, 2021 following the app's release. Read on for the original article, with some new changes to reflect the latest updates on this topic.

The trend towards launching a streaming platform is becoming more and more common these days as the landscape of television shifts. With Netflix, Hulu, Amazon, and HBO all currently at the top of the heap, NBC joins other huge companies like WarnerMedia and Disney in creating specialized platforms that serve as the hub for all film and television created under their respective umbrellas. NBC CEO Steve Burke told Variety, “we’re going to unite the whole company behind it,” adding, “We want to build a platform that has lots and lots of people using it, so we can start to make money with advertising.”

Here’s everything you can expect from NBCUniversal’s streaming platform, from the release date to how much it costs to what other shows the company offers.

What is the name of NBC’s streaming service?

NBC’s streaming service officially goes by the name “Peacock.” That’s a shoutout to the bird that has served as the network’s mascot since the 1950s

When did Peacock release?

How much does it cost to subscribe to Peacock?

Peacock Premium is also offered for free to subscribers of certain cable providers like Xfinity and Cox.

Right now, NBC shows are spread across a ton of streaming platforms and actual channels. If you just consider NBC in TV form, the company is not just its own network but a variety of channels, including Bravo, E!, SYFY, USA Network, Oxygen, Telemundo, and CNBC. Not only can those with a cable subscription log onto any NBC-owned channel’s website and watch episodes for free right now, but NBC has struck deals with streaming platforms Hulu and Netflix to air NBC shows. That includes hit shows like the aforementioned The Office, Frasier, Friends, the newly-acquired comedy Brooklyn Nine-Nine, The Good Place, This Is Us, every Chicago-based crime, medical, or fire procedural, and on and on it goes.

NBCUniversal reportedly paid big to have The Office leave Netflix early to move to the new streaming platform. It did the same thing with Parks & Recreation on Netflix and Hulu. Though the company doesn’t seem to be doing this with all of its properties, it’s a targeted effort to hold a monopoly over some of its most binged comedies so fans would be forced to the streaming service to get their fix.

Okay, so is NBCUniversal gonna consolidate all the current ways to watch their shows?

It feels like a natural progression to remove the option to watch new episodes of shows from channels like Bravo and E! on their respective individual company sites and push any and all NBCUniversal content to the new platform. However, this is unconfirmed, and it’s hard to get a read on where NBC’s head is at on that note.

Did NBC release any original programming on Peacock?

Yes! In addition to serving as the hub for many previous shows, Peacock also dipped its toes into the waters of original programming. So far, it has launched the reboots of Saved by the Bell and Punky Brewster, as well as the television adaptation of Brave New World.

And there’s plenty more where that came from. Down the pike for Peacock include Bel-Air (a reboot of The Fresh Prince of Bel-Air from Will Smith), the spinoff Law & Order: Hate Crimes, a reboot of Queer as Folk, and television adaptations of MacGruber and Dan Brown’s The Lost Symbol.