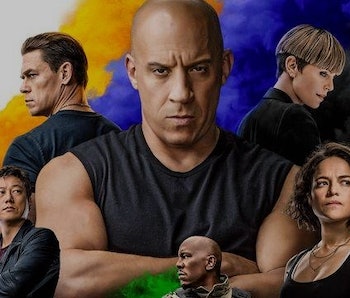 The family has finally returned. It’s felt like forever since Dom Toretto and company have been pulling off some action-packed stunts. But now they’re finally back in Fast & Furious 9. It’s been a longer hiatus than usual due to the release of the spinoff Hobbs & Shaw, as well as the dates getting pushed back in the middle of the COVID-19 pandemic.

At long last, the ninth movie in the Fast & Furious franchise is coming to theaters. With it comes the familiar gang from the previous films. But there also come a couple of game-changers, namely John Cena as Dom’s brother and the surprising return of fan-favorite character Han. Here’s everything we know about the upcoming film.

When is the Fast & Furious 9 release date?

Fast & Furious 9 will release internationally on May 19, 2021, and in the United States on June 25, 2021. The film had five previous release dates throughout 2019, 2020, and 2021. However, the movie was delayed for various reasons, including the release of Hobbs & Shaw, the then-delay of No Time to Die, and the coronavirus pandemic.

When did Fast & Furious 9 start filming?

Production on Fast & Furious 9 began on June 24, 2019. Nathalie Emmanuel opted to send a tweet out to the world announcing the good news, writing, “Day one of shooting Fast and Furious 9 today… The team is back together,” and adding in emojis to symbolize each of the cast members. Meanwhile, Vin Diesel hopped onto his Instagram to share a video featuring himself and co-star Michelle Rodriguez on set. At one point, Diesel shares with his followers, “We just completed our first day. It feels like a miracle — one hard-earned, but we’re just so grateful.”

Is there a trailer for Fast & Furious 9?

Yes! The first trailer for Fast & Furious 9 dropped all the way back in January 2020.

Who is directing Fast & Furious 9?

Much of the cast from Fate of the Furious is expected to return, including:

John Cena makes his franchise debut playing Jakob Toretto. Not only is he the brother of Dom and Mia, but also a master thief and assassin. Sung Kang also stunningly returns to the series as Han Lue, a character long-thought dead. Lucas Black, Bow Wow, and Jason Tobin also reprise their roles from The Fast & the Furious: Tokyo Drift. Other cast members include Michael Rooker, Cardi B, and J.D. Pardo.

What Is the Plot of Fast & Furious 9?

According to the official synopsis of Fast & Furious 9:

After the events of The Fate of the Furious, Dominic Toretto and his family must face Dom's younger brother Jakob, a deadly assassin, who is working with their old enemy Cipher, and who holds a personal vendetta against Dominic.

Listen, I’m not gonna sit here and put all kinds of restrictions on you when it comes to re-watching the Fast & Furious franchise — that’s some real nonsense. If you’re short on time, at least watch The Fate of the Furious since it is the film immediately preceding Fast & Furious 9. But truly, why deprive yourself of all the camp, macho goodness of the entire franchise? Block out a weekend, hunker down, and get caught up!

Will there be more Fast & Furious films to come?

Don’t worry; there’s plenty more Toretto to go around! It was initially announced that the saga would conclude with a tenth film, but Vin Diesel teased that the final adventure may be split into two films. Indeed, in April 2021, it was confirmed that the franchise would wrap up with a tenth and eleventh film, both directed by Justin Lin.