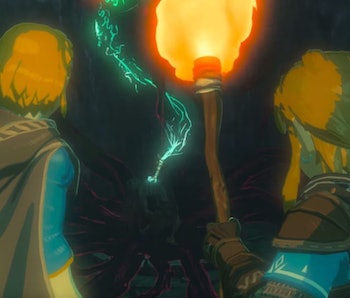 Breath of the Wild 2 is the biggest game of the year, and it’s probably not even coming out in 2021. Nintendo announced the sequel back in 2019 with a spooky teaser trailer that collectively dropped jaws. It contained no release date leaving fans begging for any new information.

Two years later, not a lot has changed. Nintendo has remained mostly tight-lipped around the project, even going out of its way to tell players it has no news on it. That hasn’t stopped fans from speculating on when it might be coming. Recent rumors surrounding Zelda’s 35th anniversary and a looming Switch Pro have fans hopeful. Here’s all you need to know about the game in 2021.

When is the Breath of the Wild 2 release date?

At the moment, Breath of the Wild 2 is deep in development. There’s currently no release date or even window for the game. Fans were hopeful it might drop this holiday season, but that’s starting to look like a stretch. At a recent Nintendo Direct, the company specifically noted that it had no news to share, meaning it might not appear until 2022.

It’s not clear when Nintendo started working on the game, but a peek through history shows how far off it could be. Breath of the Wild was first shown in 2013 and that game didn’t release until December 2017 as a Switch launch title. The game faced numerous setbacks, though, and was presumably delayed to coincide with the new console. While the sequel won’t necessarily have the same issues, it is dealing with the COVID-19 pandemic. We have no idea just how much that’s impacted development, but it’s almost certainly going to push it back.

Will Breath of the Wild 2 launch with Switch Pro?

One of the bigger rumors circulating is that Nintendo might release Breath of the Wild 2 alongside a new Switch model. That seems like a logical conclusion considering that the first game launched with the current Switch model. The reality here? Don’t get your hopes up.

While Bloomberg reports that a Switch Pro is coming this year, analysts predict it won’t be tied to Zelda’s launch. Omdia Senior Analyst George Jijiashvili tells Inverse, “Based on how Nintendo tends to operate, I believe it would release Breath of the Wild 2 when it thinks it’s ready, instead of syncing it up with a new hardware launch.”

Is there a trailer for Breath of the Wild 2?

Yes! In fact, that’s all there is for the game after two years. We’ve gotten no new screenshots or concept art since the big 2019 reveal. If you missed it, it’s a good time to revisit the teaser and get some chills. It looks incredibly spooky and calls back to games like Majora’s Mask.

What is the plot of Breath of the Wild 2?

Breath of the Wild 2 will follow up after the events of Breath of the Wild. The announcement trailer hints at a darker tone during certain parts of the adventure as Link and Zelda team up. It also looks like players will be staying in Hyrule based on the trailer.

It’s unclear exactly what’s happening in the trailer, but plenty of fans have guessed that Link and Zelda may have discovered the dried up corpse of Ganondorf deep below Hyrule Castle. Assuming that’s the case, it seems something will go wrong, freeing the villain from whatever spell had been used to contain him and plunging Hyrule into darkness yet again.

One thing’s for sure, BOTW 2 looks a lot spookier that the previous game. If that sounds similar to Majora’s Mask, the bizarre and beloved sequel to Nintendo’s groundbreaking Zelda game Ocarina of Time you’re not entirely wrong. Like Ocarina, which moved the franchise from top-down 2D graphics to a three-dimensional world, Breath of the World broke the old linear formula to create an open-world experience. This sequel could do something similar to Majora’s Mask, taking everything its immediate predecessor accomplished and injecting an extra dose of weirdness.

However, as IGN reported from E3, the you shouldn’t expect to see too much of Majora’s Mask in BotW 2.

Zelda producer Eiji Aonuma was only able to share this with IGN at E3 2019: “The new Breath of the Wild, or the sequel to it […] it’s not necessarily going to be related to Majora’s mask or inspired by it,” he remarked, continuing, “What we showed you currently is a little darker.”

What will Breath of the Wild 2 gameplay be like?

The details on gameplay have been minimal since Breath of the Wild 2 was announced at E3 2019. In a separate IGN report, Aonuma opened up about what other games inspired the sequel creators:

“I did hear that a lot of people were playing was Red Dead Redemption 2,” he said.

It’s unclear exactly what that might mean, but it could add up to a more impressive story (Breath of the Wild’s plot was a little lackluster) and even better horse mechanics (though BOTW’s horses were already great).

Is there another Zelda game coming in the meantime?

While Breath of the Wild 2 may be a ways off, there’s more Zelda coming before its launch. The Legend of Zelda: Skyward Sword will get an HD re-release on July 16 for the franchise’s 35th anniversary. Rumors indicate that Wind Waker and Twilight Princess could make their way to Switch this year as well, so there might be plenty to keep Zelda fans occupied this year. Just don’t hold your breath while waiting for a return to the wild this year.

This article was originally written by Allie Gemmill and updated with new information by Giovanni Colantonio.