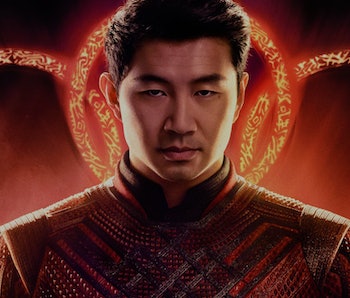 The Master of Kung Fu is here! Marvel is bringing its hero Shang-Chi to the screen in the upcoming film Shang-Chi and the Legend of the Ten Rings, coming this fall to theaters worldwide.

Originally created in 1972, Shang-Chi was a superhero conceived by Marvel during the height of interest in kung-fu films in America as popularized by actors like Bruce Lee. In the comics, Shang-Chi is an extremely skilled martial artist who was trained to be a villain but instead chose to fight for good. Proficient in weapons, marksmanship, various fighting techniques, and considered a strong ally by other Marvel heroes, it’s about time that Shang-Chi got a movie of his own.

Here’s everything we know about Shang-Chi and the Legend of the Ten Rings, from the release date to the plot to who will play Shang-Chi, who will play the film’s villain, and more.

When is the Shang-Chi release date?

Shang-Chi will be released during the MCU’s Phase Four on September 3, 2021. It was initially slated to premiere on February 12, the first day of the Chinese New Year. But the COVID-19 pandemic shifted the landscape of MCU releases, pushing the movie back seven months.

Phase Four begins with Black Widow, which will be released July 2021, and run through 2023. It will also include the slew of MCU shows headed to Disney+, including Hawkeye, WandaVision, The Falcon and the Winter Soldier, and Loki.

Is there a Shang-Chi trailer?

Yes! The first teaser trailer for Shang-Chi and the Legend of the Ten Rings was released with the film’s first images on April 19, which is also star Simu Liu’s birthday.

Who is directing Shang-Chi?

Destin Daniel Cretton was announced as Shang-Chi’s director in March 2019. Cretton was initially considered a surprise choice because a majority of his directing credits, to date, have been on indie or low budget films, with the exception of the Brie Larson/Woody Harrelson vehicle The Glass Castle.

But when you crunch the numbers on Cretton it becomes clear that he’s a solid choice for directing what will be another landmark film in the MCU. Cretton has written and directed nearly all of his feature-length films (I Am Not A Hipster, Short Term 12, The Glass Castle, and the upcoming Just Mercy). He has also earned acclaim for his directing choices, especially with Short Term 12, meaning he can not only lead the way on a film but he can lead it to success. Cretton also has a strong working relationship with Brie Larson and we’d bet that Larson may have put in a good word on his behalf for the Shang-Chi gig.

Who will play Shang-Chi?

As Marvel’s SDCC 2019 panel, it was confirmed that actor Simu Liu (Kim’s Convenience) would play Shang-Chi. As reported by Slashfilm, Liu told the SDCC 2019 crowd he had auditioned the Sunday before Comic-Con, was cast two days later on that Tuesday, and then was flown out to San Diego for the special announcement. It’s unknown who Liu beat out for the role but we’d love to know who the competition really was.

The first character being cast by Marvel is an Asian male, 40-60 years old, who is being described as “wise, old statesman,” and who is “the leader of his people.” The other character is an Asian actress in her 30s or 40s who is described as “one of the leader’s most skilled warriors.”

Who is the villain in Shang-Chi?

The Mandarin has never been traditionally associated with Shang-Chi; he’s more of an Iron Man villain. The Mandarin and the 10 Rings will undoubtedly figure into Shang-Chi, it’s just a matter of how the enemies will be connected.

One option: Shang-Chi could retcon the relationship he has with his father, criminal overlord Fu Manchu, so that the Mandarin becomes his father but takes on Fu Manchu’s backstory. In the comics, Fu Manchu (based on the literary character created by author Sax Rohmer in 1916) is an immortal sorcerer and crime boss who raises Shang-Chi to be an extremely skilled fighter. Shang-Chi learns of his father’s criminal dealings and chooses to take down his empire piece by piece instead of fighting for him. If that doesn’t sound like the perfect set-up for a villain, then we don’t know what does.

Who else is in the cast of Shang-Chi?

The other cast members of Shang-Chi include:

Additionally, Shang-Chi will feature the villain “Death Dealer,” though the actor or actress portraying them has not been disclosed yet.

What is the plot of Shang-Chi?

The plot of Shang-Chi, according to Marvel.com, reads, “When Shang-Chi is drawn into the clandestine Ten Rings organization, he is forced to confront the past he thought he left behind.” Using this blurb and the teaser trailer, the film is likely to focus on the Master of Kung Fu being brought out of his life of obscurity to stop his father’s criminal empire.

How will Shang-Chi fit into the MCU?

Shang-Chi will take most likely take place after the events of Avengers: Endgame but may feature flashbacks if the film goes the origin story route as a way to condense exposition. Otherwise, the film will most likely entirely be set after the defeat of Thanos.

It’s still unclear if there are any plans to incorporate other MCU superheroes into the Shang-Chi world. For now, Shang-Chi’s only connection to the rest of the MCU is through the inclusion of The Mandarin, who is (for the most part) an Iron Man villain.

Will any other Marvel superheroes show up in Shang-Chi?

In the comics, Shang-Chi encounters tons of Marvel heroes and teams up with them from time to time. The biggest examples:

No plans or hints have made their way to the internet to confirm if any other superheroes who have appeared in past Marvel/Netflix shows or past Marvel Studios or Fox films. Even though Fox is now a part of the same corporate family as Marvel Studios, no plans have been made for Fox properties like The X-Men to crossover into MCU films, so it’s unclear if those streams would suddenly cross in Shang-Chi. That said, there could be Easter eggs or references to the wider superhero world in Shang-Chi, as it often the case in the MCU.

Shang-Chi and the Legend of the Ten Rings will be in theaters September 3, 2021.