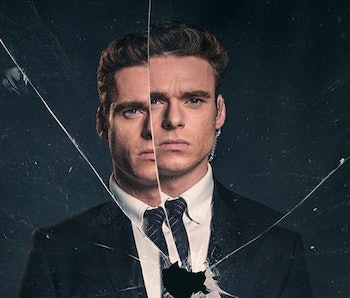 Will David Budd be back? Bodyguard hit Netflix in October 2019, and within weeks everyone was desperate to know if/when a second season of the dramatic government conspiracy series might happen. The BAFTA-winning thriller’s first season was one of the most watched series ever — or at least since BBC began keeping track of viewership in the early 2000s. More than 10.4 million people watched the Season 1 finale.

It’s unclear exactly when a follow-up season might air. But if it does, here’s everything we know about Bodyguard Season 2 so far.

In an interview with The Daily Mail, series star Richard Madden (Robb Stark on Game of Thrones) revealed that plans are already in motion for Bodyguard Season 2, even though the original intention was to make just a single season.

“We never intended to make another one and I don’t know,” he said, referencing a planned conversation with series creator Jed Mercurio. “I’m excited to see what he’s got, especially because David [Budd] had quite a busy couple of months. So what do we do with him next?”

Given the success of Season 1 on the BBC and on Netflix in the U.S., Madden agreed to meet with Jed Mercurio to discuss a possible Season 2.

“I’m having a conversation with him in about ten days or something when I’m back in the country,” Madden said in November 2018. “And we are just going to chat through some ideas.” We don’t really know what came of those “ideas” — as of this writing, that was nine months ago.

In May 2019, Madden spoke with Radio Times about a follow-up season, saying that he and Mercurio “decided let’s give it at least a year while we work out how to do something better.”

They decided it would be “much more interesting” to “catch up with [Budd] 18 months later, two years later,” adding, “David Budd definitely needs a vacation after that.”

“We’re in talks,” Mercurio said when asked in June 2019. “We’re going through the logistics of it.” A couple of years later in March 2021, producer Simon Heath stirred up rumors when he told Metro he was “reasonably confident” Season 2 would happen. That’s been the last public comment about the status of Bodyguard.

We won’t be able to estimate the release until the series is greenlit by BBC and it moves into production. Realistically, it might begin airing in 2022 if things get on track relatively soon, but there’s really no way to know as of this writing.

When will Bodyguard Season 2 release on Netflix?

Season 1 premiered on August 26, 2018 on the BBC and aired its sixth and final episode on September 23. Just over a month later, Bodyguard appeared on Netflix as part of a distribution deal outside of the UK. So it’s likely we could see a similar rollout with Season 2 once it’s actually released.

Unfortunately, it’s unclear when that will happen. There isn’t even a script yet so it will be a while, especially considering the cinematic quality of the show’s first season.

What’s the plot of The Bodyguard Season 2?

We don’t really know, but we do have a few guesses. (Warning: Spoilers ahead for the show’s first season.)

Season 1 ends with Budd proving his innocence and helping to identify a terrorist conspiracy that also involved organized crime and corrupt government agents. It’s unclear whether Budd will be honored or dismissed from his government position due to some of the more questionable decisions he made during Season 1 (including his attempted suicide).

Almost all of the show’s loose threads are tied up by the final episode, but one big plot point that could be unpacked in Season 2 is Nadia’s story. The terrorist bomb-maker originally pretended to be a pawn in her husband’s plot when we met her in Episode 1, but by the end of Season 1, it’s revealed that she’s essentially masterminded the entire thing (including the murder of Home Secretary Julia Montague. So Season 2 could send Madden’s Budd undercover to figure out exactly how dangerous this terrorist syndicate really is.

Then again, Madden has a slightly different idea for what his character should do after the traumatic events of Season 1.

“He probably needs a break,” he said, “but him, on the beach with a piña colada, I don’t think people are going to watch that as much. Less anxiety though, I would like less anxiety.”

Look: We’re all sad about it, but Julia is dead. She won’t be in Season 2.

More like this
Entertainment
Sep. 13, 2022
Everything we know about 'Dark' follow up '1899'
By Dais Johnston and Mónica Marie Zorrilla
Culture
Sep. 27, 2022
8 thrilling sci-fi movies and shows new on HBO Max and Netflix in October 2022
By Robin Bea
Entertainment
Sep. 21, 2022
You need to watch DC’s most underrated movie of all time on Netflix ASAP
By Eric Francisco

This article was originally published on Aug. 28, 2019