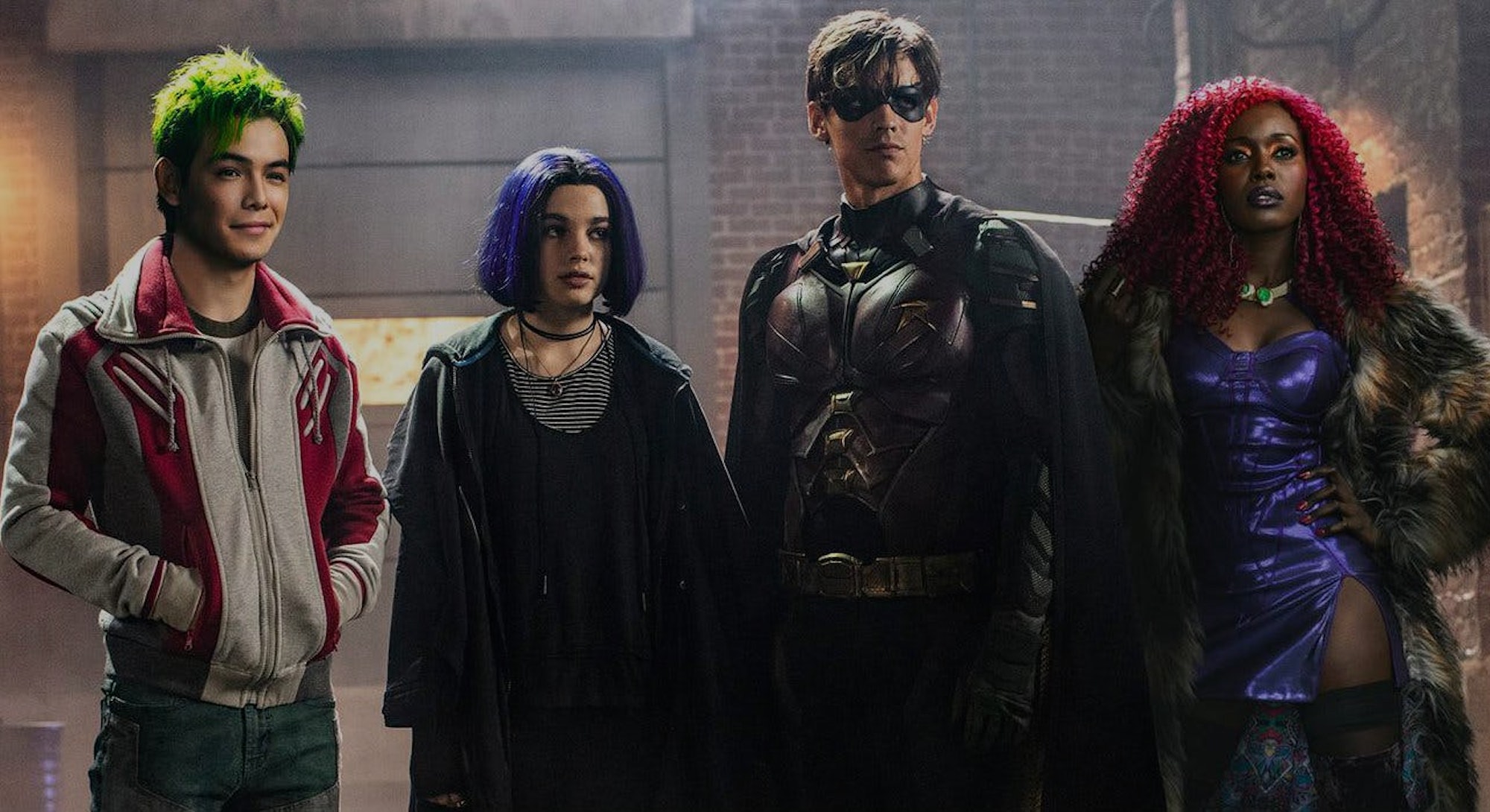 The Teen Titans are teens no more in Titans and they’ve formed their own mature superhero team in a brand-new universe. Rest assured, outside of the excellent Wonder Woman movie, Titans is the best thing DC Entertainment has done in live-action in quite a while — and it does it so well that we should all be chanting “Fuck Batman!” these days.

The first Titans episode premiered Wednesday night as part of New York Comic Con 2018, but Inverse had the chance to view the first three episodes at a special preview. For those worried about the infamous “Fuck Batman!” trailer that bewildered fans back in July, put it out of your mind. In just about every way, that trailer misrepresents what the show does so well.

Out of context, Robin cursing his old mentor comes off as silly, petulant, and outright ridiculous. Robin brutally maiming a bunch of goons in an alley and growling F-bombs seems laughable, but when you take the time to get to know this version of Dick Grayson, you’d agree. If Titans does anything incredibly well, it’s how the show convinces us Grayson is a woefully damaged, bitterly angry man whose experiences as Batman’s sidekick only exacerbated his trauma.

So he leaves crimefighting behind to heal far away from Gotham and Batman’s violence. But when he dons the Robin costume again to deliver justice to an abusive father, the thugs that see him instantly ignore Robin to scan the rooftops for Batman. Dick saying “Fuck Batman!” becomes more of a self-assured rallying cry rather than a boring way to force a darker, grittier tone on things.

The Teen Titans are teens no more.

So much of Titans has that feel to it: artfully paced melodrama and outlandish, but earned, moments of insanity. Robin is hyperviolent, throwing his Wing-Dings right into peoples’ eyes only to wash the blood off later in his kitchen sink. (I kid you not, he stabs one torture artist right in the genitals.) But Titans doesn’t do this to shamelessly showcase hyperviolence. It’s building a dark new universe localized exclusively on Dick Grayson and his inner demons.

Without spoiling anything, Dick eventually teams up with some former bird-themed allies of his, and when they see how violent Dick’s gotten, they’re horrified. This isn’t a sign that we’re in a violent world. This is a sign that Dick Grayson is going through some serious shit.

Bruce Wayne never helped Dick get satisfying revenge against those that murdered his family. Dick wanted a way to fill that emotional void with a new family, and all Bruce gave him was the path of violence. This Dick Grayson is damaged goods. Much like how Supergirl tells a very good Superman story by focusing on an alternate character, Dick Grayson on Titans is the best Batman (without actually being Batman) in recent memory.

Dick Grayson on Titans is the best Batman (without actually being Batman) in recent memory.

Robin is definitely the leader of the Titans (and the emotional core of the story) but the main narrative thrust comes from Raven, whose instance of demonic possession teases an apocalypse looming on the horizon. Meanwhile, Starfire begins the story in far-off Eastern Europe, having lost all of her memories after a car crash, but she quickly learns that it’s in her destiny to find and protect Raven. The way these disparate stories gradually converge and intertwine straddles the line between fan service and dramatic tension in just the right way.

The inevitable group team-up does happen in due time, but not before the show earns it in a way that’s organic. Each character gets developed on their own before they’re all mashed together like action figures.

In that way at least, Titans is a well-paced superhero team-up that’s far more enjoyable than Justice League. That lone is enough to get me incredibly excited for where it can go in the rest of the season.

After all, who needs Batman when you have the coolest Robin ever?