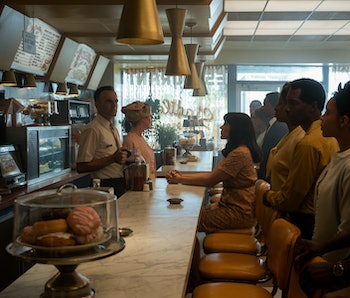 Gaining historic momentum in 2020, America’s fight against racial injustice remains at the forefront of the nation’s headspace.

The months following the killing of George Floyd at the hands of a Minnesota police officer reignited an ongoing movement for social justice and a collective push for change not seen in decades. But as some people come together, others drift further apart. As an ongoing cultural divide deepens, acts of violence around the world not only bring prejudice-motivated crimes into the spotlight — but how we react to them as well.

Science is now discovering why people react to the same violent acts differently, as well the key factors that separate communities. In order to truly tackle the social issues plaguing society, we must get to the bottom of how we perceive social injustice in the first place. And, with the help of scientific investigation and a media-savvy generation armed with innovative ideas, we can take on systemic racism more powerfully than ever before.

In this episode of The Abstract, we discuss how the science behind hate crimes could help us stop them from happening in the first place.

Our first story looks at the latest research that explains how people react to hate crimes. Even when people learn about the same social injustices, a new study suggests they perceive them differently. These patterns become meaningful when scaled up to the population level, and understanding them could be the first step in bridging longstanding cultural divides.

Our second story is about how the entertainment industry is taking on social injustice. Tackling issues of systemic racism, the superhero genre has emerged as an unexpected force against hate, with programs like Amazon's The Boys and Netflix’s Umbrella Academy leading the charge.