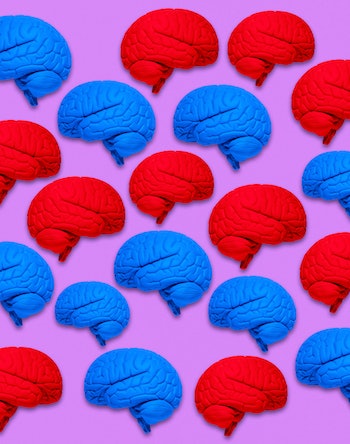 What do people expect from a company that provides expense reporting software?

Likely, it’s an easy-to-use product and good customer service. But around 10 million customers of Expensify, a company employees use to file expenses digitally, got something else this month when they opened an email from the company’s CEO: a full-throated endorsement of Former Vice President Joe Biden for president — and deep criticism of President Donald Trump’s and those who support him.

“If you are a US citizen, anything less than a vote for Biden is a vote against democracy,” Expensify CEO David Barrett declared. “Expensify depends on a functioning society and economy; not many expense reports get filed during a civil war. … All evidence suggests that another four years of Trump leadership will damage our democracy to such an extent, I’m obligated on behalf of shareholders to take any action I can to avoid it.”

"Not many expense reports get filed during a civil war." — Expensify CEO David Barrett

Reactions -- on Twitter, at least -- have been mixed. Some praised Barrett for speaking out, while others, whether they supported Biden or Trump, ripped him for using his platform to advocate political beliefs. Some said they would stop using Expensify altogether. One called for the CEO to be fired by midnight. It’s unclear at this point if Barrett and his company’s stance will cost the company business, or whether any lost customers will be replaced by news ones who appreciated the company’s stance.

Companies taking political stances are not uncommon. Patagonia frequently advocates for environmental issues and denies polluting companies the privilege to buy them in bulk. Nike advocates for social justice through its campaign with Colin Kaepernick. There have also been instances of companies telling employees who they should vote for -- a practice that’s been allowed since the 2010 Citizen United ruling.

Liza Nebel, co-founder and COO of BlueOcean, which uses a company’s data to conduct brand audits, tells Inverse company leaders are more comfortable taking a stance on political matters now than in the past.

"[A brand taking a political stance] is part of the brand experience." —Liza Nebel, brand auditor

“Brands in politics are in the news all the time,” Nebel says. “Consumers see news and see the ways brands align with or push against political agendas. That itself is part of the brand experience.”

But with politics even more sharply polarized in a divisive election year, should businesses take a political stand? Should their employees have free rein to express their views on a range of topics at work?

According to William deMeza Jr. and Kenneth Jenero, partners at law firm Holland & Knight, there’s a misconception that the First Amendment protects employees’ right to talk politics at work or to advocate for causes or candidates.

“There is no constitutionally protected right of ‘free speech’ in the offices and factories of private employers,” they wrote. “Although employees may be entitled to express their views freely on their own time or on a soapbox in the park, they have no such wide-ranging constitutional rights at work.”

This means that in most cases, businesses can refuse to hire someone based on their political beliefs or if they disagree with an employees’ politics, adjust their pay or benefits or even fire them. There are exceptions, such as when a company receives federal financial assistance or is in a state that does protect political speech at work, such as California and South Carolina.

To avoid claims of discrimination and instances of harassment and retaliation, “many employers simply elect to minimize such controversies by prohibiting all ‘politics’ at work,” deMeza and Jenero say.

Of course, it’s to an employers’ discretion whether to introduce or enforce policies restricting political activity at work (for example, Google employees can discuss every topic except for antitrust). The harder question for businesses today, then, is how involved they should get in political discourse.

On the opposite end of the spectrum from Expensify is Coinbase, the cryptocurrency trading hub, whose CEO Brian Armstrong announced on September 27 that his company and employees should not take any political stances outside the purview of cryptocurrency, Coinbase’s focus.

"We don’t engage when issues are unrelated to our core mission." — Coinbase CEO Brian Armstrong

"Even if we all agree something is a problem, we may not all agree on the solution.”

Armstrong continued that other companies’ efforts to engage in activism “are well-intentioned, [but] have the potential to destroy a lot of value at most companies, both by being a distraction and by creating internal division.”

What the data shows — Although about 5 percent of the company’s employees accepted an exit package after Armstrong’s declaration, past surveys of employees support his position. According to a 2018 Randstad survey of more than 800 people, less than half said it’s important for them to work for employers that take stands on controversial political issues. Only 28 percent of 500 respondents to a 2019 survey by Clutch said their company’s leadership should take stances on political issues that are relevant to their industry.

Given these numbers, it appears that companies should be cautious when taking a stance on political issues, with notable exceptions including LGBTQ+ rights, immigration, and gun control, according to the Randstad survey.

But just because leadership may or may not take a stand, political discussion is inevitable in the office. More than half of 522 respondents to a 2019 Society for Human Resource Management survey said that the discussion of political issues has become more common in the past four years, 42 percent of U.S. employees have personally experienced political disagreements in the workplace. Some 34 percent said their workplace is not inclusive of differing political perspectives.

"[Managers] can create inclusive cultures of civility where the difference isn't a disruption."

"Companies can't, and shouldn't try to, quash these conversations because -- contrary to popular belief -- they're already happening,” said SHRM President and CEO Johnny C. Taylor, Jr. “But what they can do is create inclusive cultures of civility where the difference isn't a disruption. It's important to put up 'guardrails' when facilitating constructive, inclusive environments where employees can disagree without being disagreeable."

Nebel said it would be difficult to tamp down political views at work. “We spend so much time at work and there’s no boundaries,” she said. “There’s a lot of concern coming up to November in terms of what’s going to happen. Not acknowledging that anxiety or fear and now being on the wrong side of it would be alienating at every moment. But what’s the line of openness and acceptability to be ourselves, and not distract the work environment?”

Peter Yared, founder and CEO of data regulation company InCountry, said his company doesn’t have a policy when it comes to discussing politics, since his employees are “adults.” While Yared told Inverse that he would never advocate policy to his users like Expensify did, his employees are free to debate politics, but not on company Slack channels. That doesn’t necessarily apply to overseas employees.

InCountry operates in multiple countries, including Russia, China, and Saudi Arabia, and Yared’s policy is that employees must obey their local laws and follow local business customs. American employees have free rein to express themselves, but not with customers, he said.

“As a company, we’re 100 percent neutral and have to be. [But] I will draw a line if someone does something that’s hateful,” he said, adding that he wouldn’t like it if a U.S.-based employee criticized a country in which the company operates, but “there’s a difference between like and forbid.”