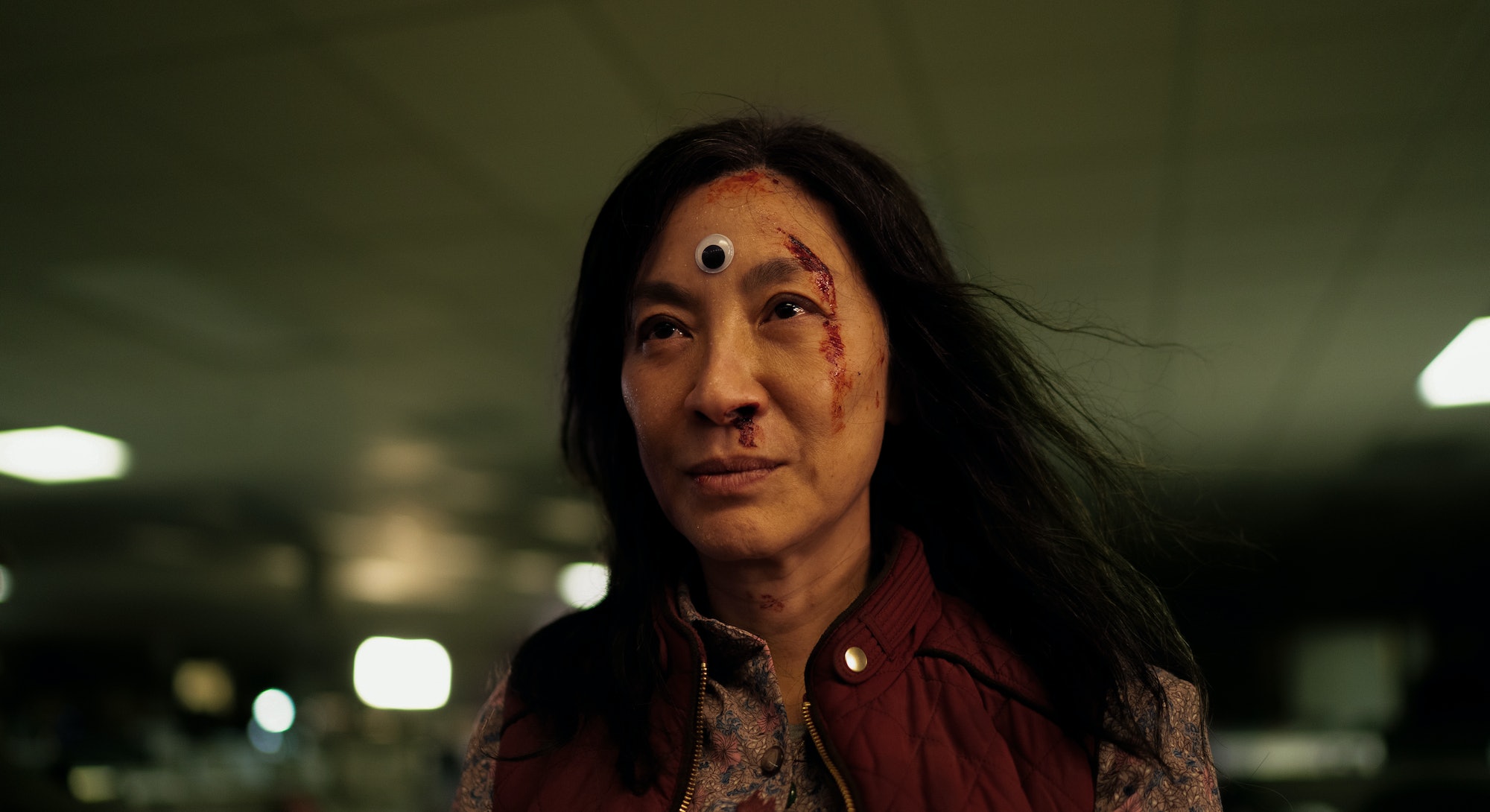 “So even though you have broken my heart yet again… I wanted to say, in another life, I would have really liked just doing laundry and taxes with you.”

With those words, Ke Huy Quan’s sweet-natured Waymond Wang brought together the emotional and metaphysical stakes of Everything Everywhere All At Once with enough force to knock the wind out of moviegoers worldwide.

The aches and pains of a life lived and the pure comfort of a love meant to last persisted in one man’s belief in the existence of many worlds outside of our own, where things perhaps went differently but all is as it should be.

The first great film of 2022, Everything Everywhere All At Once is a critical and commercial sensation on track to become A24’s highest-grossing release ever. It’s also — sorry, Marvel — the most dizzying and creative exploration of the multiverse we’ve seen on screen in recent years. Filmmaking duo Daniels’ many worlds collide as Michelle Yeoh’s beleaguered, defiant Evelyn Wang fights through alternate dimensions to save her family from an all-consuming everything bagel.

To create the film’s official companion book (out now; in A24’s shop), the Daniels — separately Daniel Kwan and Daniel Scheinert — edited together a collection of essays, short stories, poems, group interviews, and illustrations, all built around themes of the multiverse.

Titled A Vast, Pointless Gyration of Radioactive Rocks and Gas in Which You Happen to Occur, it’s an insightful and predictably jam-packed collection. Inverse is proud to exclusively share a highlight, in the form of London-based illustrator Lizzy Stewart’s sublime comic “The Many Worlds of Hugh Everett III.”

Throughout its panels, Stewart pays warm, imaginative tribute to the 1950s quantum physicist who first proposed the many-worlds interpretation — and essentially originated the theory of the multiverse most familiar to modern audiences. You can read the comic in its entirety, below.

“The Many Worlds of Hugh Everett III”

From the book “A Vast, Pointless Gyration Of Radioactive Rocks And Gas In Which You Happen To Occur: A Trip Through The Multiverse,” edited by Daniel Kwan and Daniel Scheinert. Copyright © 2022 by A24. Reprinted by permission.

Everything Everywhere All At Once is now in theaters.