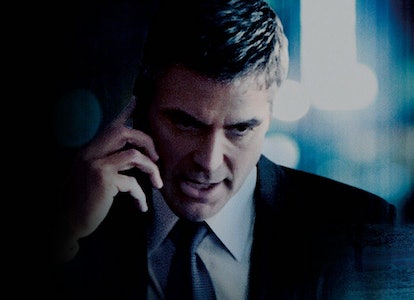 One of the best things an audience member can experience while watching a movie is seeing an actor absolutely crush it in a role that feels like it was made for them. Actors like Harrison Ford and Daniel Craig, for instance, may always be capable of giving great performances on-screen, but there’s something particularly fun and rewarding about getting to see them play Han Solo, Indiana Jones, and James Bond.

George Clooney has had many characters like that throughout his career, but none have pulled a better performance out of him than Michael Clayton. The intelligent and jaded law firm fixer is at the center of writer-director Tony Gilroy’s 2007 thriller, Michael Clayton, and Clooney gives a scorched-earth performance as the character that ranks firmly as one of the very best of his entire career.

If you’ve never seen the film or are in the mood to rewatch it, then you’re in luck: Michael Clayton is available to stream now on HBO Max. However, the film is leaving the streaming service at the end of the month, which means you’ll have to act fast if you want to catch it before it’s gone.

Here’s why Inverse recommends you do just that.

Written and directed by Tony Gilroy, Michael Clayton follows its titular fixer as he finds himself caught up in a conspiracy involving one of his law firm’s corrupt corporate clients. It puts the lives of both himself and one of his closest friends (played by Tom Wilkinson) in genuine danger. The film dives deep into the world of corporate legal politics and uses the actions of one company to send Clooney’s Michael Clayton on a surprisingly emotional journey.

Clooney, who received an Oscar nomination for his performance in the film, has never been better than he is in Michael Clayton. His trademark charisma, combined with his uncanny knack for playing intelligent characters, makes you believe Michael is someone who has spent years navigating high-risk, confidential corporate situations. However, what’s truly impressive about Clooney’s performance in the film is the way he communicates the emotional journey of a character who constantly has to keep his cards close to his chest.

Even as Michael’s entire life is crumbling around him, Clooney only ever lets the character’s concern show in the moments when he’s alone. Conversely, when he’s in the presence of others, Clooney uses his iconic movie-star smirk to put forth an attitude of confidence and condescension. In other words, his performance throughout the film is incredibly well-calibrated and layered, and he perfectly rises to meet the demands of Gilroy’s confident, intelligent script.

In addition to Clooney, Michael Clayton’s cast features several of Hollywood’s most talented and dependable performers, including Tom Wilkinson, Tilda Swinton (who won an Oscar for her performance in it), Merritt Wever, and Denis O'Hare. However, the real stars of Michael Clayton are Clooney and Gilroy.

The film was Gilroy’s directorial debut, and it announced him as someone who wasn’t only capable of writing incredibly entertaining, smart screenplays but who could also bring them to life on-screen. His direction isn’t flashy or overly stylized but slick and efficient in the same way that Michael Clayton’s titular character is. Meanwhile, the film’s script contains some of the most well-written dialogue scenes of any thriller that was released throughout the 2000s.

For those reasons and more, Michael Clayton is well-worth checking out before it leaves HBO Max at the end of March. It’s everything you’d want a modern thriller to be and has more memorable lines and images scattered throughout it than you’ll probably be prepared for the first time you watch it.

Michael Clayton is available to stream on HBO Max until March 31, 2022.