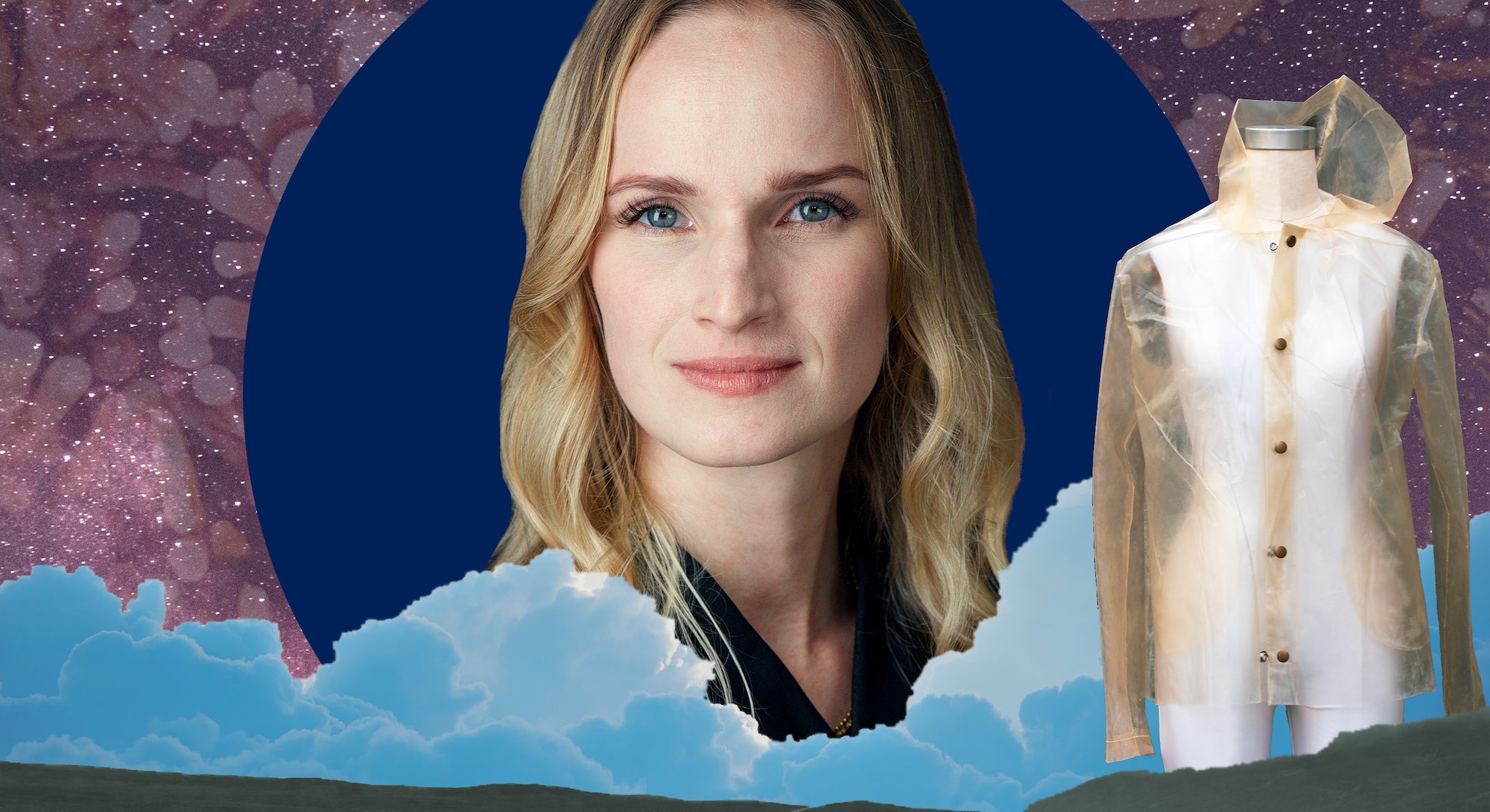 Imagine a world where the clothes on your back and the buildings that shelter you are tools that actually reduce global warming and fight climate change.

Conventional wisdom says that climate change is caused by burning fossil fuels for transportation and the production of electricity. But an important and overlooked share of global emissions comes from the chemistry of producing materials like steel, cement, and plastic. The work of decarbonizing our materials lags far behind that of decarbonizing our energy and fuels, which currently have low or no-emissions alternatives that are cost-competitive.

The fashion industry accounts for more greenhouse gas emissions than the airline and shipping industries combined. This perhaps should not come as a surprise when more than 60 percent of textiles are made of petroleum-based plastics. And the impact of materials on climate change is only expected to grow. With only nine percent of plastics recycled and a projected three-fold increase in the global demand for plastic by 2050, we need to divest from fossil fuels in our materials now, and we need more and better bio-based alternatives to fill the gap.

The good news, however, is that I believe it is possible for many industries to go from contributing CO2 to the atmosphere to actually pulling it out of the atmosphere.

To make this decarbonized future — where truly carbon-negative products help us pull carbon out of the atmosphere — tangible and vivid, I created a textile material from a renewable source that pulls carbon directly from the atmosphere: algae. This carbon-negative algae-plastic is made from marine macroalgae. Expanding the cultivation of marine macroalgae to meet our demand for plastic will not divert freshwater resources, will not compete with the food supply, will increase biomass and carbon sequestration, and will have the potential to offer refuge and support to marine ecosystems that are already stressed by the effects of climate change.

From my petrochemical-free algae-plastic, the first thing I made was a raincoat because I wanted an object that embodies the immediacy of climate change in the extreme weather we already face. I hope a raincoat also invites you to imagine putting on a future where we have broken free from our dependence on fossil-carbon.

Raincoats are just the beginning. There are countless products that are currently made of fossil carbon, like plastic bottles and concrete, that could be recreated with other carbon-negative materials. For instance, even books, which you expect to be petroleum-free, are carbon-contributing culprits with their petroleum-based inks, glues, and glossy coating. We are drowning in fossilized carbon that we have pulled out of the ground, and we don’t have to be.

It’s up to designers to nurture and advocate for new technologies with the potential for positive impact so that manufacturers can then adopt and scale them. Many people once thought an electric car was unfeasible because lithium-ion batteries were prohibitively expensive. But when Tesla started producing the car in small quantities, it created a demand for better technology that has led to a nearly 50 percent reduction in battery price since 2016. We need to move fast on climate change; investing in the further improvement and economies of scale of no-emissions or negative-emissions technology is the only practical path I have found to meaningful and timely action on climate change.

Flipping the climate change narrative from gloom and doom to hope and determination, designers and futurists can play a critical role in elevating solutions and making this existential threat tractable and the next steps for action addressable. I believe we can make progress on climate change by embracing new technologies and developing new materials that will help fight it rather than accelerate it. There is so much good work to do.

Also read: Charlotte McCurdy wants you to forget everything you know about climate change