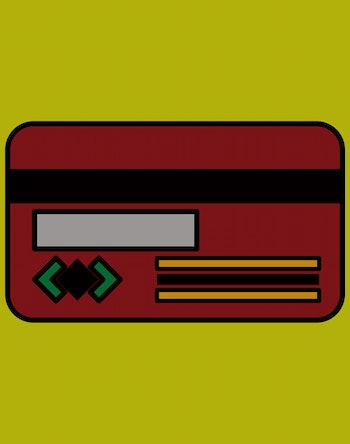 In the physical world, three weapons of expenditure are ways for you to access your own money and exchange it for something that you want. But your brain reacts to spending cash, swiping a credit card, or punching in your debit PIN very differently, and those varied methods can have an undetected influence on you. In one study you’ll read about below, spending with a credit card resulted in people spending 113 percent more than they would with cash. In other words, credit cards make you spend like a Kardashian, instead of somebody with a far more modest bank account.

This is an adapted version of the Strategy newsletter, a weekly dispatch with insights and recommendations for your life, career, and finances. Sign up for free here.

From now on, here is how you will think about spending

In 2007, when he was still an assistant professor at Carnegie Mellon, Carey Morewedge, Ph.D., conducted an experiment that illuminated a guiding principle about spending: we see costs as relative, not as absolutes.

Now, Morewedge is a professor of marketing at Boston University’s Questrom School of Business. He tells me that people often think about the cost of things in terms of what funds we have “cognitively available” — basically, it means how much money you think you have.

“You and I may have similar assumptions about what a cappuccino may cost; we may think it’s $3.50 or $4,” says Morewedge. “If I’m paying for it with cash, it’s going to consume a larger proportion of that resource account than if you’re paying for it out of your checking account. Because I presumably have less cash in my wallet than you have in your checking account.”

“If the impact on the pool of resources is smaller or greater, that determines the pain of payment you experience,” he continues.

In other words, your unconscious will think of spending like a fraction. On top is how much your desired item actually costs (say, a $3.50 cappuccino), and on the bottom is the pool of resources that you’re going to use to pay for said cappuccino. The bigger the top relative to the bottom, the more you’re likely to feel “the pain of payment” — that $3.50 will feel like more than it is.

The whole concept is that when you choose a payment method, you can influence how you perceive that bottom number, which, in turn, can impact how you spend money. In a sense, cash, credit, and debit cards all have different effects.

The psychology of cash vs. cards

If the coffee shops in downtown Manhattan are any indication, people don’t really like to carry cash anymore. But we should all fight back against a “we only take cards” kind of world. Research has shown that in a card-driven world, you will spend more cash for the same stuff.

In that sense, a debit card is one way of increasing that pool of resources without even thinking about it — which may make a transaction less painful compared to paying cash.

“I think our account is certainly a nice explanation of why it feels less painful to pay with a debit card than to pay with cash,” says Morewedge.

Credit cards, too, function similarly. They increase the bottom, but other research has suggested that they can really send this effect into overdrive.

“There’s a lot of really interesting research showing that people are willing to pay a lot more for even the same good with a credit card than with cash,” says Morewedge.

An experiment done in 2000 by a team at MIT really stands out. There, they asked students to bid on Celtics tickets, Red Sox tickets, or a consolation prize of a Celtics or Red Sox banner. They would be expected to actually hand over the money for these items later, so it wasn’t about what they had on them at the time.

The moral of that story can be summed up in the first half of the paper’s title: “Always Leave Home Without It.”

The cash vs. card debate is a game of hacking how you see the resources you have. By keeping cash around, you’re likely to see purchases as more expensive when you lay down $4 for a latte. But when you passively swipe your card, that $4 purchase doesn’t feel like a lot in the context of your life’s savings — though if you do it enough times, the cumulative cost of say 1,000 lattes might.

If you’ve ever tracked your spending and discovered the cumulative costs of hundreds of coffees, that knowledge absolutely still feels painful later on. (I speak from experience.) I see it as a type of delayed-onset payment soreness — though I don’t think Morewedge would use that phrasing.

But when it comes to credit cards, you’re essentially slapping an infinity to the bottom of your pain of paying equation. Every number feels small compared to infinity.

Unlike other types of plastic money-spending devices, credit cards also add a time dimension to the mix. The money isn’t drained directly from your account the same way it is with a debit card; it disappears later. This is called transactional discoupling — you don’t actually pay for something the second you buy it.

“I don’t value my future money as much as I value my present money, and so with a credit card, by moving the payment into the future, it’s less psychologically painful than if I paid right now,” says Morewedge. “So credit cards induce this insidious effect where they reduce how painful a given expenditure will feel.”

Essentially, when it comes to credit cards, you’re also content with this time element, and humans, as a species, are really bad at valuing future things, an effect sometimes called delay discounting. The further a reward is from us in time, the less sweet it feels. And so it is with the pain of paying, too. Tomorrow’s payment pain feels like nothing compared to the feeling of today’s purchase. Credit cards, by nature of their design, capitalize on this.

That’s not to say that cash is always the answer, but it is an experimentally tested way to spend a little bit less on impulse buys. Even so, you may decide that a purchase really is worth the pain of paying.

When it comes to the little impulse buys, it’s just best to keep that pain of payment equation in your head, and be particularly mindful of how big that bottom number feels.

This has been an adapted version of the Strategy newsletter, a weekly dispatch with insights and recommendations for your life, career, and finances. Sign up for free here.