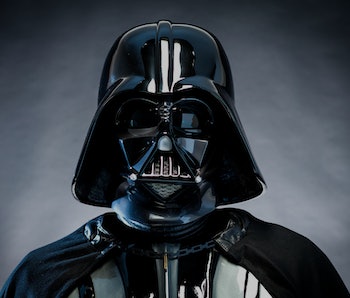 A Meteorology Director at the privately operated Weather Underground, Masters says he’d “be surprised a little bit if they ended up referring to this event as the ‘Darth Niño.’”

NOAA and the National Weather Service “have to be conservative in their use of media-generated terminology,” he adds.

Never the less, Masters says the El Niño system that’s wrought over “$22 billion in damages worldwide” in the form of drought and wildfires possesses a ruthlessness similar to the most infamous villain in the Star Wars universe.

Masters tells Inverse that this particular El Niño system developed in July and stimulated severe droughts in Indonesia, Ethiopia, and South Africa. And it could still be trouncing California this spring.

“It’s possible even March could be a big month for flooding for them,” Masters says before bringing up the El Niño of 1982-‘83, when flooding hung around beyond its traditional winter months. “It may just be getting started for them as far as flooding is concerned from Darth Niño.”

The rain is welcome in California, where a four-year drought has used up the state’s groundwater and left many communities — from Los Angeles to the Central Valley to the Sierra Mountains — perpetually parched.