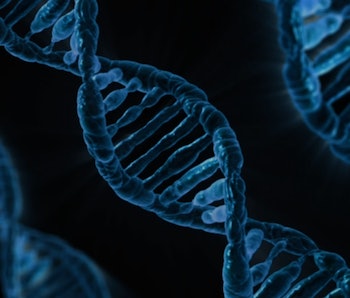 Healthy is pretty much the main quality a person wants for their unborn offspring. In 2014, a study by the London School of Hygiene and Tropical Medicine established that a woman’s nutrition and weight at the time of conception affects her future kid’s DNA. Two recent studies show that the same goes for dudes. Men who eat poorly when their children are conceived put their baby at higher risk for a birth defect.

The research shows that the RNA of the father is altered by his indulgence in an unhealthy diet. Both DNA and RNA carry genetic information, but while DNA stores and transfers it, RNA expresses that code. In one study by University of Nevada’s Dr. Qi Chen, mice were fed high-fat diets. According to LabRoots, their baby mice began showing “impaired glucose tolerance and insulin resistance” at seven-weeks with the problem increasing at 15 weeks. They then purified the RNA and made more baby mice, except this time the ones with unhealthy dads had the same insulin sensitivity as the offspring of the control group.

The second study, “Biogenesis and function of tRNA fragments during sperm maturation and fertilization in mammals,” was published on New Year’s Eve. The research was done by a post-doctoral fellow at the University of Massachusetts Medical School, Upasna Sharma, who gave his father mice low-protein diets. The study resulted in the same conclusion.

A 2013 study at McGill University by Sarah Kimmins previously indicated the veracity of these findings. It demonstrated that a father’s folate levels affect the development of his unborn children. Researcher Dr. Romain Lambrot who worked on the study said at the time, “We were very surprised to see that there was an almost 30 per cent increase in birth defects in the litters sired by fathers whose levels of folates were insufficient.”

Now men will know to eat their greens, not overdo it with the hamburgers and pizza, but make sure to munch on protein. Basically, thanks to these studies, they’ll be getting a taste of what it’s like to be a pregnant woman.