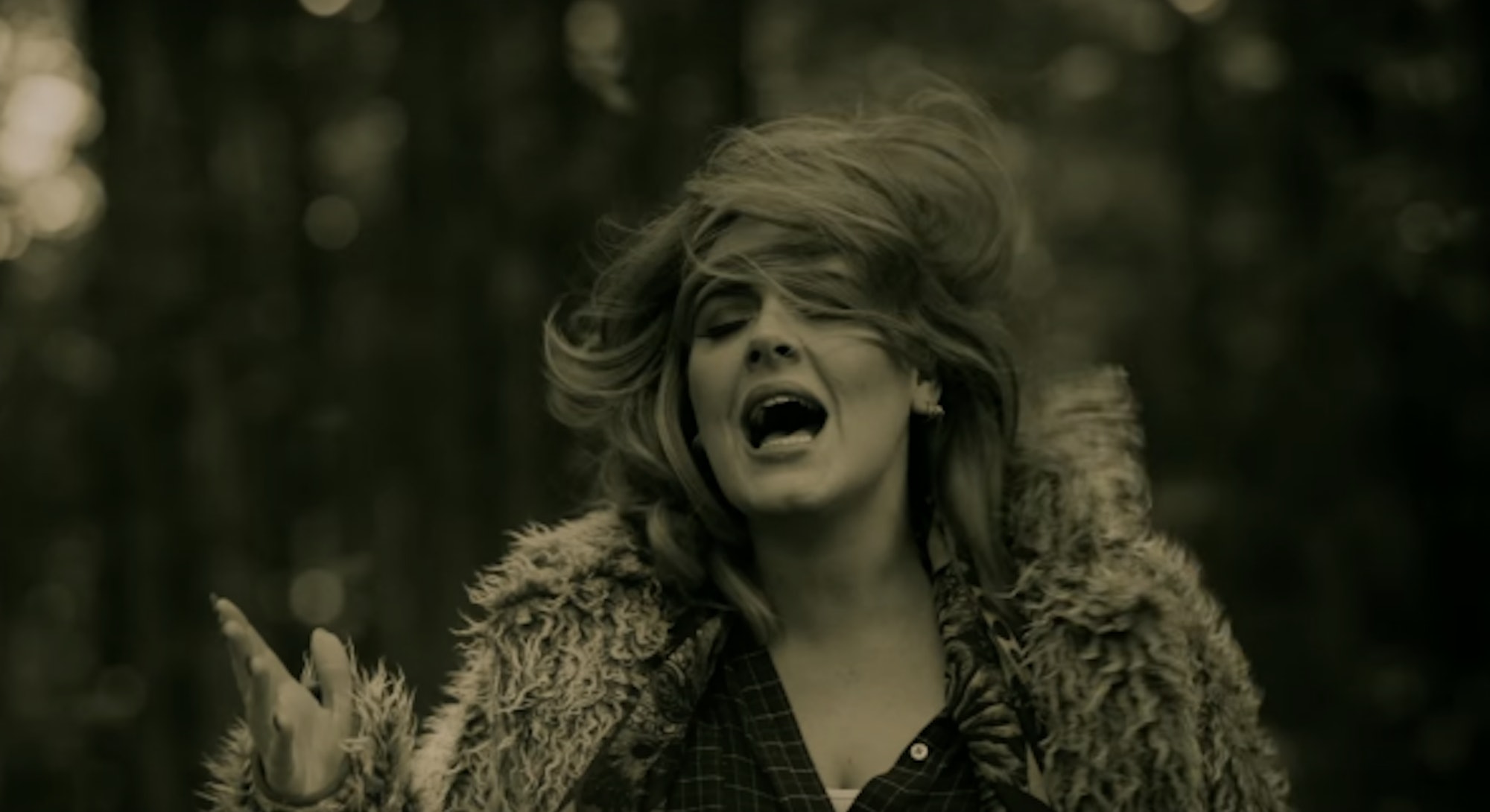 Surprise: Here at Inverse, we really like the internet.

This year was a big year for Inverse and the internet. Foremost, we became a real thing on the interwebs. But more than that, we were entrenched in all things internet-related, and our staff devoured the wacky and wonderful memes, GIFs, Instagrams, photos, and videos that came across our screens each day. Out of all the weird shit, there are bound to be (for whatever reason) some standouts.

This year’s winner for me was Adele’s “Hello” — both the real thing and the many, many spinoffs. May Adele (and the sketches and spoofs she inspires) continue to spread joy into 2016 and beyond.

Others among our writers, editors, and developers somehow came to other conclusions.

Winston Cook-Wilson: I would say Pizza Rat because that lil guy really resonates with my life experience and personal “brand,” but otherwise I definitely have to put on for that time The Edge (of U2 fame) actually fell off of an edge.

Ben Guarino: Best science GIF of the year shows off the Magnus effect of a spinning basketball.

Sarah Sloat: The “ducks screaming” video has to be one of my favorite 2015 gems because it is exactly the ridiculous, weird thing that I want to get from the internet. Who knew that this would be exactly what I (and millions of other people) would find so funny, but there you go.

Nicholas Bashore: I will forever remember 2015 as the year of Fallout 4; the year where this official trailer brought me to tears after nearly eight years of waiting.

Jasminne Young: This might take the cake. There’s just something about Kanye turning up to some weak Wiggles music that gets me. Dance on Kanye, dance on.

Sam Eifling: The author Etgar Keret talking to Guernica. It’s a sustained salvo of brilliant moments, so read the whole thing, but this quote stands out: “My father — I once asked him what was his greatest achievement. He said his greatest achievement was that he fought in five wars in the infantry, always on the front line, and never hurt anybody.”

Andrew Burmon: In which HLN learns that it should probably stick to covering white-girl kidnappings.

Eric Francisco: I can’t say I love Joseph Kahn’s and Adi Shankar’s “Power/Rangers” because they used my favorite thing — I resent them for it, actually — but I do enjoy it as a sharp satire. But talk to me if you want to know Power Rangers, because they don’t.

Peter Rugg: Hoverboards that don’t hover pretty much ruined Christmas this year but their saving grace was the treasury of clips we got of people eating it on their rides. Watching Mike Tyson get taken down by Little Mac in real life is almost makes having the scooters worthwhile.

John Degner: “Let your life lightly dance on the edges of time like dew on the tip of a leaf” — Rabindranath Tagore

Yasmin Tayag: Breadface Blog is exactly how I feel when I come home from work and want to stuff my face with carbs. Only literally.

Lauren Sarner: While this article isn’t perfect — it’s a little sloppy and rambling — it’s a smart, refreshingly candid meta-commentary on the bonuses and boundaries of being a modern internet writer/editor AND the boundaries of modern feminist conversations. Internet-writing about internet-writing is not new and can be a circle-jerk, but this is probably the most honest piece I’ve come across recently.

Corban Goble: How does this kid not have a TV show yet? The system is so broken.

Matthew Strauss: Yo, if you’re up late, doesn’t matter what you’re doing, but these Real Buddy Hours. You’re gonna have to do me a big ol’ favor: Commit some premeditated homicide on that MF like button and smash that till your fingers bleed!!!

Sam Blum: A flock of birds converged over the Manhattan bridge at dusk in the form of Vladimir Putin’s face. Whether or not it’s real, it’s a sign that the end is nigh.

Kylie Maxcy: Here’s my favorite, though I think it was posted at the very tail end of last year. “I walked over to him and I went BAM! I punched him as hard as I could in the chest! I crumpled the kid!”