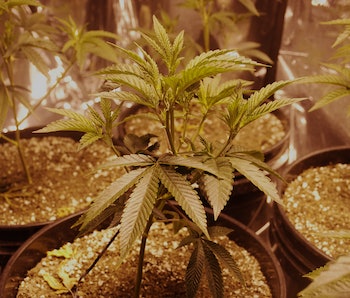 Regulatory requirements imposed upon researchers conducting approved clinical trials with cannabidiol, an extract of the marijuana plant, have been reduced, as announced by the United States Drug Enforcement Administration on Wednesday.

Researchers conducting cannabidiol-based experiments are required (as per Title 21 Code of Federal Regulations §1301.18) by the Food and Drug Administration to be registered in order to possess an approved amount of cannabidiol for any detailed study.

Before Wednesday, researchers hoping to expand the range of their experiments—and needed more cannabidiol than originally approved to retain—had to request, in writing, a revision to their DEA registration, which in turn could delay any further research while the adjustment went through an approval procedure that included review by both the DEA and the FDA.

Under the declared changes, a previously registered cannabidiol clinical researcher granted a waiver can continue their research without interruption—keeping the approval process from halting studies.

The proclaimed modifications are intended to improve the cannabidiol research process in regard to potential medicinal finds and encourage further scientific studies.

A number of researchers have determined that cannabidiol offers several therapeutic effects—ranging from antipsychotic to anti-inflammatory, among others—without the psychotropic effects often associated with marijuana use.

The FDA is responsible for approving drugs for medical use in the U.S., but the DEA regulates the use of controlled substances, including for research purposes.

More like this
Science
Sep. 23, 2022
Three everyday beverages that may taste worse because of climate change
By Tara Yarlagadda
Mind and Body
Sep. 19, 2022
Eating at this hour is associated with lower depression and anxiety, study shows
By Elana Spivack
Innovation
Sep. 21, 2022
Gaming tech could ease pain during surgery — here’s how
By Sofia Quaglia
Related Tags
Share: