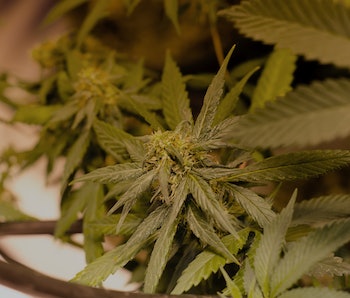 The 140-year-old American Chemical Society showed its support for the marijuana cause today by letting its newly minted Cannabis Chemistry Subdivision — or CANN — take to Reddit for an AMA.

Fielding questions about weed’s effect on the brain, vaping, and connections to psychosis, CANN’s experts demonstrated their familiarity with the academic side of the marijuana debate, which, by and large, represents a huge body of evidence for its full legalization.

It’s crazy that an institution as big as the ACS has gone full-weed, but its decision to promote CANN from its initial status as a “committee” within the organization to full “subdivision status” speaks to the science that drove the process.

That is, there’s scientific data to back up their support of weed, and the organization’s members are taking it upon themselves to make it publicly known.

“We believe that with the exponential growth of the legal cannabis industry, offering a scientific community of professionals, researchers, and academics will improve safety standards and industry practices.”

Sure enough, Reddit’s pot smokers had some serious questions to ask about pot’s risks and benefits. Asked about the cognitive effects of smoking too much weed, CANN vice-chair Jahan Marcu, Ph.D. responded simply:

“This research by Pope demonstrates that negative effects from cannabis on cognition are temporary, and these effects on cognition reverse with abstinence (~30 days).”

Another user, asking about the benefits of vaping over smoking, got the following response, along with some links:

“There is a significant reduction in the stress on one’s lungs with true vaporizing when compared to smoking whole cannabis. It has been demonstrated that cannabis smokers have a lower incidence of lung cancer compared to tobacco smokers and non-smokers according to research.”

Among the pot myths CANN hopes to dispel by spreading the science of weed are the widely held beliefs that CBD is the medical cannabinoid and that THC is the “fun” one. Ditto the pervading stereotype that the title “marijuana professional” is an oxymoron; as CANN chairperson Ezra Pryor, Ph.D., put it, “People learn that I serve the Cannabis Industry and make wild assumptions without ever talking to me about it. Almost everyone that has a sense of what I do, does not understand exactly what it is that I do.”

The CANN Reddit AMA was characterized by a frankness that’s often missing from public discussions about weed but is taken for granted in scientific conversations. The marijuana debate, after all, will only ever be resolved when actual data is afforded the same value as stubborn public opinions, and transparency is the first step toward it.

As one CANN expert put it, “I can only see good coming from increased access and oversight.”

More like this
Science
Feb. 5, 2023
AI Is Smarter Than Ever – But Some Problems Still Stump Today’s Computers
By The Conversation and Jie Wang
Science
Feb. 1, 2023
7 Years Ago the World Agreed to Slow Down Climate Change — But a New Report Shows an Uneven Future
By Tara Yarlagadda
Science
Jan. 31, 2023
If Alien Life Exists on an Ocean World, It May Follow These Chemical Rules
By Kiona Smith
LEARN SOMETHING NEW EVERY DAY.
Related Tags
Share: