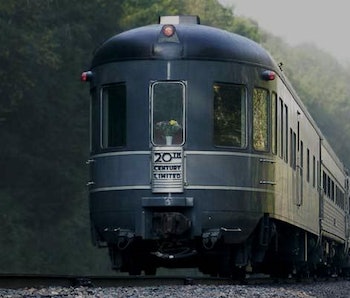 The Pullman Car, the luxury railroad coach popular in the gilded era, provides an interesting historic precedent for the driverless car. Pullmans, after all, got people from place to place in comfort while asking little of them. Owners ate, drank, slept, and partied in their Pullman cars in much the same way people will and are in their driverless ones. The tech is dissimilar, but the notion of travel as comfort isn’t.

In 1863, George Pullman — spurred by a crappy, discomfiting train ride through New York — traveled to Chicago to construct his first model Pullman car, the Springfield, which, according to the Pullman Museum, cost him $18,000 to build. That’s more than $300,000, adjusted for inflation, in keeping with the high price of test vehicles. Right now, even a high-end consumer Tesla costs about $150,000 — or more.

The Pullman’s appeal was huge (and Pullman, the Musk of the late 19th century, a shrewd hype-man). By 1880, the Pullman coach came in sleeping, parlor, and dining varieties, plus a hotel-type car with kitchen areas. You won’t really be able to sleep in an autonomous car for the near future — that raises regulatory hackles — but eating in the go will definitely be a thing.

Here’s where it gets interesting: Pullman ended up losing market share to a new technology called the automobile. Why, the thinking was, wait around for a conductor when you have the freedom of a Model T? But if there is a shared culture of trains that was lost, perhaps it will be reflected, if not revised, in the autonomous car fleet. The shared fleet, to hear its proponents tell it, Uber-fies the driverless car into a hyper-efficient system, one that’s presumably cheaper and spews out fewer emissions. In a 2013 model from the University of Texas at Austin, a single shared autonomous vehicle could replace 11 conventional cars, though the reduction in emssions hovered around 10 percent due to the increased distances of the single car.

The question about the end of Pullman: Did the Pullman car stop being popular because people didn’t like it as much as cars or because it wasn’t as convenient?

That’s not really a rhetorical question. There was a time when driving a Model T was the height of cool, but it was never particularly comfortable. Cars were just a more efficient distributed network (no having your car attached to a train and kept in a rail yard). At the end of the day, the rich were willing to give up customization and trappings to get places faster on their own terms. They could still afford a more luxurious option, but the cheaper one made sense because they could leave right now.

There is a reason that Google is going all in on the driverless taxi race. They don’t want to replace luxury, just offer the specific luxury people actually want: efficiency.