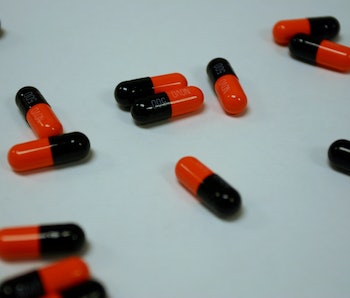 No one likes the supplement industry, which is dubious at best, criminal at worst, and locked in a battle with the FDA that manages to be at once vile and boring. But nootropics, supplements to boost memory and learning, are beloved in Silicon Valley, on Wall Street, and in highly competitive colleges with Ritalin shortages. Sales of nootropics are booming even though scientific studies of the enhancements offered are few and far between. Do they work? Perhaps, but it’s more important to the growth of the nootropic industry that its lexicon takes hold than that its active ingredients do.

First of all, the word nootropics — a combination of the Greek nous, meaning “mind,” and trepein, meaning “turn” — literally created a new drug class. The term was coined in 1972 by Corneliu Giurgea, a Romanian chemist and psychologist, to describe a new variety of substances that, as the experts at Nootroo put it, “enhance learning and memory, while being extremely safe and protective of the brain.”

That’s pretty much a description for the brain supplements sold by brands like GNC — its Brain Health Formula, for example, is meant to “support memory function and retention.” But the word “supplement” is noticeably uncommon on leading nootropics sites, popping up only when absolutely necessary. In product descriptions on the Nootrobox website, for example, “supplement” comes up only once per page, and only to describe the FDA classification of certain ingredients.

The relatively jargon-heavy language of nootropics suggests that its target customers are slightly more science-savvy than their supplement-swilling counterparts. Supplements have become synonymous with bros of the body-building variety and, whether or not the stereotype is true, the nootropics brand is intent on setting itself apart. And subtlety is not required. Just take a look at its formulation process:

“We look at all the scientific literature out there. Some ingredients have no peer-reviewed science behind them (colloquially, known as ‘bro-science’), while others have promising clinical data over several trials.”

Nootrobox values scientific literacy and targets a crowd that does as well. The company’s site mentions that its ingredients are vetted by “double-blind, peer-reviewed journal studies” every chance it gets. Nootroo’s site, likewise, includes links to the studies it cites. Ingredients in brain supplements sold by GNC, in contrast, are described as “clinically studied” without any further elaboration. The difference is small but significant.

In addition to shunning the language of supplements, the nootropics community has created its own unique lexicon. The drugs provide “cognitive enhancement,” not brain “health” or “support.” Users refer to “stacks” — combinations of different nootropics — and raw ingredients are termed “nutraceuticals.”

“Biohacking” is a word that comes up often and requires no explanation. As for whether it applies here, well, it depends on who you ask.

All this is not to say that GNC and other supplement retailers are lying about their studies or that nootropics companies are necessarily citing good ones, but to point out that the supplement industry and the nootropic industry are playing similar linguistic games with two very different constituencies. Both promise effectiveness in colloquialism comfortable to the target demo, and both are fundamentally short cuts — albeit the sort of short cuts smart people take. And that’s the idea.

Buried under the language, the nootropic industry and the supplement industry offer the same thing, an edge, in the context of the same goal, winning. It’s inevitable that the line between the two things, now defined by plausibility, will eventually get blurred. That might hurt the nootropic industry and it might hurt potential users who’ll never take a chance on enhancement. Either way, it will result in an auditing of language.

Don’t expect that copy to get any less dense.

More like this
Mind and Body
9 hours ago
What’s the best way to wash your face? Dermatologists explain the science of clean skin
By Katie MacBride
Mind and Body
6.25.2022 3:00 PM
What makes eggs organic? A USDA expert cracks open the complicated answer
By Elana Spivack
Mind and Body
6.21.2022 10:00 AM
What is hybrid immunity? Two experts explain the mix of vaccination and infection
By Grace C Roberts, Lena Glaser and The Conversation
Related Tags
Share: