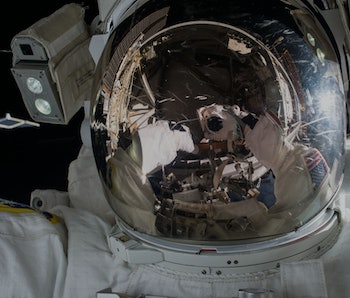 OK, so pretend like you were born yesterday — literally yesterday, like December 10, 2015. You obviously want to be an astronaut, because NASA’s working on sending people to Mars and it’s all that anyone ever talks about. For the purposes of this article, you understand human speech. You’re precocious. Congrats on that.

But here’s the thing: Everyone who was born yesterday wants to be an astronaut, so your competition is pretty thick. If you’re going to stand out from the crowd, you’re going to need a plan of action, like, yesterday.

I asked Nicole Cloutier-Lemasters, spokesperson for NASA’s astronaut office, to speculate on the skills that the astronauts of 30 years from now are going to need, and she said it’s impossible to say. “The best advice I have heard from veteran astronauts to young students is for them to pursue their own individual interests and passions, and to do them to the best of their ability,” she said, which is fair enough, but not super actionable.

Sure, ‘do what you love and try your best’ is great advice for anyone, but it’s not going to be enough to get you to Mars. Here’s the best way for baby space explorers to get an edge on the competition.

Let me end the thought I started in that header: for a really long time.

If you’re going to be a future astronaut, you’re going to need at least one (probably several) ace degrees in engineering, biological science, physical science, or mathematics from top schools. This is basic. You’re going to have to be really freaking smart in more than one field, and also have boss general knowledge and intelligence. Definitely follow sciency-paths that interest you, because no one studies long enough and hard enough to become an astronaut if they’re bored by the subject matter.

“These more challenging missions mean astronauts need to be a ‘jack of all trades’ — they may have to be using the robotic arm to attach a visiting cargo craft in the morning, and then go on to working on hardware maintenance in the afternoon, or perform science experiments in the laboratory,” says Cloutier, describing what NASA is currently looking for in new recruits.

The missions that NASA will be planning 20 years from now are bound to be even more ambitious. If you’re not smart about everything you do, you’re not going to make the cut.

Being an astronaut means subjecting your body to super harsh environments, and you’re going to need to get tough. On top of having super high levels of general strength and fitness, taking up extreme sports that mimic space environments is a really good idea.

Astronauts currently train under water, so SCUBA skills are a must. Or try freediving, and see if you can manage to swim 420 feet down on a single breath.

Learn to fly. Obviously if you’re going to pilot space shuttles you’re going to start out on jet planes, but don’t limit yourself to traditional flight school. Think basejumping, paragliding, and wingsuits. Even race car driving will teach you body control under extreme G forces.

Space travel is seriously hard on the human body, and the round trip to Mars is expected to take 30 months. Get strong, get tough.

3. Play nicely with others

This is Kindergarten 101, but you’re like, a day old, so I’ll spell it out for you. Astronauts are part of a team, a team that you need to rely on in life-or-death situations. If you’re going to be one of them, you’re going to have to be relentlessly independent and self-motivated, and at the same time be that person that everyone likes and wants to work with. “We need individuals who are good team players and who are adaptable,” says Cloutier.

So there you have it. Be smart at specific things, but also at everything. Be fit in general and also push your body to extremes. Work hard on your own, and harder with others. Make a plan and stick to it, but also revise your plan constantly.

Be the best. Mars will need the best.