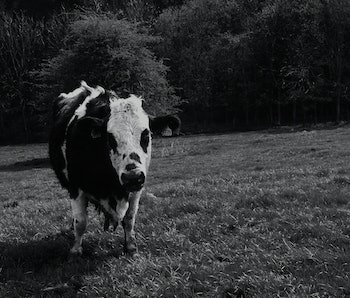 Cow’s milk produced at night may work as a treatment for insomnia and anxiety, states a recently published study.

A glass of warm milk is a well-known proposed solution to sleeplessness—but according to an article published in the Journal of Medicinal Food on November 18 by a research team from South Korea, the best sort of milk to try when having a hard time falling asleep is milk that was collected from a cow at night.

The study designates milk collected at night as “night milk”— makes sense—and the researchers involved found that the beverage possesses tranquilizing effects for mice. The intake of night milk not only decreased activity in the studied mice, but also affected balance and coordination while additionally increasing the overall sleep time taken for rest when compared to the activity of rodents who were fed milk secured during the day. The mice fed night milk also seemed more interested in the exploration of open spaces, which indicates a reduction in anxiety comparable to the effects experienced by mice from the consumption of the anti-anxiety med diazepam.

Researchers reported that night milk has 10 times the amount of melatonin (a hormone that helps regulate the human sleep cycle) found in day milk, plus 24 percent more tryptophan (an amino acid known for its sleep-inducing properties).

However, as of yet there’s been no testing on humans, which means night milk might not be as effective—or effective at all—on people. Furthermore, if it does have to be a dairy product that ends up helpful with rest, one can only hope the South Korean researchers will reach across the ocean and consult Ben & Jerry’s on a proper delivery method.