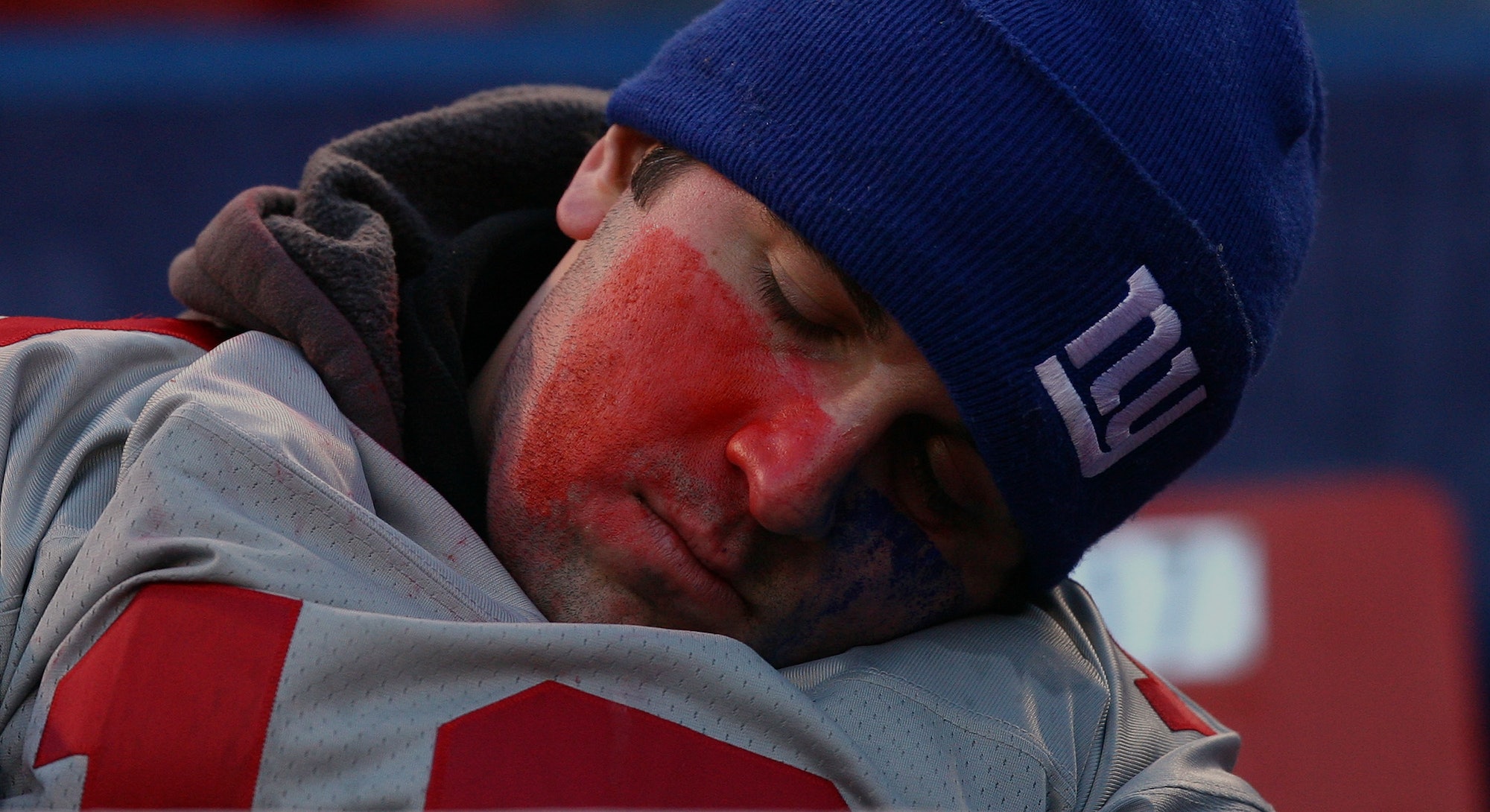 It all started in high school. I’d finish my homework and flip on Letterman. The older I got, the later I stayed up. Conan got roped into it. Maybe I’d read a bit more; I’d regularly be up till past midnight. The pattern has stuck. Throughout college and up till now, I go to sleep late. And I’d prefer to sleep late, too. But, in the United States, it’s seen as anomalistic. Regularly, my friends, relatives, and coworkers will shame me. Sleeping — in general— has become synonymous with laziness, instead of being viewed as a natural human function. If you like to sleep in, then you’re really screwed. A country full of grown-up playground bullies, America needs to give sleep shaming the rest it deserves.

A couple of years ago, The New Yorker published a piece that satisfied me more than the snooze button. In “Up All Night,” Elizabeth Kolbert chronicles sleeplessness and its researchers. In one particularly resonant chunk, she speaks of Till Roenneberg’s typology:

“Each of us has an internal clock, or, to use Roenneberg’s term, a ‘chronotype.’ Either we’re inclined to go to bed early and wake up at dawn, in which case we’re ‘larks’, or we like to stay up late and get up later, which makes us ‘owls.’ (One’s chronotype seems to be largely inherited, although Roenneberg notes, not altogether helpfully, that the ‘genetics are complex.’) During the week, everyone is expected to get to the office more or less at the same time — let’s say 9 A.M. This suits larks just fine. Owls know they ought to go to bed at a reasonable time, but they can’t — they’re owls. So they end up having to get up one, two, or, in extreme cases, three hours earlier than their internal clock would dictate. This is what Roenneberg refers to as “social jet lag” — each workday, owls fall asleep in one time zone and, in effect, wake up in another. By the time the week is over, they’re exhausted. They ‘fly back’ to their internal time zone on weekends and sleep in on Saturday and Sunday. Then, on Monday, they start the process all over again.”

Holy revelation! I wasn’t alone and, better yet, I started to feel like I wasn’t some kind of deviant. I can be lazy, sure, but I don’t think my sleep schedule is. I feel most comfortable getting into bed around midnight or 1 a.m. I will get up two, three, or even four times a night to pee, think, drink water, or wonder why I didn’t catch that pop fly in the third grade. Then, if it’s up to nature, I will sleep till around 10 or 11 a.m. So, say I’m in bed for about ten hours: I’d guess I am solidly asleep for five or six of those. I am a terribly light sleeper, the sun, sounds, and scares all constantly rousing me. Five or six hours of sleep isn’t very much, but I’m always made to feel like I’m some sort of freak for not being the walking equivalent of the second-half of a Folger’s commercial in the morning.

Who are these shamers and what is their motive? Many are akin to Tim Cook, Apple’s CEO, who “brags” about his early schedule:

Cool story, Tim. Am I supposed to be impressed that you wake up earlier than a farmer with a cocaine addiction? It’s this kind of bravado — often linked to capitalism or parenting — that I don’t buy. Are you somehow more of a man than I am if you rise early in the morning? Nothing sounds worse to me than waking up at dawn, heading to the gym, eating a big breakfast, and then rolling into the office. I get up with the minimum amount of time to spare and crash my body into work barely knowing what planet I’m on. But, am I judging the early-risers? The larks? No way. Do what works for you, but take it easy on us owls.

And there’s the rub: The American workweek does not — and some would argue cannot — bend for late-risers. Many owls have found their way into industries that can support their schedules, like bartending, stand-up comedy, or hosting Tales from the Crypt. But, the fact remains that most jobs fall into the 9 to 5 framework. Furthermore, there’s something of a pervasive workplace mentality that honors those who get in first. Why? Tim Cook probably sleeps better than I do. That’s just the way his body is wired. You wouldn’t call out someone who has migraine headaches. Why do we think it’s okay to throw stones at the tired guy?

The walls of the office can’t hold sleep-shamers, though. It’s inescapable. I have a buddy who regularly texts me on the weekends when his 1-year-old son wakes up: around 5 a.m. I keep my phone on silent — obviously — but still feel a twinge of guilt when I answer hours later. I shouldn’t. Waking up that early on a Saturday sounds awful, and I’m sure that some of his early-rising, badge-of-honor bombast comes from a realization of how shitty his situation is.

Dr. Rafael Pelayo, sleep specialist at the Stanford Sleep Medicine Center, called me from California to echo similar findings about morning larks and night owls. “They’ve found out at a DNA level that some of us are predisposed to be morning people or night people,” Dr. Pelayo explains. “Society does usually reward the early bird, if you will.”

Dr. Pelayo talked about a second wind that most humans experience at night before telling me that, yes, people can try to change their habits: “Because you’re a night person doesn’t mean you’re condemned.” He says some feel “forced” to restrict themselves to being bartenders or computer programmers and that they can open up their options with some simple steps — rats, he says, will eventually eschew their nocturnal feeding if only presented food during the day in controlled experiments. Ditto for humans. Dr. Pelayo explains:

“If you want to change your behavior — and that’s a big if, because some people don’t want to change their behavior — you want to control four variables. They are four variables that spell the word self. This is how I teach it to my students. If you can control your social interactions, your exercise, your light, and your food intake every day, your sleep schedule will self-regulate in a few weeks. Instead of focusing on falling asleep, let’s focus on waking up instead. Plan something you enjoy doing early in the morning. I have patients who play video games or play music — something you look forward to doing right when you wake up and if you don’t do it then, you have to wait till the next morning. Then you have a reason to wake up.

Dr. Pelayo says that you can “walk your way back” about 15 or 20 minutes a week until your sleep is regulated. He concedes that owls will go back to their routine on vacation or time period of work to which I say: Let’s change the game. I accept that I might need to wake up earlier than I want to, but I also think typical businesses should work with their employees on different schedules that are more attuned to their sleep schedules. There is no doubt that I am more productive when I’m well-rested. Why would a business want St. Zombie every day? It’s the 21st century: the internet and smartphones are things that exist. Let’s act like it, instead of succumbing to some meathead stranglehold on bygone systems of behavior.

Seinfeld has a great bit about Night Guy vs. Morning Guy. Night Guy selfishly stays up late, screwing Morning Guy. Seinfeld is opening up a conversation about human dialectics, but he’s also scoring one for Team Owl. See, I will always be Night Guy, even in the morning. I stay up later than the larks because I like the night. My body is formatted that way and, if you ask me, more interesting things are happening at night. What would be the problem with a work day that went from, say, 11 a.m. until 7 p.m.? Plenty of counties in South America and Europe have more flexible work schedules — why can’t we? I’m not being lazy: I’d just like to get a little more sleep.