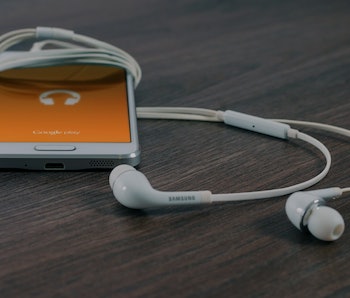 As the number of internet consumers grows, so too does their power. The 2016 Ericsson ConsumerLab Report, out today, suggests that rather than silently abandoning faulty technologies, people are now more likely to complain on Twitter first.

Ericsson ConsumerLab “gains its knowledge through a global consumer research program based on interviews with 100,000 individuals each year, in more than 40 countries and 15 megacities — statistically representing the views of 1.1 billion people.”

And, according to its findings, the art of complaining online — either directly to brands or on third-party sites like Yelp — is becoming more and more effective. As a result, companies are being forced to respect consumers’ voices and become more responsive. Otherwise, the sheer volume of complaints will override their ability to sell more bad products.

Ericsson renews this report, titled “10 Hot Consumer Trends of 2016,” each year. It’s broken up into 10 forecasted trends, which have names like “the lifestyle network effect,” “streaming natives,” “AI ends the screen age,” “netizen journalist,” and more.

These findings stem from the report’s introduction, the “Lifestyle Network Effect,” and “Netizen Journalists.”

Responsiveness on social media can make or break a company: If you’re quick and helpful, you’ll impress potential customers and garner trust; if you’re slow or tend to ignore complaints, your reputation will suffer.

Also, almost half of all consumers now consider user reviews more informative than expert reviews. (And rightly so, when these experts are taking bribes and being generally shady.)

Let’s say I’m in the market for new earbuds. I like running and being able to hear some street noise for safety reasons. I also like hands-free phone calls. Chances are I’ll have much better luck digging through user reviews for a like-minded person than I will reading paragraph upon paragraph of overly-specific tech blabber. What’s true of video games should also be true of most other products: personality overlap matters.

These two facets of the Ericsson Report combine to make future consumers powerful. The Everyman’s opinions are gaining importance. His peers care more about what he says, and, as a result, so too must the companies. The future is an empowering place: “We are entering an era of inclusivity unlike anything we have ever seen before.”

In other words, it’s in your interest — both now and down the line — to pester companies and post negative reviews. Don’t throw out those earbuds that broke after just three weeks — publicly shame the company. They’ll start to listen. And I’ll know not to buy those crappy earbuds.