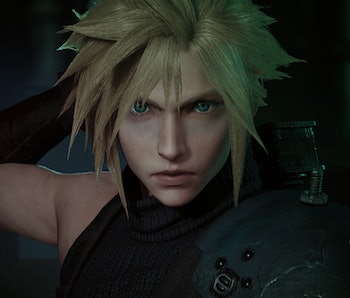 At PlayStation Experience 2015, a new trailer for Final Fantasy VII Remake — a current-generation update to Square Enix’s most popular Final Fantasy entry — emerged with crucial new details revealing modern gameplay and an episodic distribution model. According to the press release, the game will be released in installments, and interviews with Japanese gaming outlets Famitsu and Dengeki Online reveal the developers intent to make a quicker, faced-paced game akin to Kingdom Hearts and Dissidia Final Fantasy.

To illustrate the game’s “degree of action,” Nomura said “it’s Dissidia Final Fantasy, then Kingdom Hearts, then Final Fantasy VII Remake.” He further added: “There won’t be any actions that require a technique. By using the new system, we want to do action battles while also being able to fight while thinking strategically.”

While it will be annoying for gamers to wait even longer for the full experience after the game’s far-flung release (a release window hasn’t been announced), the method does allow for deeper exploration into areas of Midgar that players couldn’t access back in 1997.

“[I]f we’re remaking this world, we want to add in areas like this and depict them with real detail.” Kitase alluded that some content will be cut regardless “for various reasons” (though Cloud’s cross-dressing is totally in), he went on to say that “the overall amount of content is only going to increase.”

Final Fantasy VII Remake will be released for the PlayStation 4, sometime.