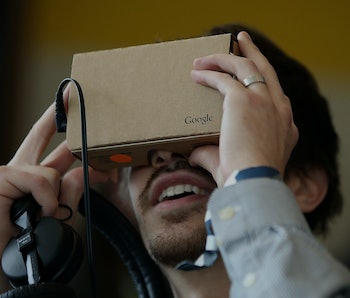 Whether or not you believe the Google Cardboard viewer counts as proper virtual reality — it’s got the 360-degree part down pat, but lacks immersive, user-controlled movement — it’s getting dragged into VR’s pornographic future.

Perhaps the brothers Forsamax will fare better with their erotica venture — the Forsamax Facebook page hasn’t been updated since December 2014 and makes cryptic references to “cyber attacks” — but the (obviously NSFW) website is both illiterate and veers toward the sad side of titillation.