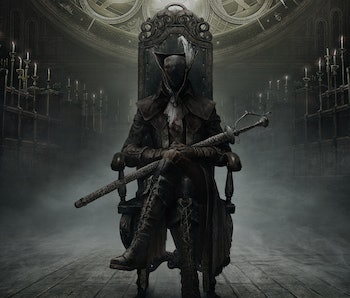 Bloodborne’s DLC has been with us for a week now — and it’s absolutely fantastic. Not only does the DLC add a wide variety of new locations and bosses, but plenty of new weapons for players to utilize as they fight in the nightmare. However, these weapons are hidden throughout the new sections of the game and as usual with FromSoftware titles, are sometimes difficult to find.

Here, we’ve picked some of our favorite weapons from the DLC and detailed how to find them.

Carried by the hunter Brador, the Healing Church assassin, Bloodletter is a gigantic mace that transforms into a two-handed spikeball. Like the popular Chikage Katana from the base game, Bloodletter drains health from you when you transform it — however, this drain only takes place during the initial transformation and not continuously, making it ideal for sustained combat when in its more powerful form.

This weapon can be obtained by killing Brador within his cell located past the Underground Corpse Pile lamp, which can be accessed with the Underground Cell Inner Chamber Key. They key is given to the player by the Harrowed Hunter after completing his quest, or by killing him next to the Lighthouse Hut Lamp.

Wielded by the malformed Church hunter Ludwig, the Holy Moonlight Sword is a more powerful version of Ludwig’s Holy Blade; which was already considered the most powerful weapon in Bloodborne before the DLC. Essentially, it’s a smaller broadsword that transforms into a greatsword — with the power to throw magic projectiles across the battlefield at the expensive of quicksilver bullets. Not bad right?

In order to get the Holy Moonlight Sword, you must first kill Ludwig, The Holy Blade. He’s The Old Hunters first boss and a bit of a pain to take down, but once you do, his head will appear on the floor near the Underground Corpse Pile Lamp. Go over to the head and speak with him while wearing a piece of church armor, answering ‘yes’ to his question to receive the sword. Alternatively, you can kill the head and the sword will drop too.

The Whirligig Saw is an absolutely devastating weapon, capable of dealing tons of damage while transforming. Originally it acts as a small mace capable of dealing moderate damage, but transforms into a giant pizza cutter that can wreak havoc on your enemies so long as you keep it spinning. This spinning mechanic builds up your damage as you attack, especially if you buff with fire, arcane, or lightning from the various items Bloodborne gives you access to.

The saw is fairly easy to obtain and shows up early in The Old Hunters DLC. After clearing the first area around the cathedral, spawn at the Nightmare Church Lamp and proceed down the stairs under the tomb. Jump down into the blood-filled canyon on your right, and follow it all the way to a gravestone. The Whirligig Saw will be waiting on top.

Lady Maria’s weapon of choice, Rakuyo is a hunter weapon that starts as a twin-blade (think of Darth Maul’s lightsaber) and transforms into a curved sword and dagger. While it doesn’t do anything fancy like the Holy Moonlight Sword or Bloodletter, it does have a wide variety of moves that hit very fast, allowing you to chain together strikes and build up damage on enemies quickly. This weapon can also be buffed with fire, arcane, or lightning to increase that damage even further.

Rakuyo is one of the more difficult weapons to obtain in The Old Hunters, and odds are it will take you a few tries. You can find it within the Fishing Hamlet at the bottom of the well, which can be reached from the underground tunnels at the end of the area. You’ll know you’re in the right place when you see a giant metal elevator in the middle of the room. Here, there are two paths that lead to the boss and a set of Winter Lanterns. Run past the two Winter Lanterns and make a left, jumping down into a cavern with a giant — you’ll have to kill him and his buddy to get them to drop Rakuyo. It’s going to take a couple of tries, but focus on one before killing the other to even the odds and claim your prize.

Keep in mind that these are only four of the weapons available in The Old Hunters DLC, with another seven scattered about the landscape. If you’re interested in any of the weapons we didn’t mention or unable to find those we listed above, check out this weapon guide from PS4Trophies: