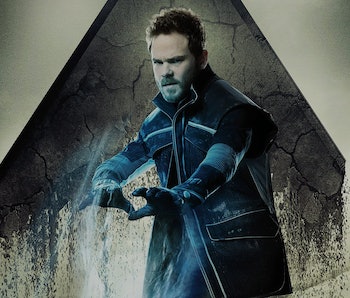 Brian Michael Bendis bows out of Uncanny X-Men #600 with lots of loose ends tied up. The one that has the internet buzzing: OG X-Man Iceman coming out as gay.

It isn’t a bold move for Marvel to spotlight diversity in 2015, but being bold isn’t the agenda. In a landmark year for civil rights, Marvel is reflecting its readers — gay comic fans are some of the most passionate you could meet — by adding depth to the bro-popsicle Iceman. This isn’t forced diversity, it’s just a good story with the bonus of making a historically discriminated people have reflection in pop culture. Besides, who isn’t fascinated by overconfident, over-arrogant dudes hiding insecurities?

Last spring, in All New X-Men #40, Bobby Drake’s try-hard come-ons to Magick were seen through by Jean Grey (rudely reading his mind without consent) and she confronted him about his sexuality. The X-Men were dealing with some time travel mishaps at the time so Jean Grey was talking to a younger Bobby Drake. This meant that Iceman in the present, a man with dozens of notches on his bedpost, could actually be bisexual or hiding in the closet.

In Uncanny X-Men #600, the younger and present Iceman (Icemen?) meet. Younger Bobby says he’s gay and asks Present Bobby if “that means you are too.” He is.

On their own, the cinematic X-Men are an obvious parable for gay civil rights. These “freaks” who discover their gifts during adolescence and framed as a menace fight a never-ending struggle for equal rights and tolerance. Imagine being a gay, teenaged comic fan in the 1970s and ‘80s finding solace reading X-Men even though Wolverine or Cyclops never kissed dudes.

But the X-Men have been a regular platform for sexual and ethnic diversity in comic books. In 1992, Marvel writer Scott Lobdell finally had permission to make the Canadian mutant Northstar come out as gay, which was a big move as the AIDS crisis had just subsided. In 2012, the Marvel Universe celebrated their first major gay wedding when Northstar got hitched with his boyfriend Kyle Jinadu.

In 2015, a superhero coming out isn’t “groundbreaking” for the culture like it was in 1992. Today, it’s just rich characterization. Knowing Iceman is gay now adds some neat context should one go back to older issues and read through his string of failed relationships. Accusations of forced diversity are inevitable, and this will probably have zero effect on the Iceman in 20th Century Fox’s X-Men film franchise played by Shawn Ashmore.

But those who know better know that a gay superhero isn’t a gimmick or pandering or a cash-grab. It’s just tradition.