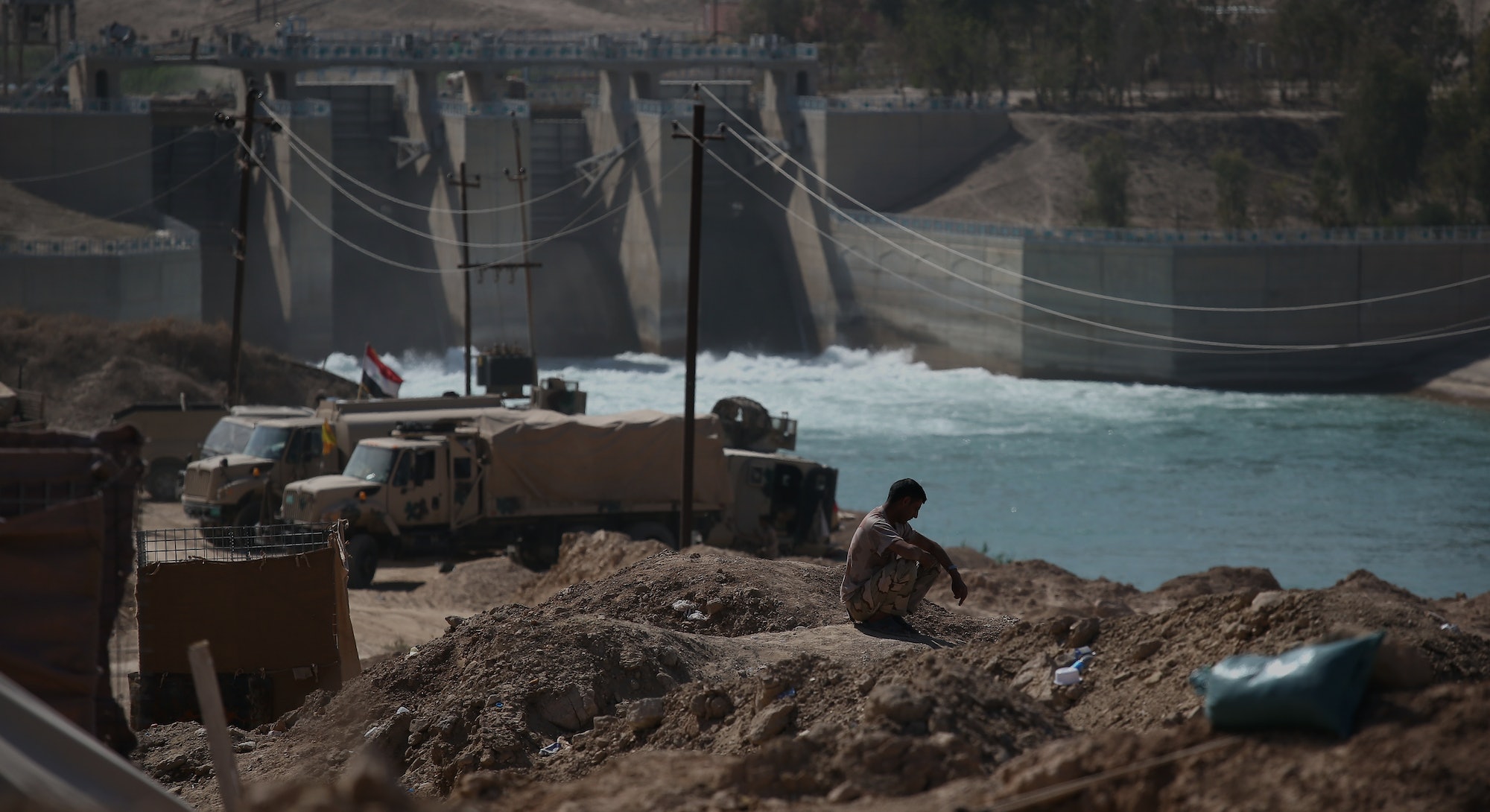 As the world gets warmer and resources become scarcer, something as banal as good water management in conflict zones could be the difference between war and peace.

Earlier this week, a new study found that the Persian Gulf might be so hot as to be uninhabitable for humans by 2071. Between now and then, countries in the Middle East will continue to face war and humanitarian crises, and rising temperatures and water scarcity will only make those conflicts deadlier. Consider the exodus from Syria into Turkey and the Mediterranean as a preview of this thirsty, desperate future — one the United Nations is increasingly trying to head off.

In a new story for The Nation I reported on that phenomenon — specifically, how climate change is threatening Iraq’s fragile government. The country is in the middle of a humanitarian crisis because of a number of factors, beginning with the 2003 U.S. invasion and going through the next-door war in Syria and the rise of ISIS.

As a result of those overlapping disasters, Iraq has 3.5 million internally displaced people and hundreds of thousands of refugees who have fled the war. The United Nations considers those groups especially vulnerable to the effects of climate change. The UN’s Development Program has devoted considerable resources not only to addressing the current humanitarian crisis, but more importantly to stemming future disasters.

Kishan Khoday, UNDP’s team leader for climate change, disaster risk reduction, and resilience in the Arab region, laid out the issue in an email to me.

“A need exists to rethink the link between humanitarian and climate change goals, and to create new climate-resilient approaches to peace and security,” Khoday says. “UNDP is helping address the nexus between climate change and human security by, among other things, supporting the development of Iraq’s first national environmental strategy, assessing the environmental vulnerabilities facing communities hosting IDPs and refugees, and developing national capacities and mobilizing scaled-up finance for enhanced water governance, climate change adaptation and drought risk management.”

In the near term, that involves things like digging new water wells, and working to improve sanitation. One program UNDP invested in connected a village in southern Iraq to the main water pipeline in the closest city, thereby providing 1,500 people with regular access to water.

More broadly, what that means is that the UN doesn’t want Iraq to be a repeat of what happened in Syria from 2006 to 2010. Over those years, Syria faced its worst drought in recorded history. Food prices skyrocketed, urban populations ballooned as farmers flocked to cities for work, and terrible resource management by President Bashar al-Assad’s regime helped lay the groundwork for the 2011 uprising that has mushroomed into civil war. The UNDP is hoping that by investing in what they call “resilience-based measures” in Iraq they can lessen the risks climate change poses.

Somewhat ironically, the UN dubbed 2013 the International Year of Water Cooperation. Since then, groups in Iraq and Syria have consistently and repeatedly used water as a weapon, none with greater success than ISIS. Their brief seizure of the dam at Mosul in northern Iraq in August 2014 forced Kurdish forces to mount a major offensive, with heavy U.S. air support, to retake it.

Though that mission was successful, ISIS has managed to hold onto major dams along both the Tigris and Euphrates rivers. Farmers living downriver from the Ramadi dam, which is under ISIS control, are suffering the dual effects of drought and ISIS’ withholding water. “The extremists are not letting as much water downriver and this is worsening the impact of the drought on the marshes” in southern Iraq, writes Raad Salem.

This points to a dire reality: Access to water is already a driving force in conflicts, and is likely to become even more so in the coming years and decades. “Countries already experiencing water stress or far worse include Egypt, Jordan, Turkey, Iraq, Israel, Syria, Yemen, India, China, and parts of the United States,” writes Nafeez Ahmed, summarizing a peer-reviewed study published in March in the journal American Water Works Association. Ahmed writes that the study found droughts and bad water management led to a loss of 117 million acre-feet of stored freshwater in the Tigris-Euphrates area of Iraq, Syria, and Turkey.

Somalia and Yemen, both countries where the United States has maintained counterterrorism programs, are also facing water insecurity. The United States and other rich countries should look to the lesson of Syria and realize that climate change needs to be regarded as a global security issue. Increasing access to water in developing countries could be far more effective in promoting stability than another 15 years of the war on terror.