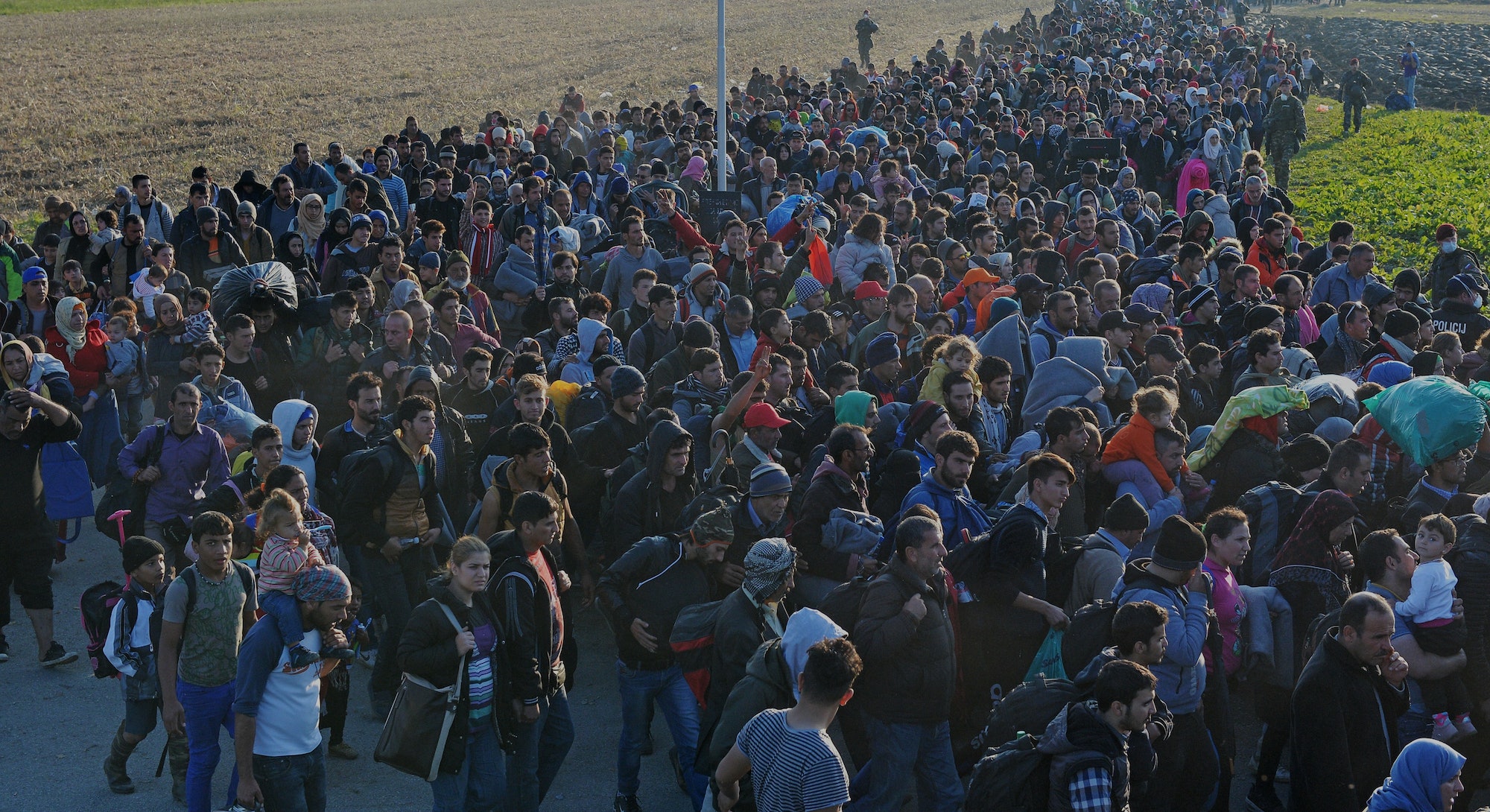 More than 12,000 refugees have entered Slovenia since Thursday, a move that was a direct reaction to Hungary closing its border to Croatia.

Thousands more are expected to follow suit in the coming days, the vast majority of whom will have no other option but to sleep outside, moving from camp to camp. This drone footage of hundreds of refugees making their way through farmland near the Slovenian-Croatian border gives a unique perspective on the scale of the humanitarian crisis.

From war to earthquakes, drones are increasingly becoming a tool to capture the magnitude of events. College journalism programs are adapting to teaching trainees the technology, while Poynter predicted at the start of the year that 2015 would be the year for journalism and drones.

With Slovenia as the smallest country on the Balkan migration route toward Germany, authorities are concerned that they will not be able to manage to accommodate the refugees, a dilemma that Amnesty International has described as a “looming refugee disaster.”

Night temperatures in the Balkans fall to the single digits (celsius), making for devastating conditions for the thousands without shelter. This weekend EU leaders met for an emergency meeting in Brussels, during which refugee agencies pointed at the overwhelmed Slovenian Brezice camp as an example of crisis mismanagement.

If there’s no EU solution to the migration movement into Slovenia, the country’s leaders say they will be forced to act on their own (but have not announced any actual plans.)

“Slovenia cannot become a pocket in which refugees would be stuck if the Austrian and German borders close,” said President Borut Pahor, reports the Associated Press, “because the country could not handle that.”