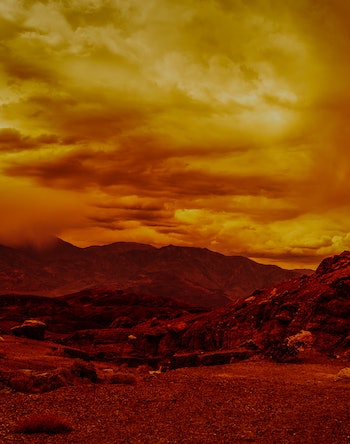 To the dismay of the politicians who’d like you to believe that climate change will fix itself, this year is expected to continue to smash temperature records left and right.

This September was the warmest September on record, clocking in 1.6 degrees Fahrenheit above the 20th century average, according to new data released by NOAA.

It was the fifth consecutive month to deliver record heat.

Warmer temperatures are expected to continue through the winter thanks to a particularly strong El Niño effect.

El Niño is a normal variation in weather patterns where Pacific trade winds near the equator weaken, allowing warm water to flow east toward the South American coast. The effects on land are significant, bringing storms to areas that rarely see them and drought to areas that are used to monsoon rains.

Whether or not climate change is causing more El Niños or more severe El Niños is still a matter of scientific debate, although one recent Nature Climate Change paper suggests El Niño events could double in response to warmer water temperatures in the Eastern Pacific.

There’s an obvious danger in mistaking normal weather variation for larger climate patterns. That’s what allows politicians to suggest global warming has slowed, when that’s not the case. It’s what leads your neighbor to shrug and say “where’s global warming now?” in the face of a polar vortex.

But this year, at least the logical fallacy will push folks the other way, toward recognizing that record-high temperatures are part of a bigger warming trend.

If there’s a silver lining, it’s that when politicians meet in Paris to discuss climate change action in December, they’ll be engulfed in evidence of a warming planet.

Record temperatures just might push negotiators toward greater willingness to recognize climate change as a threat worth doing something about. The tide may be turning.