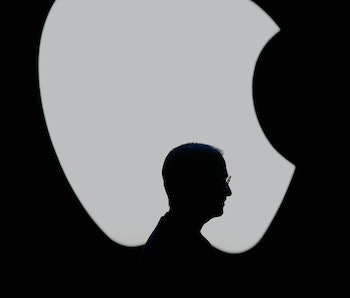 Judging box office numbers is easy business until it isn’t. Moviegoers are fickle: Are they more keen on a scientifically accurate sci-fi adventure yarn? Or a big-budget remake of a beloved fairy tale that looks to be a crime against cinema? I’d quote a well-known aphorism about chocolate and chance, but that’d just be too predictable. Here’s what to expect at the movies this weekend.

What Will Win: The Martian

Last week’s box office champ will top the charts for a second weekend mostly because of lackluster competition, but also because it’s legit. Its $54.3 million take last weekend made it the second-highest-grossing October opening ever, proof that people cotton to a popcorn pic over the prestige films that position themselves for Oscars this time of year. Audiences seem to want to watch Ridley Scott’s Mars movie on the bigscreen in 3D, for Matt Damon’s performance and for the gorgeously rendered red planet. The Martian should keep up the pace at around $35-40 million this weekend.

What Will Disappoint: Pan

Second star to the right, and straight on to being a flop. Seriously, whose idea was it to throw $150 million at a Peter Pan origin story with a white Tiger Lily, a strapping young pre-Captain James Hook, and Hugh Jackman entering his insane phase? Everything about Warner Bros’ Pan looks like a mistake — too bad, since director Joe Wright is a fairly talented guy. He handled ornate dramas with Atonement and Anna Karenina, and even deconstructed a fairy tale with 2011’s Hanna. But Pan looks like one of those movies that seemed ingenious on paper but a complete head-scratcher in execution. Hotel Transylvania 2 will probably eat its lunch. Pan will get the call to the Chinese market on October 22, this weekend it should open in fourth or fifth place, with about $16 million.

What Will Surprise People: Steve Jobs

The hagiography of the late Apple CEO has a big pedigree. Coming from Academy Award-winning director Danny Boyle and written by human dialogue factory Aaron Sorkin, the unorthodox biopic starring Michael Fassbender in the title role opens in only four theaters in New York and Los Angeles this weekend. It’ll expand into theaters nationwide at the end of the month, but still should put up some decent per-theater numbers in limited release. It’ll be a good indicator of how much the movie will make, which should be significant against its modest $30 million budget. It should tally in the hundreds of thousands this weekend, presaging bigger hauls.

What’s On the Horizon: Crimson Peak

Guillermo del Toro’s first movie after unleashing giant fighting robots onto the world looks to be right in the director’s spooky, gothic wheelhouse, just in time for Halloween. Also on the horizon is Steven Spielberg’s Cold War thriller Bridge of Spies and the family-friendly Goosebumps movie, which will make for an eclectic box office selection through October.