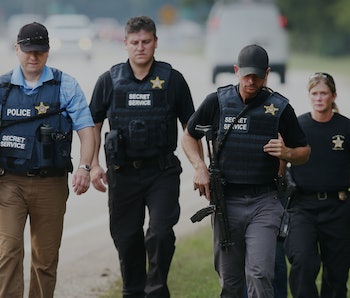 A Chicago activist group has launched one of the nation’s first comprehensive, searchable databases of local police misconduct allegations in what could be a model for other cities struggling with out-of-control law enforcement.

Though the Eric Garner and Freddie Gray cases have made police violence the center of a national discussion about race, there’s little evidence police are increasingly violent. It’s just that, as The New York Times reports, a cop is now less likely to be shielded from the press after a shooting. The Chicago Justice Project, which designed the new database, calls it an effort to break the “blue code of silence” that has increased public suspicion of officers and limited dialogue between communities and police. Using Chicago P.D. records the site allows you to search cases, outcomes, and see the voting records of Chicago Police Board members.

In the Chicago Justice Project’s words:

“The police accountability system in Chicago suffers from a crisis in credibility partly because they operate in a such a opaque manner. Our new website called the Chicago Police Board Information Center is CJP’s first effort to break the opaqueness these agencies operate in by greatly increasing the accessibility of the data and documents they create. All the data used to drive this site is taken directly from Chicago Police Board documents. We will be continuing to update the police board cases - both new charges and decisions - as they are both filed with the board each month.”

It’s been a long time since Chicago police had the public’s trust. Polling social media, drugabuse.com found that the department had the tenth worst reputation in the nation among its residents. This isn’t surprising given some of the criminal behavior employed by beat walkers. A Chicago police commander accused of shoving his gun barrel down a suspect’s throat has had his trial postponed multiple times. In April, the city established a $5.5 fund for victims of former Chicago Police commander Jon Burge, fond of extracting confessions — true or false — by beating, suffocating, and electrocuting suspects. Even a pair of privileged white academics can spend years fighting to have a police assault acknowledged, as detailed in this exhaustive Vice reports.