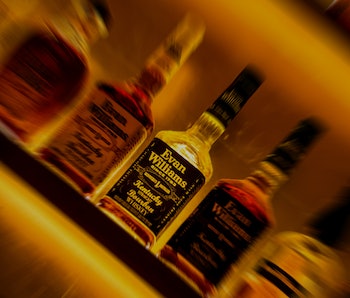 New science out of Stanford University could one day lead to revolutionary new drugs for the treatment of alcohol addiction.

A study, to be published Friday in Science, puts forward a new theory on how to interrupt the neural connection between binge drinking and eventual alcoholism.

The link between dopamine and addiction is well established. Dopamine is a neurotransmitter that rewards your brain with pleasure sensations when you do things like eat really delicious food or have sex. But too much dopamine can flood the brain and cause addiction.

Here’s what we didn’t know until now: Dopamine neurons, previously believed to release only dopamine, actually release a second neurotransmitter called GABA at the same time.

GABA acts an inhibitor, and the new research suggests that it works as a sort of safety check, preventing your brain from getting too much dopamine, explains Jun Ding, the senior author of the study.

“Together working with dopamine, it still makes people feel rewarded, feel happy, but not get addicted,” Ding tells Inverse.

The research team — including Ding, lead author Jae-Ick Kim, and others — conducted experiments on mice to establish the link.

The basic experiment was to give mice access to two drink choices: Plain water or an alcohol solution of either three or 10 percent. They monitored the mice for their preference for alcohol and level of consumption.

Some of the mice were manipulated at the genetic level to eliminate the function of a particular enzyme called ALDH1a1, which, as it turns out, is an important piece of infrastructure in the production of the dopamine “safety-check” that is GABA.

The mice with the inhibited gene function drank alcohol at levels comparable to mice who had been exposed to binge-level alcohol consumption.

The theory is that both of these conditions — reduced enzyme function and binge drinking — result in decreased GABA production and therefore heightened risk for alcoholism.

“You lose the safety check. You lose the inhibitory control. You have a higher chance of getting addicted,” says Ding.

Here’s the important part: When the mice had their enzyme function restored, they went back to normal drinking levels. This suggests the effect is reversible.

If a drug could be developed that enhances the function of the ALDH1a1 enzyme in humans, this could restore the brain’s safety check system and stop alcohol cravings at their source.

This, says Ding, would be a huge improvement over existing drug treatments for alcoholism. These work by inhibiting the enzyme that breaks down alcohol in our bodies. The result is that when people drink while they are on the drug, they feel really, really sick.

But the alcohol cravings don’t go away. A new drug targeting GABA production through the ALDH1a1 pathway might actually reverse the addiction, as oppose to just deterring the behavior.

Once the study is published, the team will be looking to partner with research groups that are trying to find this sort of drug, he says.

Ding’s team will also be looking to verify that the same thing is going on when it comes to addictions to other substances like cocaine and morphine, as well as behavioral addictions like gambling.

It could be that a medication like that could target not only alcoholism but other addictions as well. If it works, it would be nothing short of a miracle drug.

More like this
Science
7.26.2022 1:00 PM
Some people with epilepsy find relief with CBD — but the market is murky
By Kaiser Health News and Eric Berger
Mind and Body
7.23.2022 2:00 PM
Can mad honey get you high? A bee expert reveals the answer
By Elana Spivack
Innovation
8.5.2022 6:30 PM
This breakthrough stem-cell therapy could reverse genetic blindness
By Charles Q. Choi
Related Tags
Share: