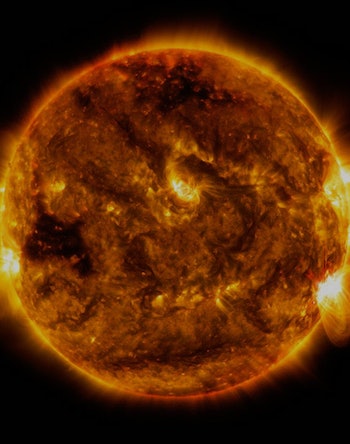 The Earth is heating up — and new data from the National Oceanic and Atmospheric Administration and NASA show we’re on track for the scary trend to continue apace.

The last decade was the hottest on record, while last year was the second warmest year recorded since 1880, according to the data. And humans are driving the trend.

“All of the trends are effectively anthropogenic at this point,” said Gavin Schmidt, director of NASA’s Goddard Institute for Space Studies in New York, during a Wednesday press conference.

Looking ahead at the 2020s, we can expect to see these alarming trends continue, the data show.

“The fact is that the planet is warming, and every year we add one new data point” Schmidt said.

“The main thing here is not really the ranking,” he said, but the “consistency” of the trends in the long term.

NASA and NOAA each conducted separate analyses, and found the same trends: Global temperatures in 2019 were the warmest since modern record-keeping began in 1880.

Every decade since the 1960’s has been warmer than the previous one, Schmidt said — “and not by a small amount.”

The warmest year ever recorded was 2016 — but together, the past five years are the hottest on record. (The highs of 2016, Schmidt says, were “aided, if you will” by a large El Niño storm that year.)

"It will be almost certain that the decade will be warmer than the previous."

The increase is primarily driven by the increase in carbon dioxide and other greenhouse gases produced by humans.

Analyzing both natural and human-induced causes, “we end up with an attribution of these trends to human activity, pretty much at the 100 percent level,” Schmidt said.

“Notwithstanding some sort of major, major geophysical event, it will be almost certain that the decade will be warmer than the previous,” said Deke Arndt, chief of the global monitoring branch of NOAA’s National Centers for Environmental Information, during the Wednesday call.

With that, it’s similarly “almost certain” that temperatures will break another world record, Arndt said.

Schmidt speculated about if and when we might see the world cross over the 1.5 degree Celsius threshold set by the United Nations Framework Convention on Climate Change. That could happen perhaps by 2035, he said — although humans changing their behavior in a way that’s unprecedented could make a difference.

“We aren’t able to tell you from looking at the past how society will react to this information,” Schmidt said.

Not all regions experienced warming in the same way: The Arctic is warming three times faster than any other region, on Earth, as Inverse has previously reported.

Apart from the significant temperature increase, climate change is linked to unusual weather events — some of them wreaking havoc on communities, and killing residents in their path.

A panel of climate change experts suggested strategies to mitigate the effects of the warming globe on human health and community welfare in a separate press briefing Tuesday.

Renee Salas, professor at Harvard University, says climate change takes a toll on hospitals and other healthcare providers — sometimes in ways that are subtle but significant.

Heatwaves, Salas points out, “kill more people than any other extreme weather event.” Under heat stress, people often “die quietly” in their homes, leading to under-reporting of the dangers of extreme heat.

Heat disproportionately affects older adults, children, teen athletes, and people who work outside. It also renders some medications ineffective — including albuterol, which is used in inhalers, Salas says.

The health consequences of a warmer world demand not only preparation, but also making the effort to curb climate change in the first place, Salas says.

“Acting on climate change is a prescription for health,” Salas says. Ultimately what’s needed most is the “political will to act boldly — to save the planet and ourselves,” she says.