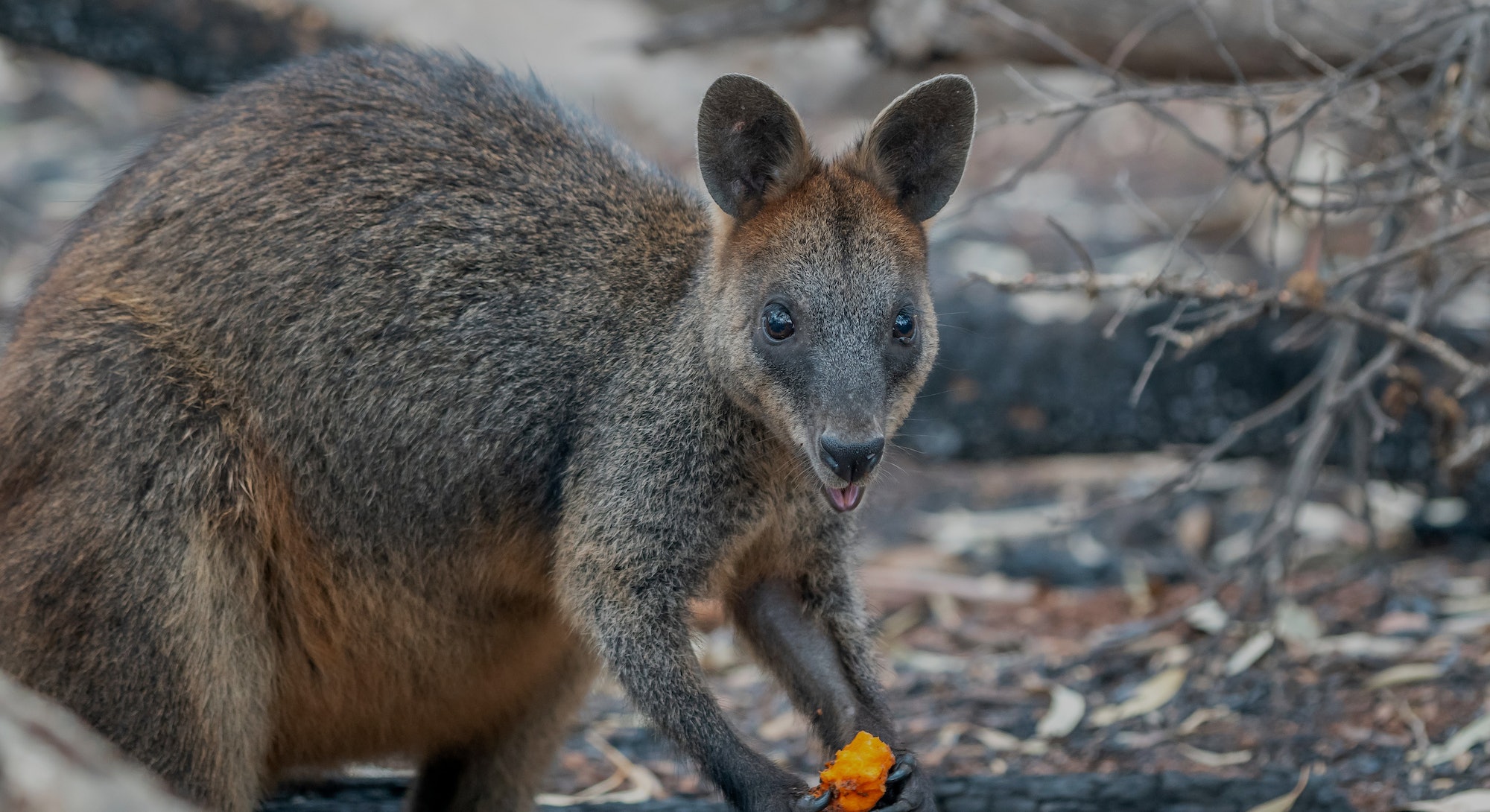 As Inverse reported earlier this month, the devastating bushfires sweeping Australia are the worst the country has seen in decades, destroying more than 2,000 homes and 18 million acres of land — “an area larger than the countries of Belgium and Denmark combined,” according to reports from CNN.

But out of the ashes in New South Wales emerges a positive development: Operation Rock Wallaby. To aid animals stranded by the fires, Australians are taking to the skies to drop thousands of kilograms of sweet potatoes and carrots to help feed their furry neighbors below.

“The wallabies typically survive the fire itself, but are then left stranded with limited natural food as the fire takes out the vegetation around their rocky habitat,” New South Wales Energy and Environment Minister Matt Kean said in a statement.

Kean tweeted out several photos of the supply drops, from the ground and from a helicopter, as well as photos of wallabies chomping down on the vegetables that fell from the sky.

Worsening drought has further stressed vulnerable wallaby populations, too. If colonies of wallabies are to survive, it’s becoming clear that humans will have to continue to intervene — and the food-dropping program is just one of several developments that New South Wales is working on, officials say.

As officials respond to the vast bushfires, some locals have been stepping up to help animals, too.

One video circulating on Instagram and Twitter shows about six or seven koalas seeking refuge in a car.

Other videos show people running into bushfires to save koalas, at times wrapping them in the shirt off their back.

At a time when climate change is exacerbating devastating events like droughts and fires, humans taking a stand to help the creatures who can’t help themselves offers a small bit of hope.