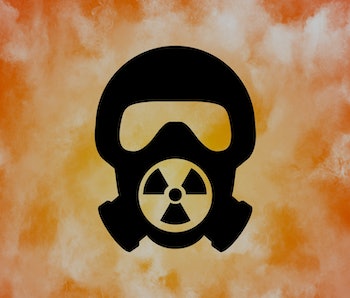 On Friday of last week, the United States military struck down and killed Iranian General Qasem Soleimani, leading to an outpouring of condemnation from Iran and increasingly fiery rhetoric between the country and the US. Adding to the tensions are concerns over the longevity of the 2015 nuclear deal world powers made with Iran, which the country’s leaders have said could soon be a thing of the past.

While a nuclear strike is not an imminent threat, and while Iran threatening the United States and vice versa is a decades-old story, both countries’ nuclear capabilities have brought up the question again: “how does one survive a nuclear attack?”

In the event of a nuclear strike, scientists say there are some ways to stay safe, assuming you survive the explosion itself. This isn’t to raise undue alarm, but given the situation with Iran — as well as North Korea’s repeated nuclear threats and tests — the more information you have on keeping out of harm’s way, the better.

Nuclear explosions cause a shock wave that can level buildings, according to the US Department of Homeland Security. The blast also causes a wave of heat that can be fatal, or cause severe burns on the skin and eyes.

If you survive the explosion, the first thing to do is to get inside, preferably underground — just doing that can reduce exposure by a factor of 10, experts say.

Timing is also key. It takes about 15 minutes for the fallout from a nuclear explosion to return to Earth, but taking as little time as possible to get inside is important, according to Michael Dillon, a scientist at the Lawrence Livermore National Laboratory.

In 2014, Dillon published a according to a mathematical model in the Proceedings of the Royal Society

Dillon’s model factors in transit time and the spatial patterns of fallout radiation to pinpoint precisely when you should try to find shelter if you aren’t already in a safe zone. He worked out that if you aren’t in a safe shelter, but you can reach adequate shelter within five minutes, then you should immediately evacuate to that shelter. But if you can’t get to an adequate shelter within 15 minutes, you should wait 30 minutes after the detonation before evacuating.

Anyone who was possibly exposed to fallout should immediately remove their contaminated clothing and wash any unprotected skin. Be sure you wash your pet, too, if there’s a chance they were exposed to radiation.

The world as we know it

When factoring in any travel time, remember that damage to the area you’re in will be extreme following an explosion.

That means downed phone and power lines, gas leaks, broken water mains, and damaged roads, bridges, and tunnels, according to the US DHS. Nuclear explosions can also produce an electromagnetic pulse, which can interfere with electronic equipment. So many of the usual ways of communicating and getting around won’t be possible.

The first hour after a nuclear explosion is the most dangerous in terms of radioactivity. Radioactive elements are complex— including both short- and long-lasting isotopes — so we can only estimate the rates of radioactive decay, the DHS says.

After the first seven hours, radioactivity levels should be reduced by about 90 percent. After two days, that number falls to 99 percent.

If you’ve taken cover and are waiting in this kind of situation, pay close attention to announcements on your emergency radio, as Lifehacker reports. Stay indoors unless emergency responders tell you otherwise — that announcement will come, with details on where to go and how to get there.

But where — if anywhere — would be safe? In 2016, researchers writing in The Guardian reported that, in this situation, Antarctica would be the safest place to live on Earth. Another option would be Easter Island. But unless you are planning on moving to these remote locations any time soon, know that you can take concrete steps to protect yourself.