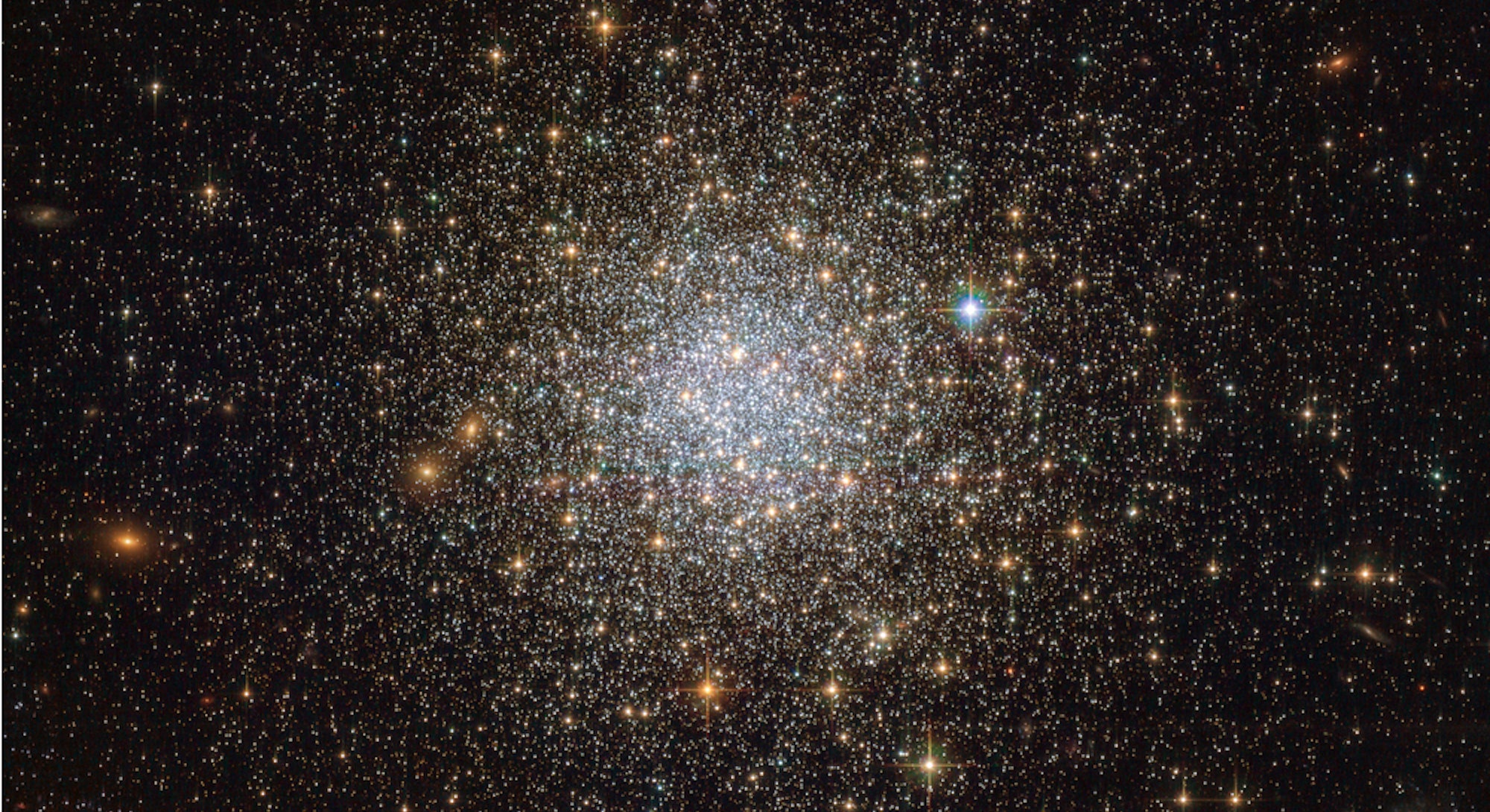 Staring out into the infinite universe can be beautiful, frightening, and awe-inspiring. From monstrous black holes to colliding galaxies and stars that burn out in a spectacular light show, space holds wonders beyond our wildest imagination.

Here, Inverse has gathered some of the most fascinating glimpses of the cosmos that the world of astronomy has had to offer us in 2019.

Black holes intrigued us long before we even laid eyes on one. But this year, the very first image of a black hole in all of its monstrous glory was released on April 10, 2019. The black hole is located around 55 million light years away from Earth in galaxy M87. Since black holes are extremely dense objects, with an impressively strong gravitational pull that even light itself can’t escape, capturing an image of these cosmic monsters was no easy feat. The image was captured by the Event Horizon Telescope project, and reveals the shadow of the black hole at the center of its host galaxy.

A new, detailed image of Jupiter revealed the giant planet in all of its colorful glory. Hubble captured this view of Jupiter on June 27, 2019, as the planet shows off its signature Great Red Spot as well as the swirling colors of Jupiter’s atmosphere caused by winds and storms.

This is our galaxy like we’ve never seen it before. The Spitzer Space Telescope captured the center of the Milky Way using infrared cameras, piercing through the interstellar dust that would otherwise obscure astronomers’ view. In this image, we are able to see the different stars that crowd the busy center of the galaxy.

It may have failed its lunar landing, but India’s Chandrayaan 2 Moon lander was successful in capturing high-resolution images of the moon’s surface. Released in August, 2019 about a month after the launch of the mission, the images reveal the craters of the moon in great detail. The lander lost contact on September 6, and crash landed on the lunar surface.

This year, the second interstellar comet ever observed by astronomers flew by the Sun in October. In this image, Comet 21/Borisov is seen in our Solar System, with a distant spiral galaxy in the background. The comet was first observed by an amateur astronomer on August 30, 2019, and was the second alien visitor after its predecessor Oumuamua which appeared in our Solar System in the year 2017.

It’s a glimmering gathering of stars. This image shows thousands of stars being held together by gravity in a global stellar cluster known as NGC 1466. The blue stars have a higher mass than the rest of the members of this ancient star cluster, and therefore sink towards the center. The cluster is moving slowly in space, and is now near the outskirts of the Large Magellanic Cloud, a satellite galaxy located near the Milky Way.

Asteroids are believed to be the leftover scraps of planetary bodies, ejected from their solar systems and flying through space until they completely disintegrate. In this image captured by Hubble Space Telescope, a small asteroid, known as (6478) Gault, is on a path of self destruction as it ejects material behind it in the form of two comet-like tails. The asteroid is around 214 million miles away from the Sun, and is located roughly between the orbits of Mars and Jupiter.

Although we see it everyday, the Sun still poses a mystery to us. Efforts to try and understand the mechanics that govern our host star has only led us to more questions about this bright, burning ball in the sky. NASA’s Solar Dynamic Observatory, which was launched in February 2010, snaps an image of the Sun each day in a different wavelength. This image was taken on August 6, 2019.

As massive as they are, galaxies don’t just hang out on their own. In fact, the gravitational pull of galaxies inches them closer and closer to each other until they eventually collide. Our own galaxy, the Milky Way, is on a collision course with its nearby galactic neighbor, Andromeda. But their merger will likely take place in about four billion years or so. This galactic pair is collectively known as UGC 2369, and they are seen interacting with each other in this wholesome cosmic image as their shape begins to distort in the merger process.

As a star nears its tragic death, it goes out in a stellar explosion known as supernova. One of the most powerful events in the whole universe, a supernova explosion will destroy anything in its path —- including dust. In this image, NASA’s SOFIA observatory shows a supernova explosion destroying the dust particles of the dying star. However, much to astronomers’ surprise, the dust reforms after the explosive wave passes.

In July, 2019, the Hubble Space Telescope captured this massive outburst from a stellar system that it has had its eyes on for two decades. The system, known as Eta Carinae, has two stars and is at least five million times brighter than the Sun. In this image, the star is having one of its known violent outbursts. Using ultraviolet light, the telescope revealed the materials being emitted by the stellar system, with magnesium glowing in blue, surrounded by an outer layer of nitrogen shown in red.